Chinese brand CFMoto is going racing in 2022 and will be up against KTM, GasGas, Husqvarna and Honda teams in the junior grand prix category. 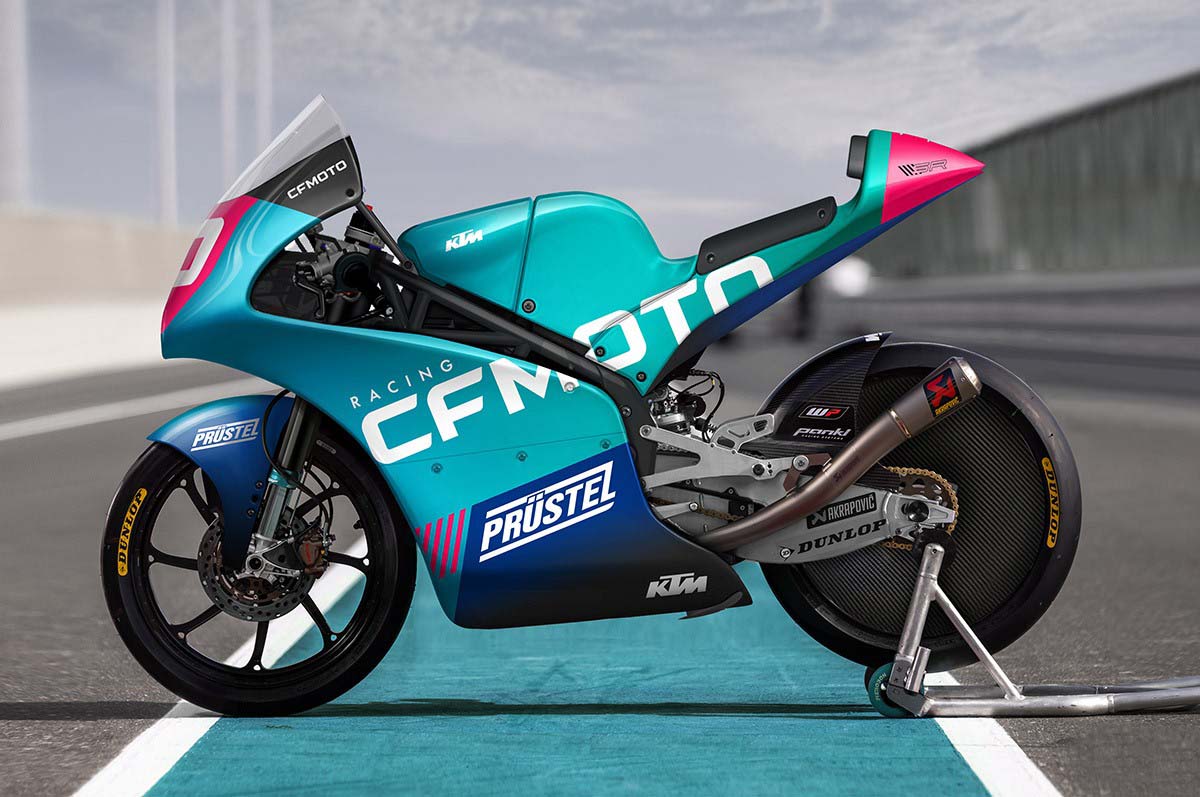 The deal, announced on 5 November at the Algarve GP round, will see CFMoto partner with the Prüstel GP team, using equipment based on KTM’s championship-winning RC4 that’s fielded by around half of the current Moto3 grid.

A technical and operational partner of KTM since 2013, CFMoto will have full access to the Austrian brand’s experience and engineering acumen for their Moto3 campaign.

Prüstel GP is based in Germany and has been in Moto3 since 2016, fielding race winners like John McPhee and 2020 Moto3 World Champion, Albert Arenas.

“Entering the category and the Grand Prix motorcycling world championship means a new adventure for us and one we are very excited about,” said Su Zhen, CFMoto Racing Development Manager.

“We are grateful to have some strong partners, like the Prüstel GP team, and we know the series is very competitive. We cannot wait to start, and we will also look to challenge more international racing events in the future. We hope fans, especially the ones in China, will follow us on our journey!” 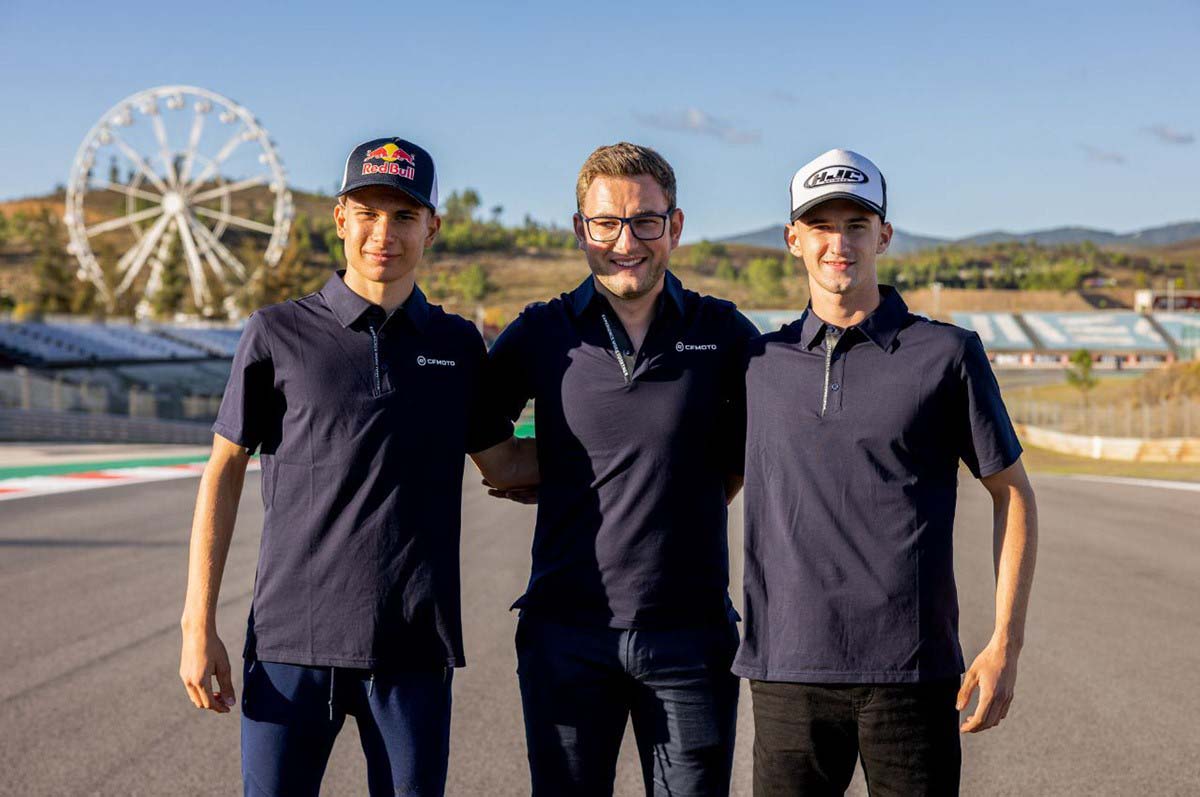 For 2022, Prüstel GP’s riding roster will be made up of Spanish teenagers, Xavier Artigas and Carlos Tatay, replacing Filip Salac and Ryusei Yamanaka. Artigas scored a podium finish on his maiden Grand Prix appearance at Valencia in 2019, and Tatay is a former Red Bull MotoGP Rookies Cup champion. Both riders are currently with other teams in Moto3.

“We are proud that Prüstel GP can collaborate on a project like this. In tricky times worldwide - and also for motorsports – we are grateful to have a partner like CFMoto on our side,” said Florian Prüstel, Team Manager.

“With this big global manufacturer behind us we will have a great opportunity to bring the best sporting results and media exposure for the brand.”

CFMoto’s entry in grand prix racing follows years competing in various domestic championships, as well as being a mainstay at the Isle of Man TT since 2013.