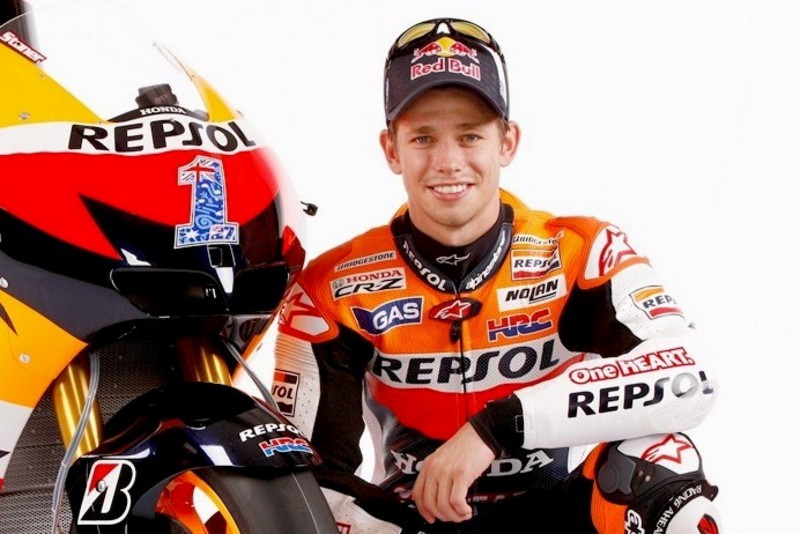 Following his victory at Laguna Seca, Stoner sits third overall in the championship, behind Jorge Lorenzo and Dani Pedrosa
At the midway point of the 2012 MotoGP World Championship, defending champion Casey Stoner took time to assess the season so far, and the challenges that remain for the season ahead.

Following his victory at Laguna Seca, Stoner sits third overall in the championship, behind Jorge Lorenzo and Dani Pedrosa. Of the ten races contested so far this season, Stoner has won four, and finished on the podium on three other occasions.

Just past the halfway point of the season, how do you evaluate your riding, the team and the bike so far?
"To be honest, I'm pretty happy with my level, but we made a couple of small errors in Mugello and Sachsenring, which unfortunately left us far behind in the standings. I think if things had been slightly different, if the weather had been different at some races and if we had not made these mistakes, then we would be in a good position. As we are now, we have lost a lot of ground on where we should be."

A year ago at this point in the season, you were first in the championship with 20 points more than you have now. What has changed?
"As I said, if we had raced at Le Mans in the dry, then I have to think that we were in a good position to win there and if I would have won at Sachsenring we'd probably be leading the championship now. But unfortunately I made those mistakes, things did not go as planned. In Qatar I had arm pump when our pace was clearly the fastest. Things have not been perfect. The new rule with the tyres has been a disaster for us and it has become very difficult to make the bike work."

Jorge Lorenzo, Dani Pedrosa and you are the current frontrunners in MotoGP. How do you beat those two, and what are their strengths and weaknesses?
"I think it changes every week. Clearly, Jorge is always up there, always looking very strong and consistent, because obviously he is very happy with this new tyre. That compound is what they preferred in preseason testing and myself and Dani were the ones who didn't like it at all. Your strengths and weaknesses change at every race and you have to evaluate that over a weekend, which is never easy."

The three of you have shared the podium more times than any other group of riders. Is the level of talent in the World Championship higher than ever?
"I think so. I think it has been getting better year after year. The first four from last year have always competed together, we rose up through the lower classes together and I think this season the level has been increasing in strength. It is a great feeling to have been on the podium so many times with Jorge and Dani. We respect each other a lot, we enjoy good battles and races and I am very happy to be taking so many podiums alongside them in my final season."

Except for in the Netherlands, Lorenzo has always placed first or second this year. Can he keep this level up for the entire season?
"Yes, there is no reason to think otherwise. He has maintained this level until now and can keep it up until the end of the season. He has been very consistent, always there or thereabouts. Although sometimes he has not had enough speed, he is still always up there and if he doesn't finish first, then he places second. It will be very difficult to finish the season ahead of him, but we have to try."

In Germany it was all-or-nothing…
"No, it really wasn't. To be honest, I was very happy with the position that I was in. I was planning my attack for the last corner, where I was much better at braking than Dani, with much more confidence, and when I released the brake a little early on the previous corner to go easy on the tyre, I think I was too soft and didn't load the front enough. I crashed and I was very surprised about that, because I was very confident about overtaking. In the end, I messed up our championship in that one moment. It wasn't the best way to finish off a weekend."

Does the zero carry a lot of weight?
"No. I can only do what I can and mistakes happen. Quite simply, we will do everything we can until the end of the season."

Do you think that after that crash and the result in Italy, people wrote you off prematurely?
"They always do, even last year. When we were not ahead in the championship, they forgot about us. Every year I have a couple of bad races and people forget too quickly. You must remember what we do, that I'm World Champion and I do not give up so easily."

What is your strategy for the second half of the season?
"There is no strategy, ever. During the season you have to try to be the fastest at each race and in each session, try to run the bike and tyres as best you can, and get more points than any other rider. It's the best that we can do."

You have always spoken well of Marc Márquez. How do you see him doing next year on your bike?
"To be honest, I don't know, because I'm not sure about the level of Moto2. We can see that he is at a much higher level than other riders, but I'm not sure about the level of his rivals. We have not seen a Moto2 rider come up to this championship with much success; Stefan Bradl has had a couple of decent results, but I made mistakes in those races so maybe things have looked a little better than they are really. We have yet to see a Moto2 rider triumph in MotoGP, but if anyone can do it, it's Marc."

If Marquez were to ask you for advice on how to approach the premier class, what would you say?
"I think every rider has their own opinion and I don't think Marc will ask me for any advice Marc. In fact, he probably considers himself a little better than I am, because he has a lot of confidence in himself and his abilities. I think he may need to relax a little, because this category is not so easy."

There are nine races to go before you put an end to your career in MotoGP. Do you sometimes think "I'm not going to ride here again" when you go to circuits? What do you think will be the thing that you miss the most?
"I don't really think not about not riding anymore at any track. I can come back whenever I want. Perhaps not competing, but I can take a ride at tracks. I'll miss racing, because unfortunately it is only a small part of the sport -very small. I will really miss the people I work with and with whom I enjoy spending time. It will be very sad not to see them anymore."

Following the race at Laguna Seca comes a break for two weeks. Is it a good time to play with your daughter, enjoy the company of your wife, relax fishing, or to train to the maximum?
"Both. I'll try to fish a little, and I have some friends who have come to see us, so we're going to spend some time together and relax a little. But I will also try to train to be fit for Indianapolis." 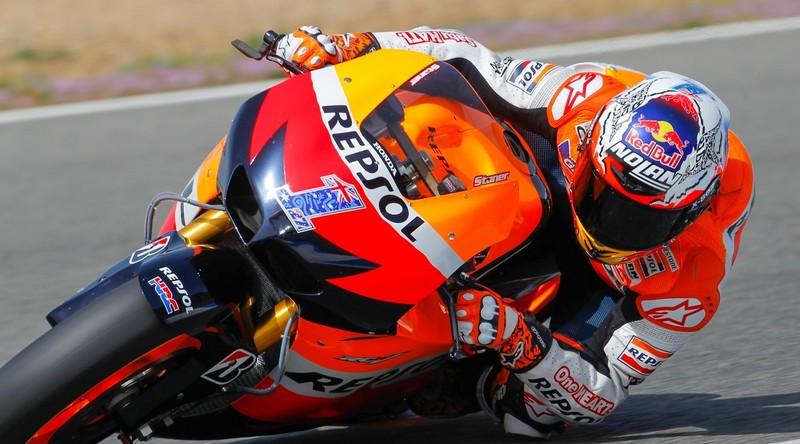 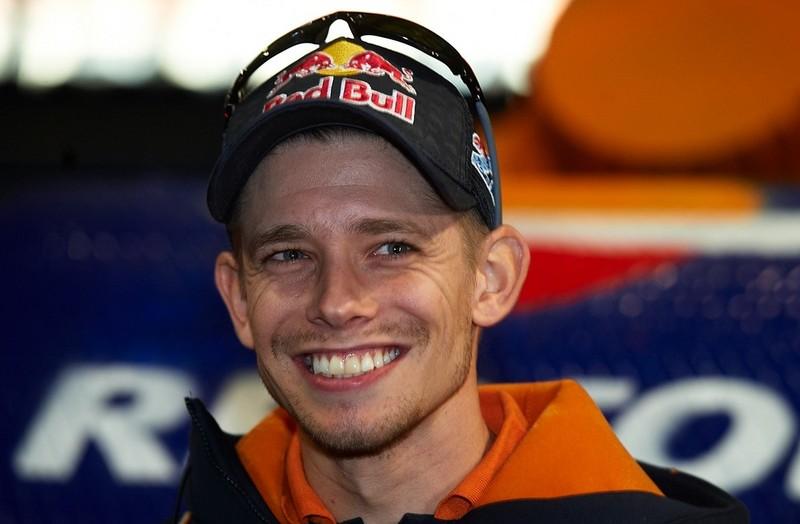