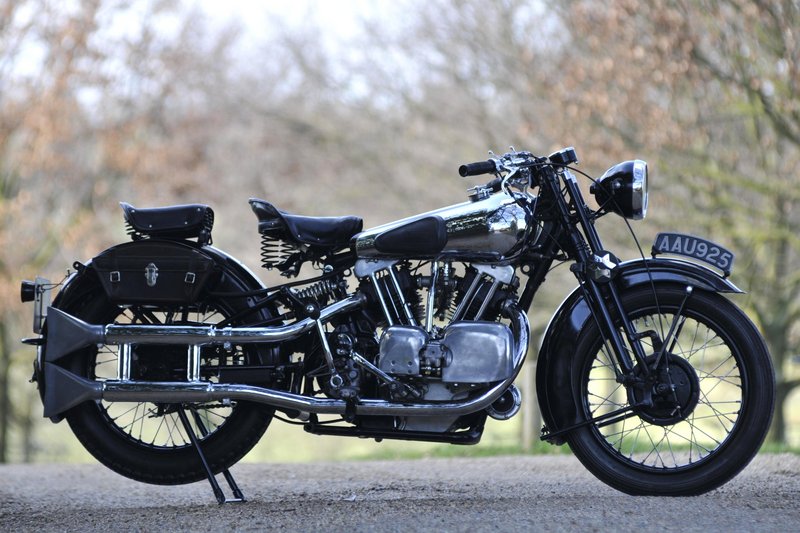 Amongst the two hundred lots consigned for Bonhams' "Sale of Important Pioneer, Vintage and Collectors' Motorcycles" on April 29, a 1934 Brough Superior SS100 was the top seller
Bonhams annual Stafford auction, held in conjunction with the 32nd Classic Motorcycle Show, once again proved the 'blue riband' status of Brough Superior motorcycles amongst collectors.

Amongst the two hundred lots consigned for Bonhams' "Sale of Important Pioneer, Vintage and Collectors' Motorcycles" on April 29, a 1934 Brough Superior SS100 was the top seller.

Known as the "two of everything" model, for its twin carbs, two magnetos and two oil pumps, this model is regarded as the ultimate development of the 996cc JAP v-twin SS100 model introduced in 1924. Only eight versions were built in this configuration during 1934, with one of the customers reputed to be T.E. Lawrence, who was killed - riding another Brough - before delivery of his 'two of everything' SS100.

Known history of the bike revealed it was sold in the Stratford-upon-Avon area of the UK, had originally been hitched to a sidecar, and passed through another owner's hands before returning to its original dealership in 1954. From there, the SS100 went to the famous Murray Motorcycle Museum on the Isle of Man. It was sold again in 2005 to a private collection, and was then completely restored cosmetically and mechanically.

According to a regular tally on the top-selling motorcycles at auction compiled by the Vintagent (thevintagent.blogspot.com.au), this Brough now sits at number 3 on the list of top 20 sellers. A 1929 Brough Superior sits ahead of this motorcycle, with the #1 slot occupied by a 1915 Cyclone board track racer, which sold for over US$500K in 2008.

For more details on these or other lots from this auction, go to www.bonhams.com

All prices include buyer's premium 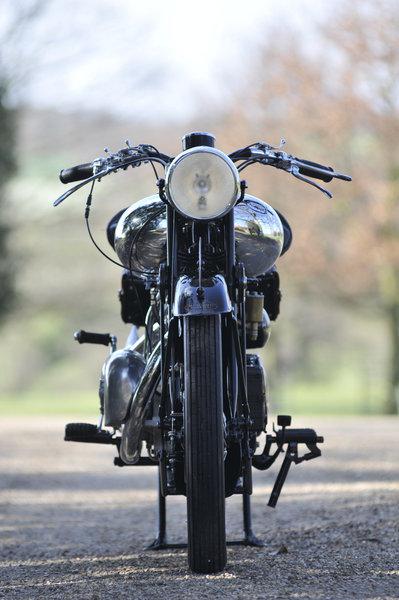 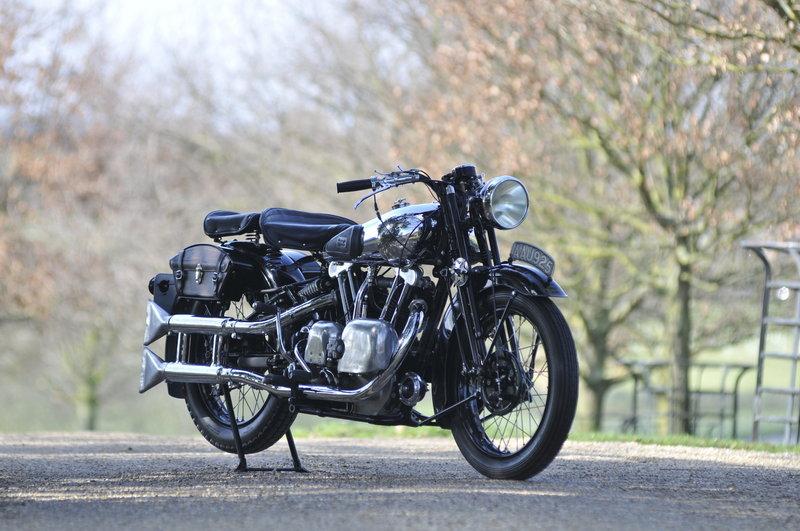