The reborn Brough Superior motorcycle company has released a new model – the Lawrence. 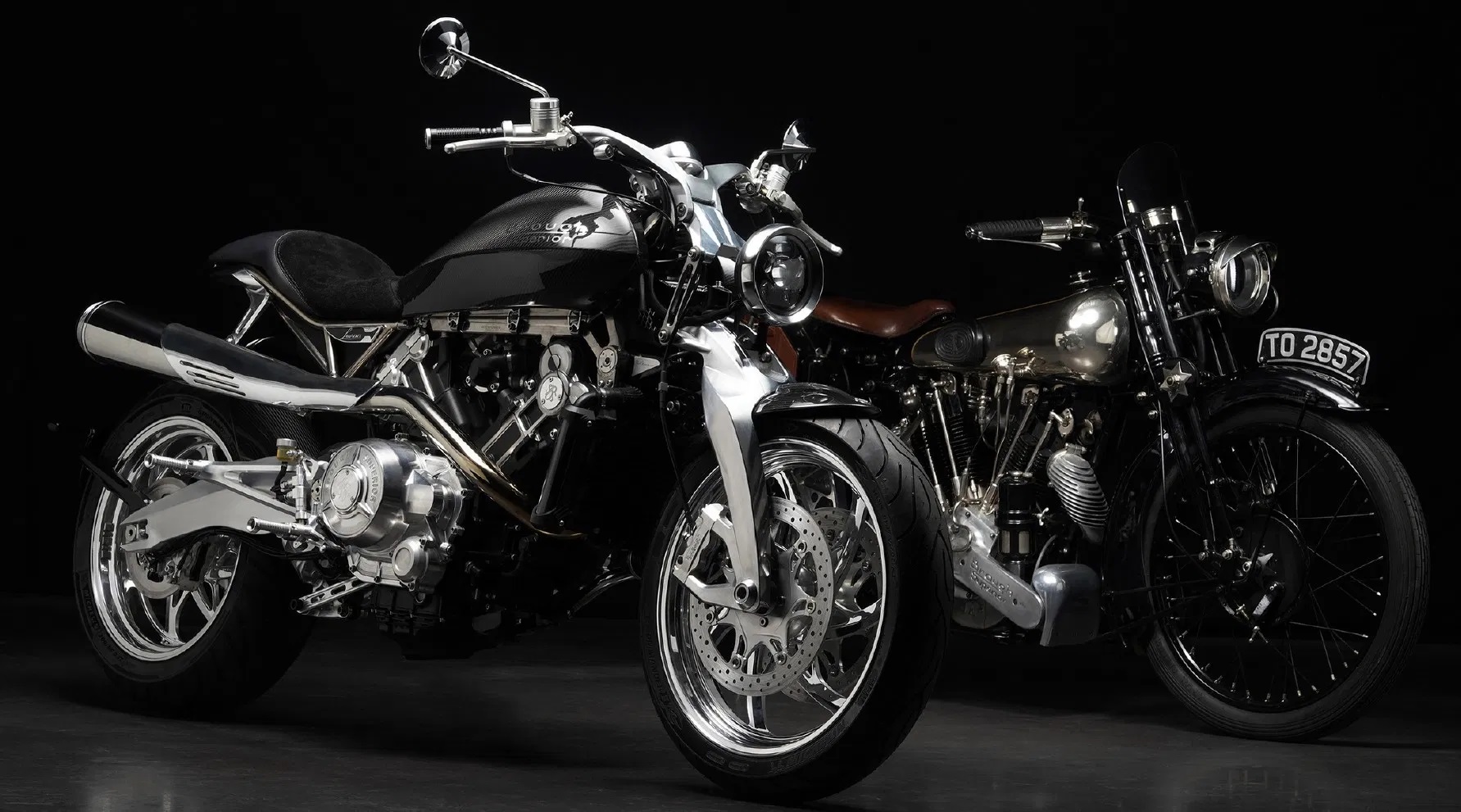 A bike that looks both forward and back, the Lawrence features modernised styling, but takes its name from the most famous client of the original Brough Superior brand – T.E. Lawrence.

Better known as Lawrence of Arabia (and immortalized in the 1962 movie of the same name), Thomas Edward Lawrence was an avid motorcyclist, with a passion for going fast.

In the 1920s and ‘30s, a Brough Superior was the best machine to fulfill that passion and Lawrence owned no fewer than seven over of them (some sources say eight), including sidevalve SS 80 and overhead valve SS 100 v-twin machines, which were capable of achieving 80mph (128km/h) and 100mph (160km/h), respectively. 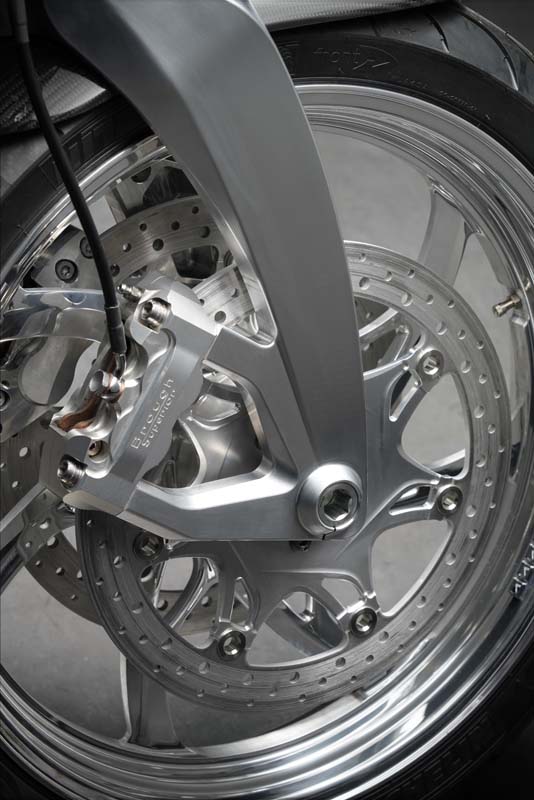 Lawrence’s enthusiasm for Brough Superior motorcycles saw him regularly correspond with company founder George Brough and he would name all seven of his bikes ‘George’ – from George I to George VII – as a sign of respect. 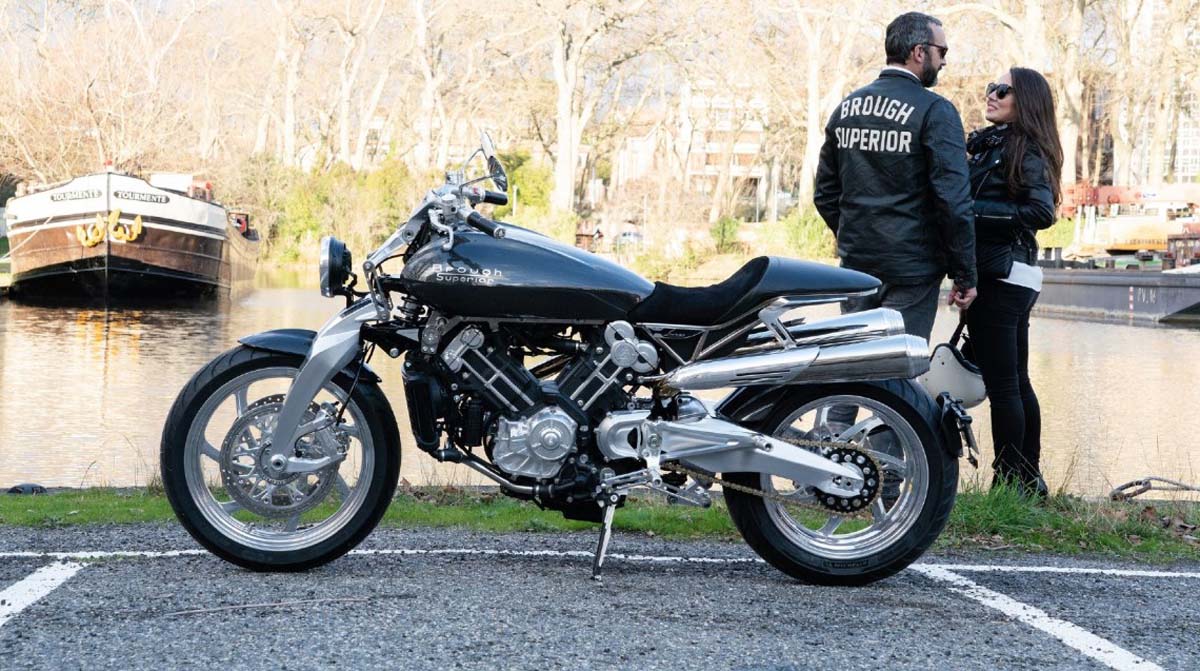 While a revival of Brough Superior has been attempted numerous times since, it only came to fruition in 2013 when Frenchman Thierry Henriette (the man behind the Voxan motorcycle brand) acquired the rights to the Brough Superior name and relaunched it with a prototype inspired by the C1930s SS 100. Production began a year later, with the new Brough Superior range finally making its way to Australia in 2020.

While the existing SS 100, Pendine and Anniversary models feature a common drivetrain and styling inspired by the original Brough Superiors from the 1930s, the Lawrence is more modern. As Brough Superior themselves put it, the Lawrence “propels the century old motorcycle house into the 21st Century,” adding that the new model is a game-changer, as both an ode to the brand’s past and a glimpse into its future. 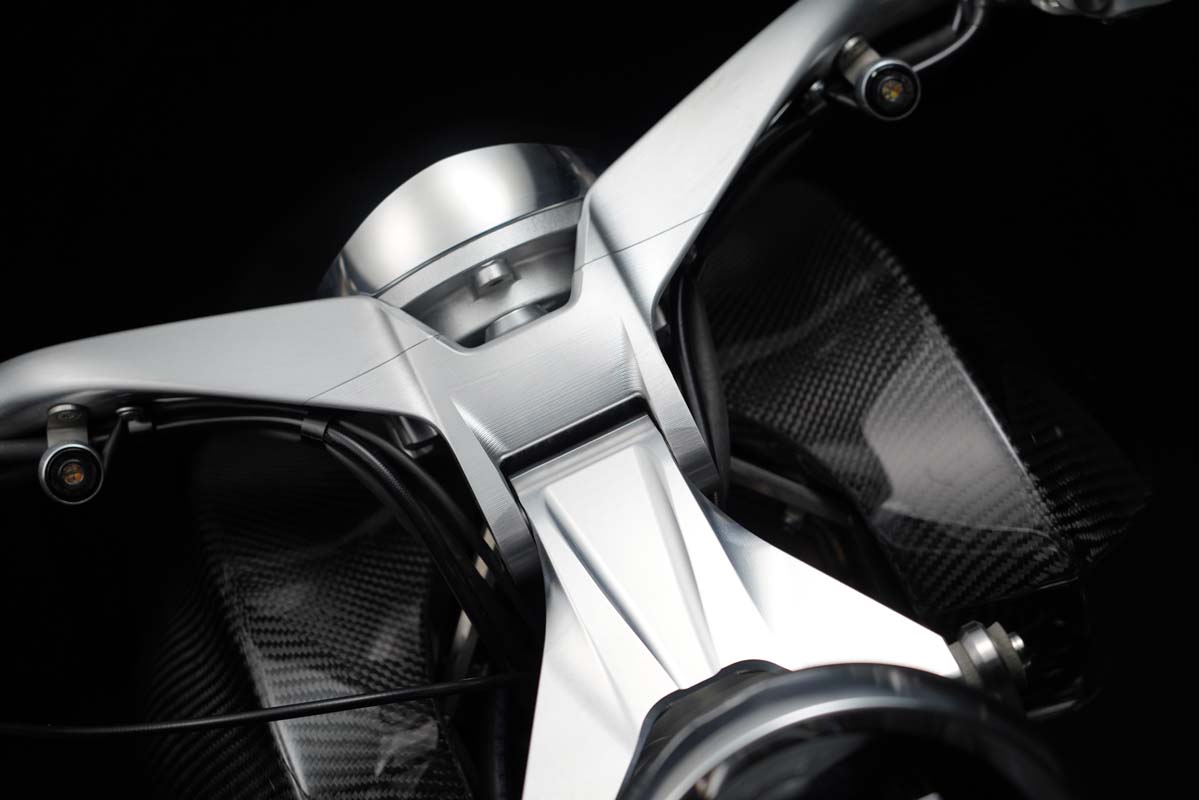 In terms of mechanical spec, the Lawrence is virtually identical to the new SS 100 and its derivatives, using the same 997cc liquid-cooled 8-valve DOHC v-twin developing 75kW at 9600rpm and 87Nm at 7300rpm. The six-speed transmission, full titanium frame and complex Beringer braking system with four front discs and ABS are unchanged, too.

The differences on the Lawrence start with the style and finish of the front suspension, which retains a Fior-type configuration (like BMW’s single-shock Telelever) with titanium links and an Öhlins shock, but features a new design in solid cast aluminium, rather than the “open” style of the SS 100. The swingarm is a new design, too, with similarly chunky cast aluminium construction and the same bare metal finish. An Öhlins shock is used at the rear, as per the other Brough Superior models. 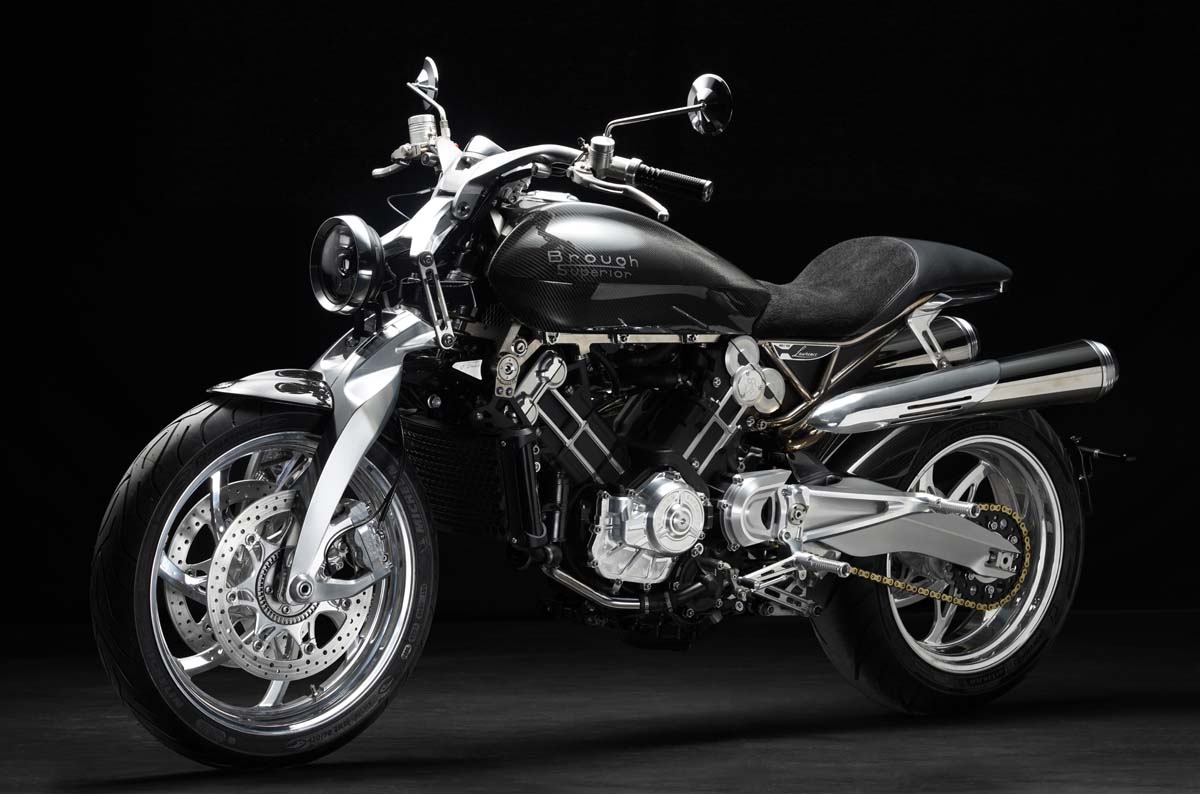 Continuing the theme of the Lawrence’s suspension and wheels, the handlebar is a bespoke aluminium unit, similar to that on the SS 100, but reshaped, with slightly more pullback and incorporating a sunken instrument pod. This, along with repositioned brake master cylinders and deletion of the SS 100’s flyscreen, make the bars look higher and wider than they actually are. 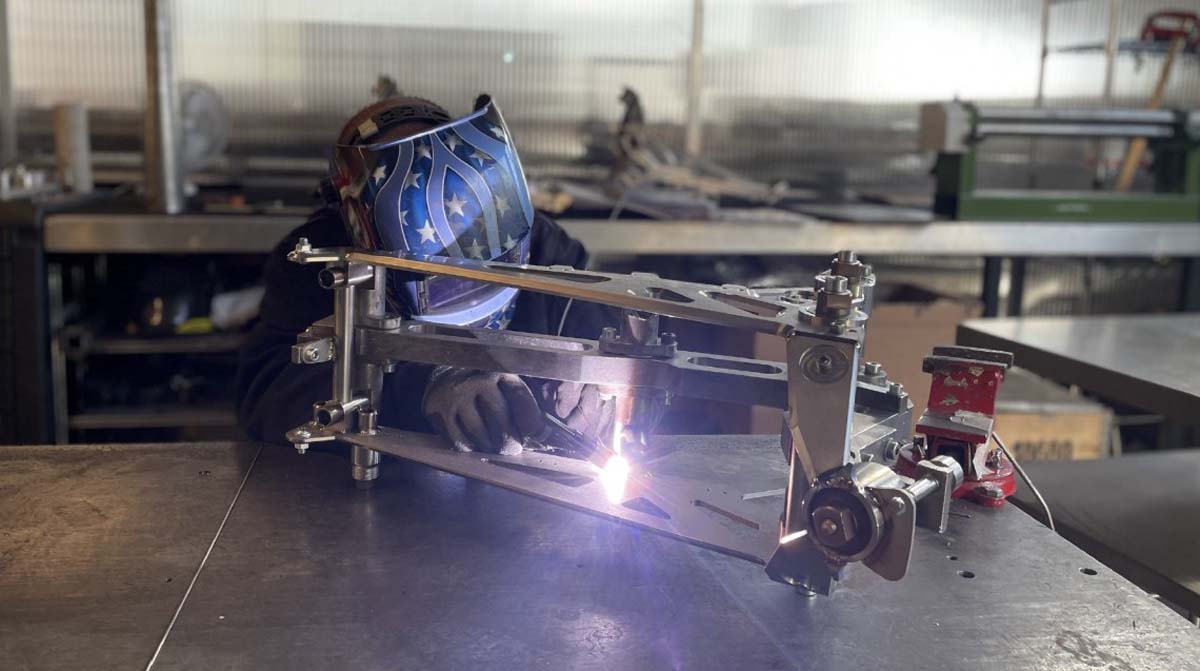 A modern, streamlined fuel tank is another standout feature on the Lawrence. The tank’s styling is said to be inspired by the curved Bedouin daggers Lawrence wore during his campaigning in the Middle East; with the complex curves only possible with carbon fibre construction. Smaller at 17 litres (18.2 litres on the SS 100), the tank is complemented by carbon fibre front and rear mudguards.

There are more bare metal finishes on the engine than other Brough Superior models, while another styling touch of note is the treatment of the exhaust pipes, which have been rerouted from an offside shotgun configuration to under the tail on each side. 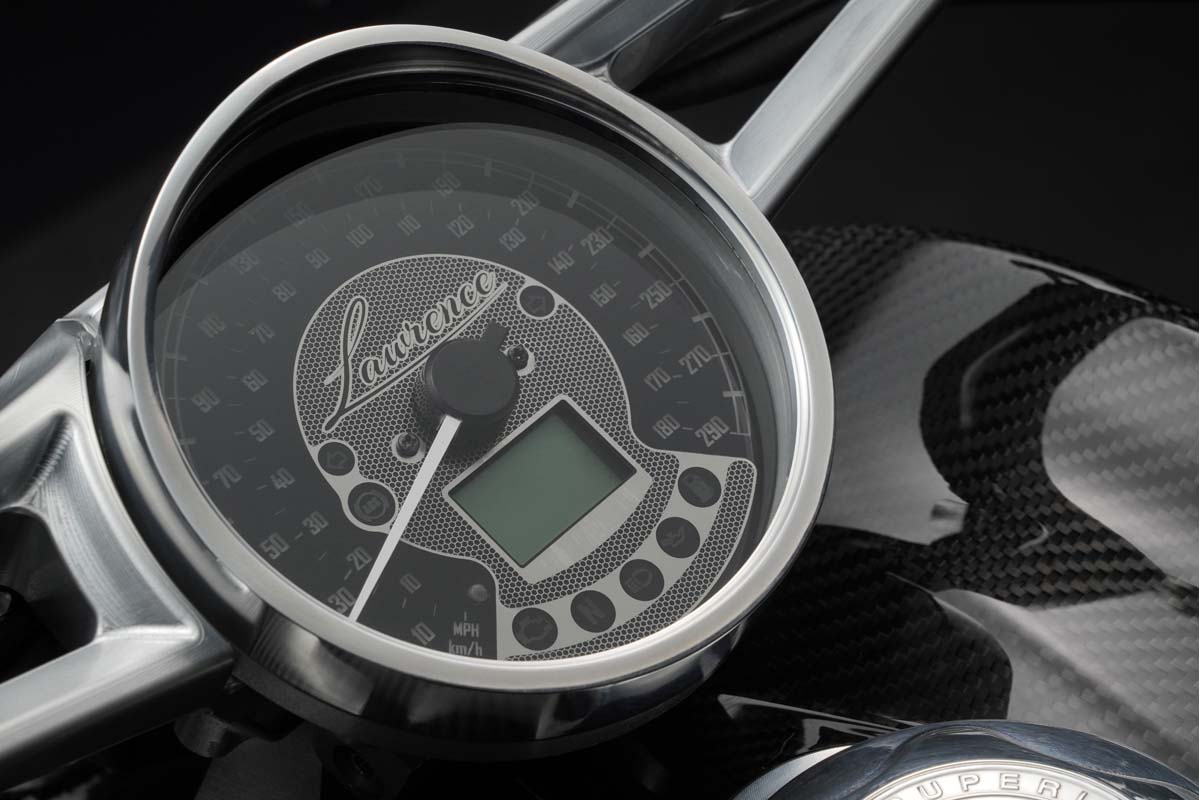 Unlike the other new Broughs, the Lawrence is built for two, with a (slim) pillion seat and pillion pegs as standard. The seat is “split” with suede for the rider and leather for the pillion. The seat’s shape hides its pillion capabilities, while the exhaust configuration and repositioning the number plate carrier to a swingarm-mounted extension keeps the tail looking tidy.

The solid aluminium suspension componentry, along with the extra kit required to accommodate a pillion, means the Lawrence is 14kg heavier than the SS 100 at 200kg, but Brough Superior claim to have maintained a perfect 50:50 front:rear weight distribution.

Identifying Lawrence features are limited to the analogue/digital instrument pod and the small side covers, where each unit’s individual build number is also identified. Only 188 examples of the Brough Superior Lawrence will be produced; the number inspired by Lawrence’s birth year of 1888. 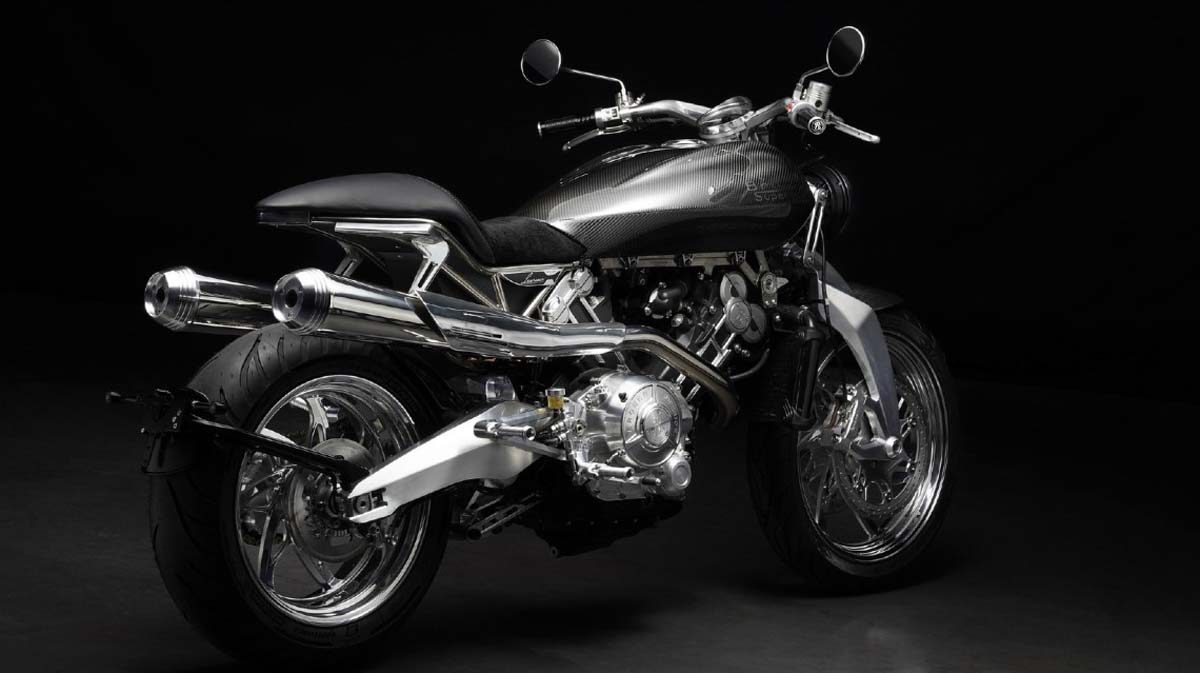 Originally due to debut at last November’s EICMA show in Milan, the cancellation of that event means the Lawrence was only revealed globally in March.

Of the planned 188-unit run of hand-built Brough Superior Lawrence motorcycles, a handful will be available in Australia. Local pricing has not been revealed, but in Europe, the Lawrence is listed at 66,000 Euros.

As the existing Brough Superior range starts at $110,000 here, with the MY19 limited-edition Anniversary model priced at $168,000, it’s likely the limited-edition Lawrence will command somewhere in the region of $150,000.

For more details, go to: broughsuperioraustralia.com.au