A recent auction in the UK showed why classic Brough Superior motorcycles continue to dominate the collectable motorcycle market. 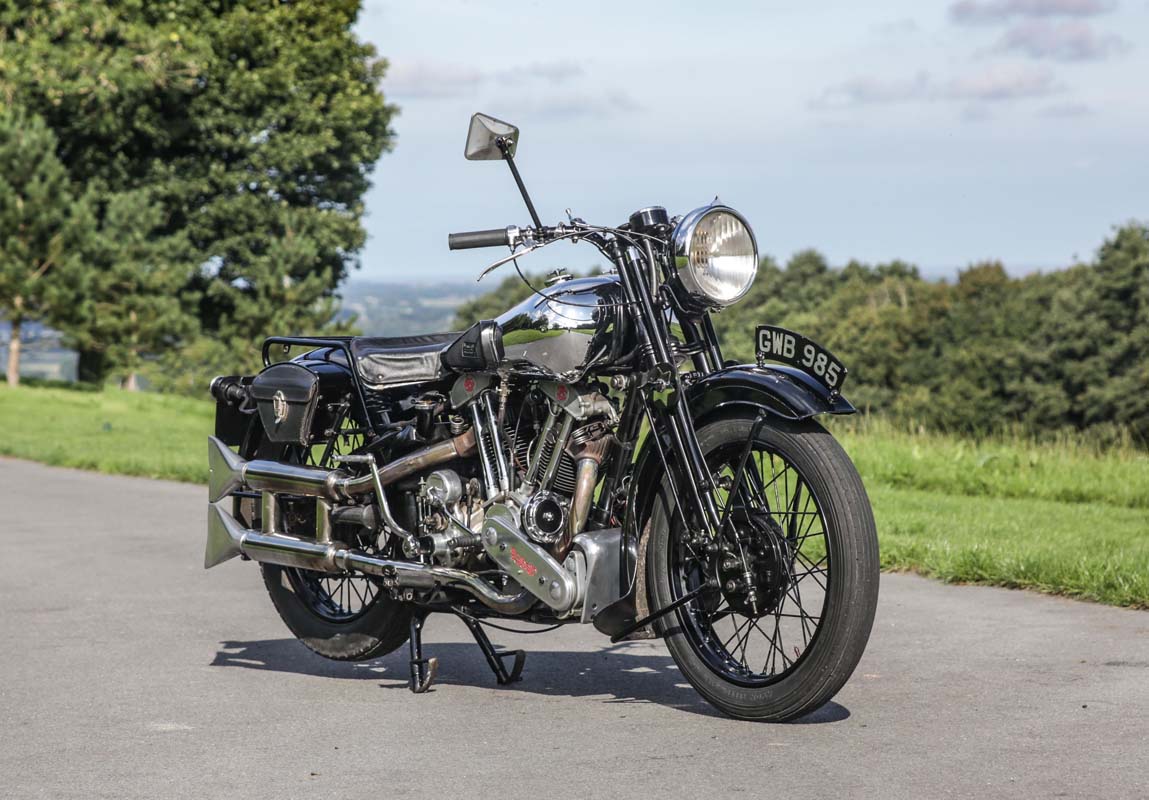 At Bonhams’ ‘Golden Age of Motoring Sale’ conducted in London on 5 November, a 1939 Brough Superior SS100 was the only motorcycle on offer at an auction dominated by memorabilia and veteran cars, but it was almost the top seller.

The SS100 on offer was one of seven originally ordered by the Sheffield Police in 1939 as sidecar outfits. All seven were delivered on 6 September, 1939, just days after Great Britain declared war on Germany. 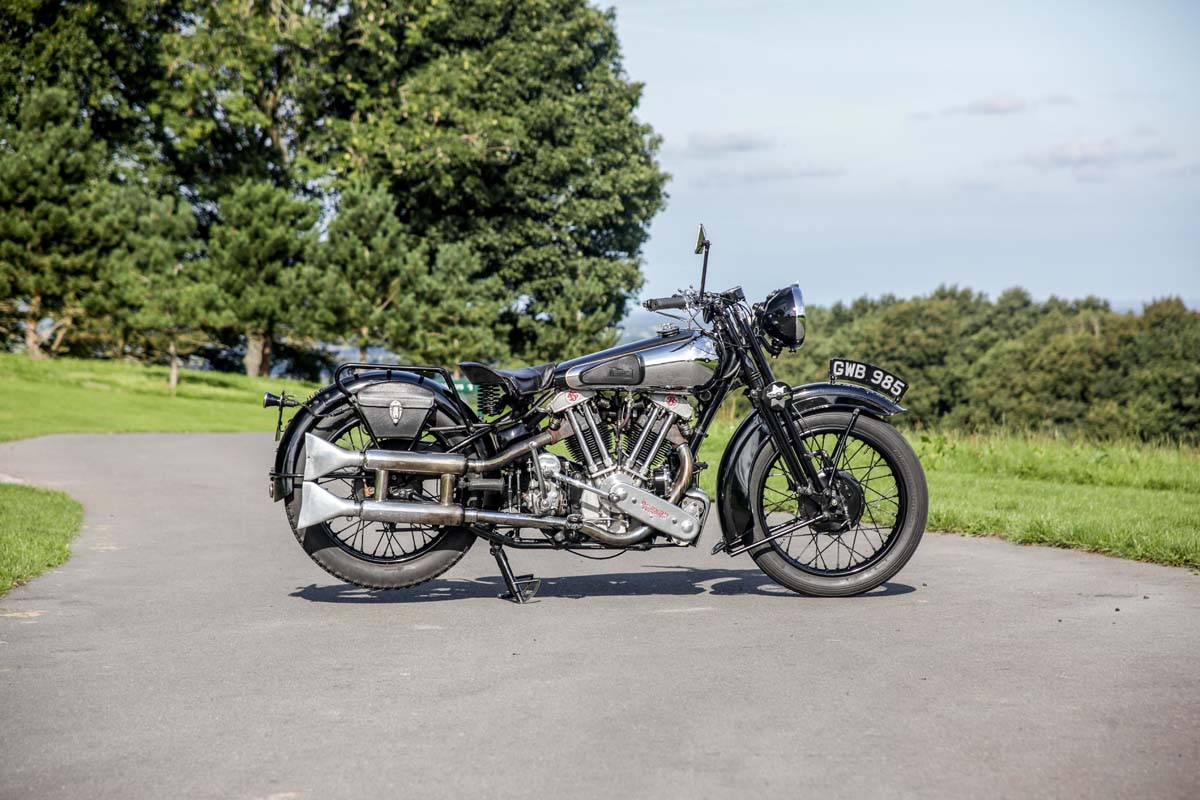 How much use these outfits saw during World War II is unknown, but the unit on offer, with UK registration GWB 985 from new, came into the possession of its first private owner - still with the special police sidecar fitted - in 1947.

Subsequent owners included Ronald H Clark, who authored the book Brough Superior – the Rolls-Royce of Motor Cycles, and English motorcycling journalist, John Griffith. Given those connections, it’s unsurprising that GWB 985 has featured in several books and magazine articles on Brough Superior motorcycles over the years. 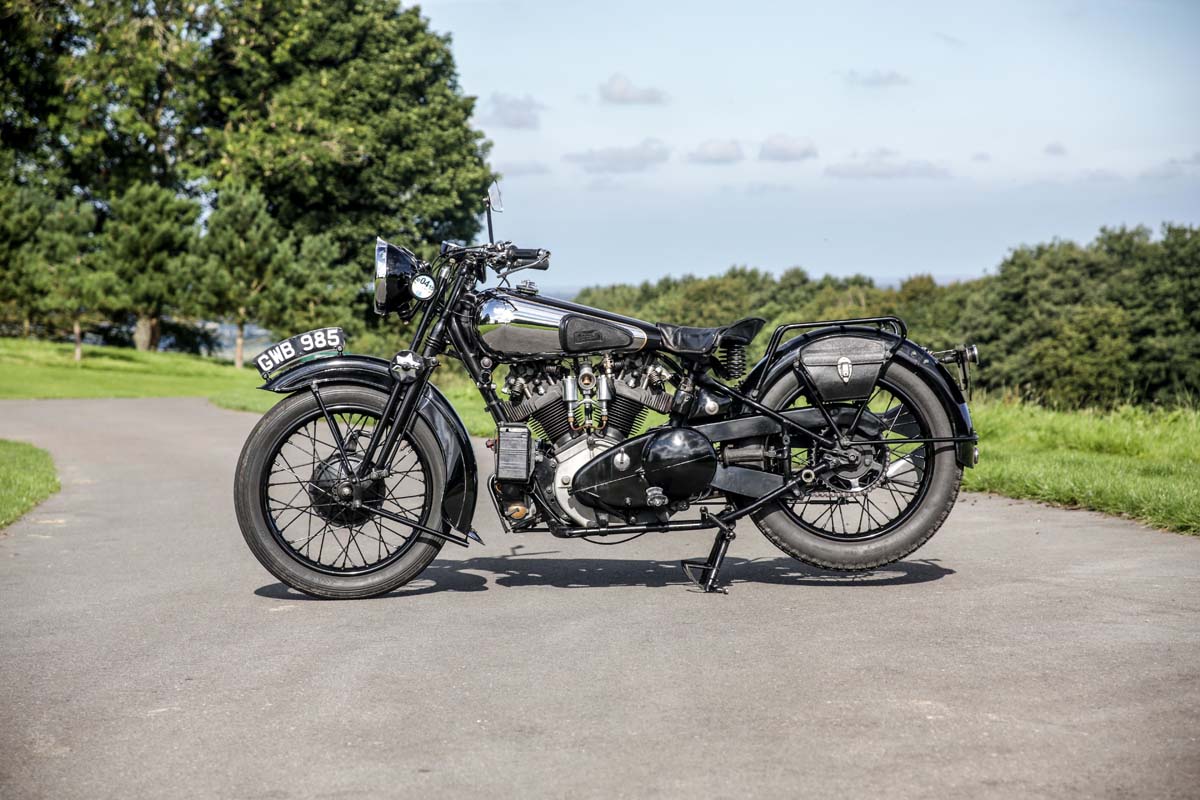 While still carrying its original frame and engine, the gearbox on GWB 985 was replaced many years ago with a unit believed to be from another of that batch of seven Sheffield Police SS100s from 1939.

The sidecar originally fitted was a special police type, which had been removed before Clark’s ownership, but was later reacquired.

While in private ownership, this SS100 gained the nickname of ‘Old Stormalong’. Who penned it and why is unknown, although it’s safe to assume it refers to the 100mph (160km/h) top speed performance that these motorcycles were capable of when new.

From the mid-1980s, this SS100 lay dormant until 2000, when it was subjected to a year-long restoration that included a full engine rebuild, new fuel tank and a bored and re-sleeved carburettor that improved performance at low revs and fuel consumption. 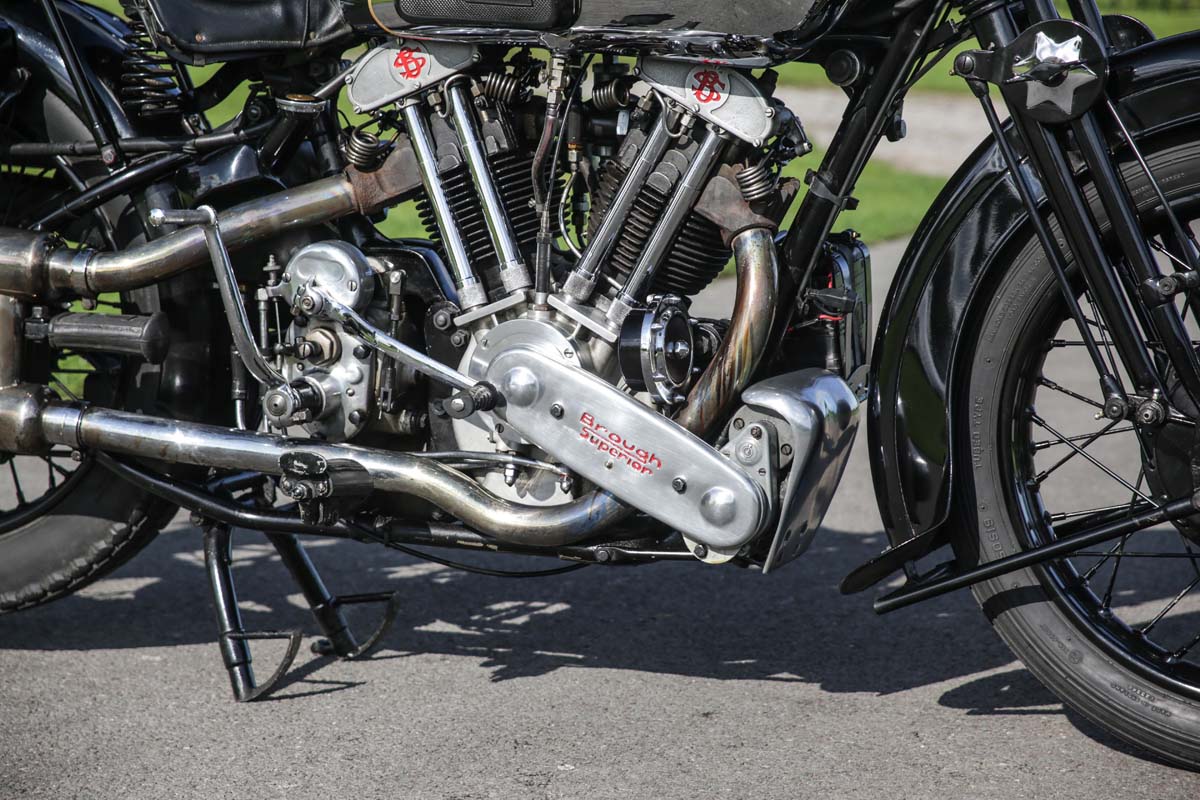 The restoration also saw new leather fitted to the saddle and toolboxes, while a more powerful and reliable modern battery was fitted into an original battery case.

Completed in 2001, the restoration of Old Stormalong was christened with a 123-mile ride. A further 9,000 miles were covered in the following decade, mostly on Brough Club runs and VMCC events in the UK. It was also a trophy winner in this time, mainly at the Brough Club’s annual rallies. 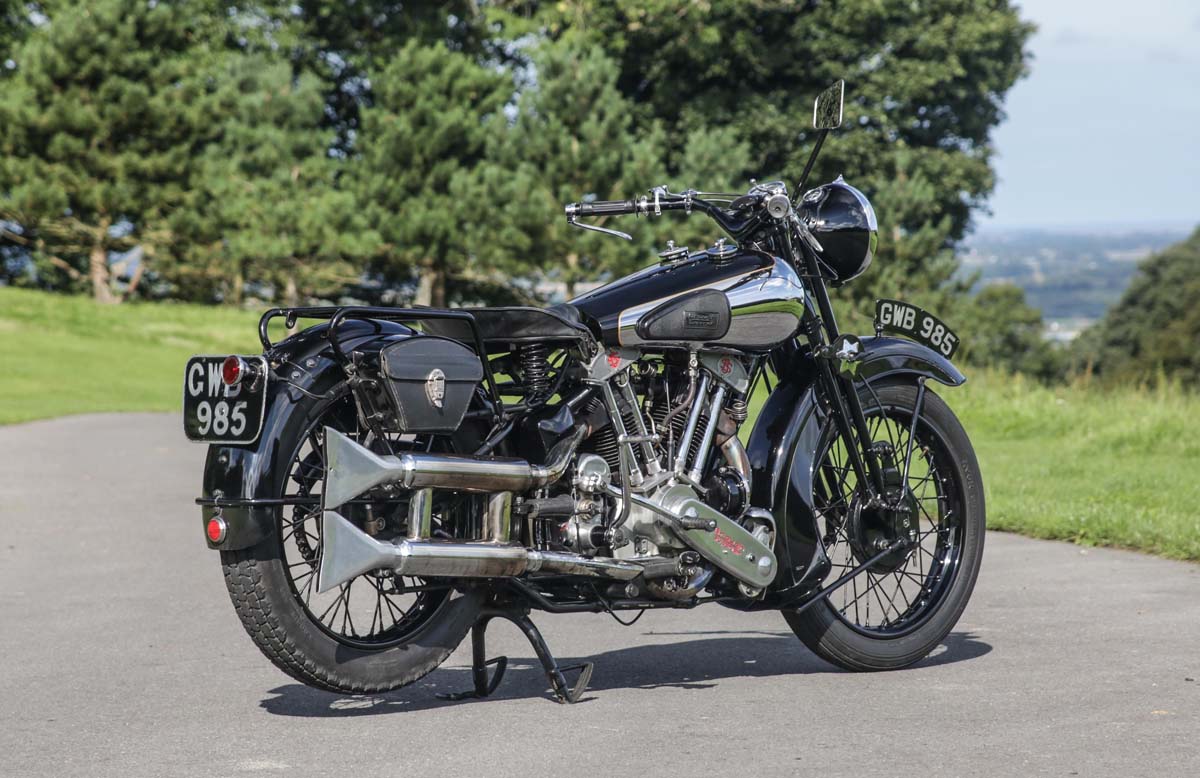 In 2012, the vendor acquired GWB 985 and later added a Brough Superior ‘Cruiser’ sidecar for a planned “Lawrence of Arabia” tribute ride from the UK to Damascus; the Syrian city that was pivotal to Lawrence’s campaigns in the Middle East during World War I. The ongoing civil war in Syria ended those plans, but the Brough factory sidecar was retained and, while not fitted, was included for the Bonhams sale. 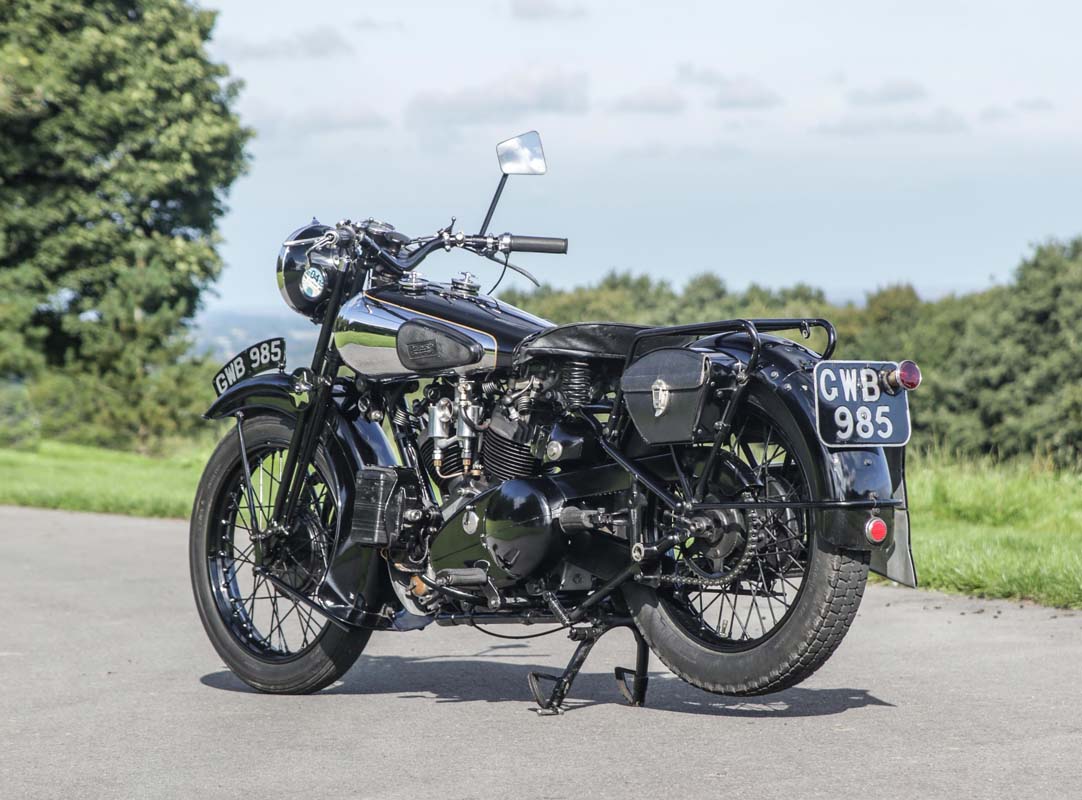 For more details from this auction, go to: bonhams.com/auctions/26804/