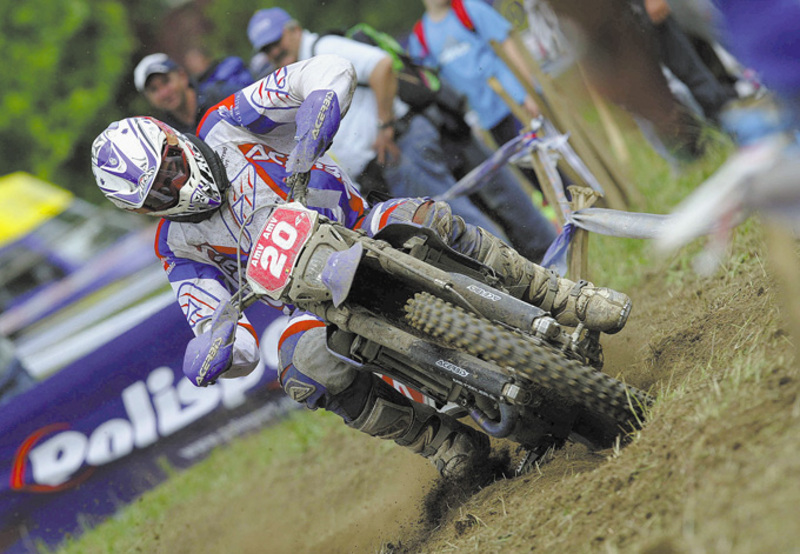 The single cylinder four-stroke 450cc prototype has been seen at World Endurance Champion-ship events through Europe in the past six months, where Joel Smets has ridden it to great effect. The 450 Enduro bike is a prototype. BMW has not yet made any announcement regarding a production model. The concept for the new BMW sports enduro started with an idea: if the mounting axis of the rear swing arm were to coincide with the axis of rotation of the drive chain pinion, there would be no change in length of the chain on compression and rebound. Then, without changing the wheelbase, one could allow a longer swing arm, position the engine further to the rear, tilt the cylinder more and thus create space for long, straight induction tracts with a dual throttle valve system so as to meet the requirements of the Euro III exhaust emission rules. The fuel tank could be placed directly beneath the rider, the clutch could go on the crankshaft, with the frame tubes directly ahead of the swing arm pivot, and the airbox could be placed as high as possible for optimum protection.

In short: it would be possible to create a package with significant benefits in terms of traction, centralisation of masses and stability and with a low weight, important for an off-road racing motorcycle. The first prototype was instantly impressive and reflected the benefits in practice.

Technical features of the BMW 450 competition prototype
This competition prototype has been designed based on these ideas. The frame forms a composite triangle made of high precision premium steel tubing. Two arched tubes lead from the steering head via the engine to the swing arm pivot. The swing arm pivot is supported via the shortest possible distance by the steering head, pointing at an angle towards the front via two straight tubes. This construction requires minimum use of material and thus allows a hitherto unequalled relationship between rigidity and weight. This frame layout is only possible in conjunction with the clutch position on the crankshaft as mentioned above and a cylinder which is tilted far forward. The rear frame is formed by lightweight square profiles made of light alloy which are bolted to the main frame.

The coaxial mounting of the swing arm and the chain pinion had to be solved in a practical manner. In the current design, the swing arm pivot mounted on the frame leads through the hollow gearbox output which bears the drive pinion. To change the pinion, the motorcycle is jacked up, the swing arm pivot is pulled out and the swing arm with mounted wheel is folded backwards. A practised mech-anic can do it in 15 minutes.

The other chassis elements are conventional. The front wheel control is provided by an adjustable upside-down fork by Marzocchi with a spring travel of 300 mm. Suspension and damping of the rear wheel is taken care of by a directly linked, progressively operating Öhlins suspension strut with a spring travel of 320 mm. Set at a angle, it is supported directly by the rigid main frame.

The engine is a 450cc single cylinder four-stroke engine designed by BMW with two upper camshafts and dry sump lubrication. A special feature which is unique in this class is the fuel injection and oxygen sensor regulation. The position of the cylinder, tilted far forward, enables virtually straight intake air ducting into the large volume airbox positioned above the engine. This provides excellent conditions for optimum engine performance tuning. Another unique feature is the position of the clutch: it is located on the right crankshaft end and was thus given extremely compact dimensions since it rotates with the engine due to a lack of a speed-reduction ratio of the primary drive: it therefore has to transfer a lower level of torque. An intermediate shaft with integrated ventilation function transfers the power from the crankshaft to the gearbox. An electric start is obligatory. The chain drive to the rear makes do without additional tensioning devices and channels due to the fact that chain sag is barely necessary any longer and the chain retains a constant length - another weight saving factor. 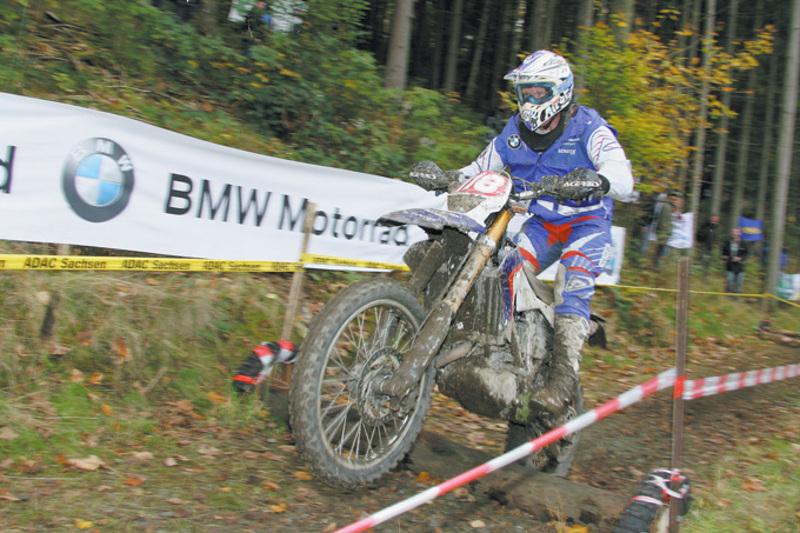