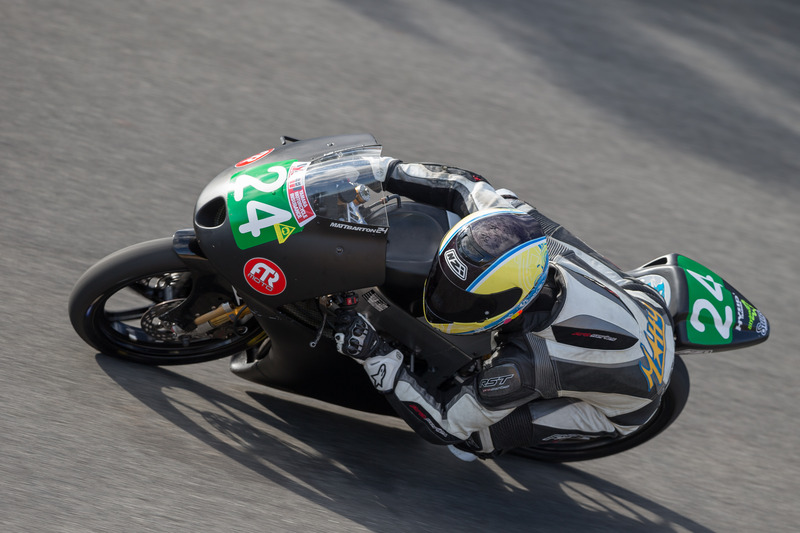 Olly Simpson and Matt Barton have been confirmed as the wildcard entries for the Moto3 class at the 2015 Pramac Australian Motorcycle Grand Prix. Joining full-time Moto3 rider Remy Gardner, the wildcard additions will make it three Australian riders in this class at the October 16 - 18 event.

Simpson (Olly Simpson Racing) has been competing in the Red Bull MotoGP Rookies Cup this year, and is looking forward to taking another step forward in his dream of competing in MotoGP.
"I took away lots of experience after racing in last year's Australian MotoGP - from doing as many laps as I could following the faster riders, watching their lines, where they brake, get on the throttle and the like.
"It will be a great experience at Phillip Island and it also puts you on display to the Moto3 teams to show off your skills, so I can't wait."
Matt Barton has been competing domestically, and so far, sits third overall in the Honda Moto3/125GP class in this year's Australian Superbike Championship. Thrilled to get the wildcard ride, Barton explained how it's another stepping stone for riders to go out and realise their dreams.
"I've wanted to race [at] the MotoGP since I was five years old. Seeing guys do it, it's always been something that was on my list, and it's been a big goal of mine to get there," he said.
"Having the Wildcard entry is a stepping stone for me to get up there full-time and hopefully this is going to get my name out there, and let teams know that I'm here, and I'm serious and I can put in good performances."
Further details on the 2015 Pramac Australian Motorcycle Grand Prix can be found at:motogp.com.au