Any motorcycle enthusiast will find many pleasant hours of enjoyment within its pages
An early Christmas present idea is this brilliant book by Michael Scott on Barry Sheene.

Titled, "Barry Sheene Motorcycle Racing's Jet-set superstar", this glossy coffee table book explores the enigma surrounding this champion motorcycle rider, showman, playboy and family man. Born in England and adopted by many as an Australian, Britain's last motorcycle GP World Champion, Sheene was cocky, skilful and determined - right to the end - that he could beat the cancer that ultimately claimed his life. He lived life to the fullest and made a fine life for himself and his family on the Gold Coast.

The book is lavishly illustrated with many photos that haven't been seen before, and just exploring these is a treat in itself. Scott follows Sheene's life and early motorcycling endeavours, from his early rides at the Isle of Man TT Circuit through to his first GP win in 1968. His career was chequered with disaster, none more so that his near fatal 180 mph crash at Daytona in 1975. Never beaten however, his glory years were 1976-77 when he dominated the world championships. Sheene's life story is told with many interesting sidelines and this is a great read, well researched and excellently presented.

Published by Haynes, 'Barry Sheene' has a RRP of 59.95. Any motorcycle enthusiast will find many pleasant hours of enjoyment within its pages. 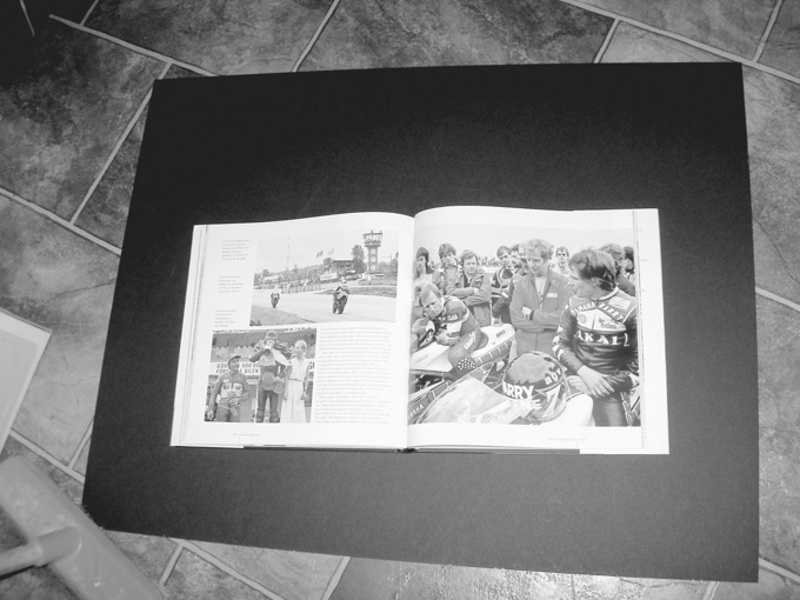