Parcel delivery has grown concurrently with online shopping in recent years, and as Australia Post still accounts for 42 per cent of all parcels delivered annually, vehicles with greater carrying capacity have become increasingly necessary.

“Our eDVs can carry three times more than our traditional postie motorbike, and that extra capacity will come in handy as we approach Christmas,” said Australia Post General Manager Deliveries Queensland, Angela Creedon.

Built by Kyburg in Switzerland, the basic specs of the ‘DXP’ eDV adopted by Australia Post include a 3.5kW 24V AC motor fuelled by a 240Ah lithium iron phosphate battery with a range of up to 100kms and recharge time of 10 hours. With a top speed of 45km/h and the ability to climb 30-degree gradients, the eDV can carry up to 195kg, including rider.

Aside from its ‘green’ electric engine and increased carrying capacity, Aus Post say the benefits of their eDVs include increased stability, lower operating speed and near-silent running.

Feedback from posties in the field has led to a number of changes, too, including the addition of an overhead canopy, speed limiters, engine immobilisers, an hydraulic seat, dash cams and automatically-locking storage boxes.

An Australian-made competitor to the Kyburg DXP, dubbed the Stealth OzPOD, was trialled in Victoria earlier this year, but its adoption by Australia Post has not been confirmed. 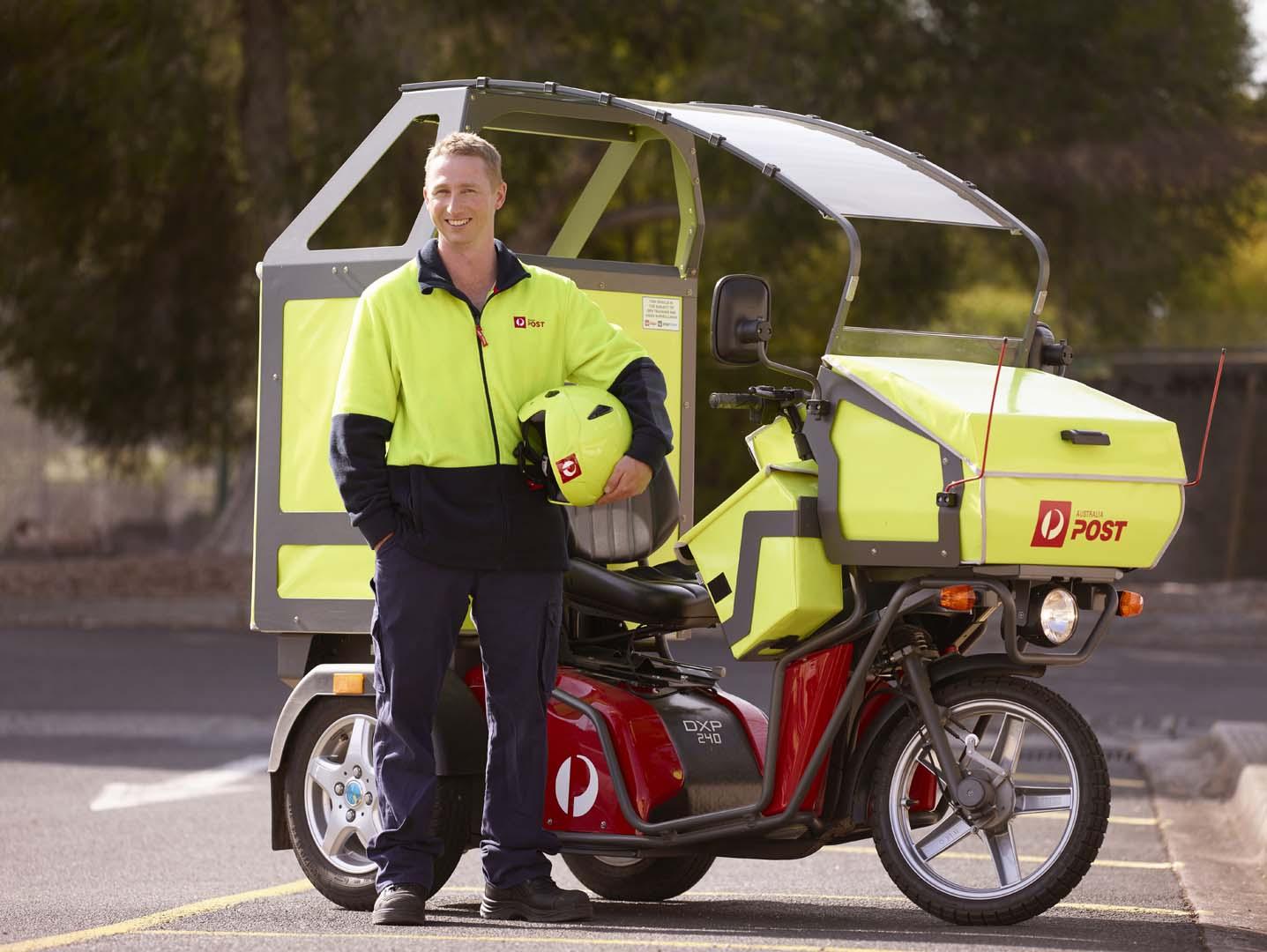