2020 World Supersport Champion to remain with Yamaha in World Superbikes until end of 2023.

Continued improvement from Andrea Locatelli in his rookie season in the Motul FIM Superbike World Championship has seen the 24-year-old Italian offered a contract extension by Yamaha. 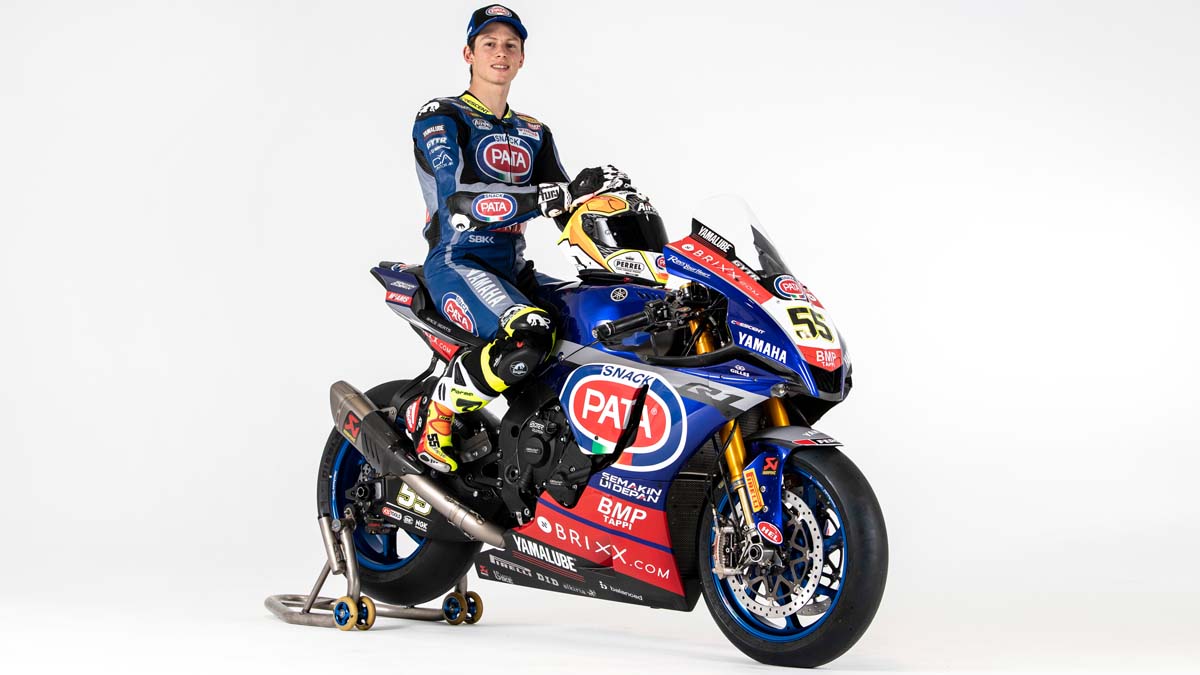 Locatelli joined the World Supersport Championship last year after six full seasons in grand prix racing across Moto2 and Moto3. Winning the World Supersport title on his debut in the category, Locatelli’s dominant 2020 season included 12 race wins from 15 starts and only one non-finish.

Those results saw him elevated straight to the Pata Yamaha with BRIXX WorldSBK factory team for 2021, rather than the GRT satellite WSBK outfit.

While yet to match his Supersport performances in Superbikes, Locatelli has been improving throughout the season, achieving his first podium on the YZF-R1 at the Assen round, followed by two more at Autodrom Most and Magny Cours.

Initially signed on a one-year deal for Yamaha in WSBK, an option in that contract allowed for an extension to include 2022, based on performance. With Locatelli’s recent results already activating that trigger, Yamaha have now added a further year to the deal, which will extend Locatelli’s tenure to the end of 2023.

Announced during the Catalunya WSBK round on 18 September, the new deal is seen as a win for both parties and the perfect example of Yamaha’s step-up programme that aims to give young riders the opportunity to realise their potential.

“I’m really happy to be extending my contract with Yamaha for two more years. For me, it’s a great opportunity,” said Locatelli.

“We have a really good group, a good team and a good bike, so I think in the future we can do very well. I’m so excited to be here and to continue to be a part of the Yamaha family. Now, we have two more years to try to improve together and achieve the best possible results.”

Andrea Dosoli, Yamaha Motor Europe, Road Racing Manager, added: “We are delighted to confirm that Andrea will remain with the Yamaha family until at least the end of the 2023 WorldSBK season.

“He has been an integral part of Yamaha’s step-up programme and has demonstrated what our vision has been over the last few years.

“We expected that ‘Loka’ would be fast this year, but very few anticipated that he would already be challenging for podiums at such an early stage in his WorldSBK career. We want to secure him for the future and help guide him towards even greater success, and this new contract will give us the best opportunity to help him achieve that.”