A survivor from the dawn of the post-war Grand Prix racing era was the top-selling motorcycle at Bonhams Summer Sale in the UK this July. 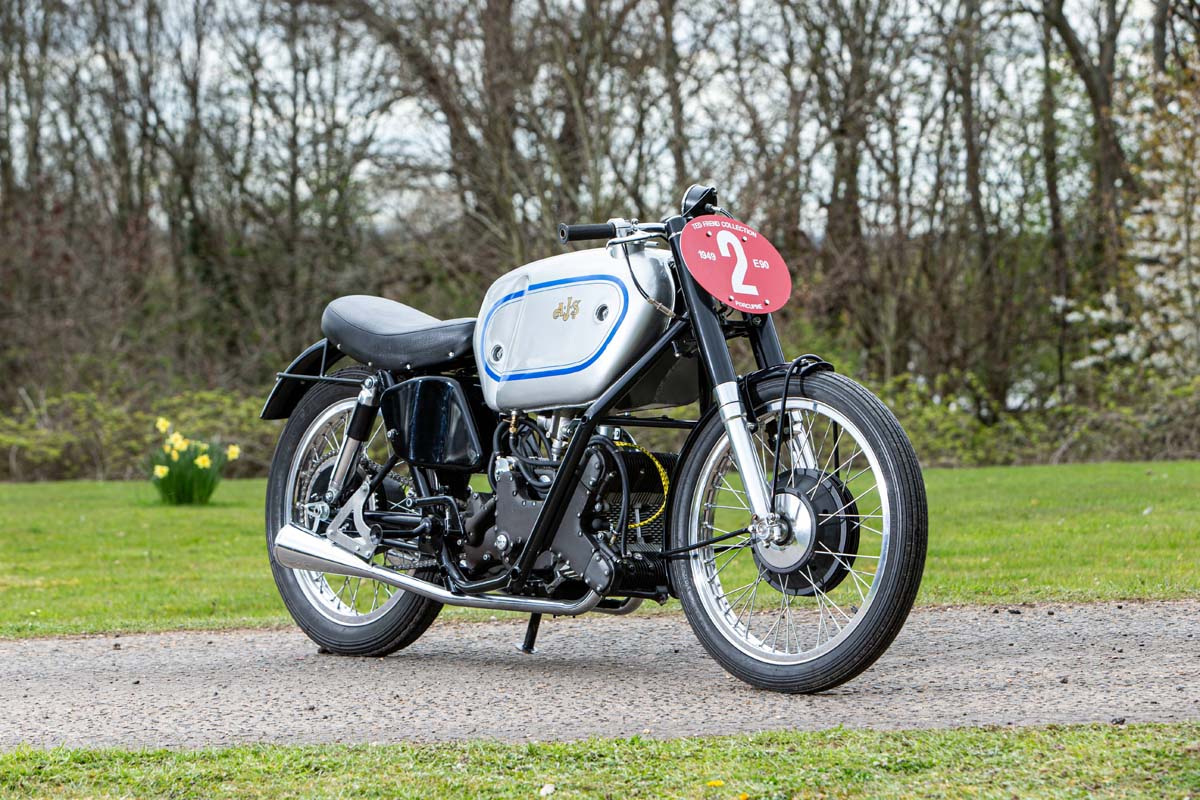 Held in conjunction with the International Classic MotorCycle Show in Staffordshire, the three-day Bonhams auction comprised more than 650 lots, covering not only motorcycles, but sidecar outfits, projects, parts, collectables and memorabilia. 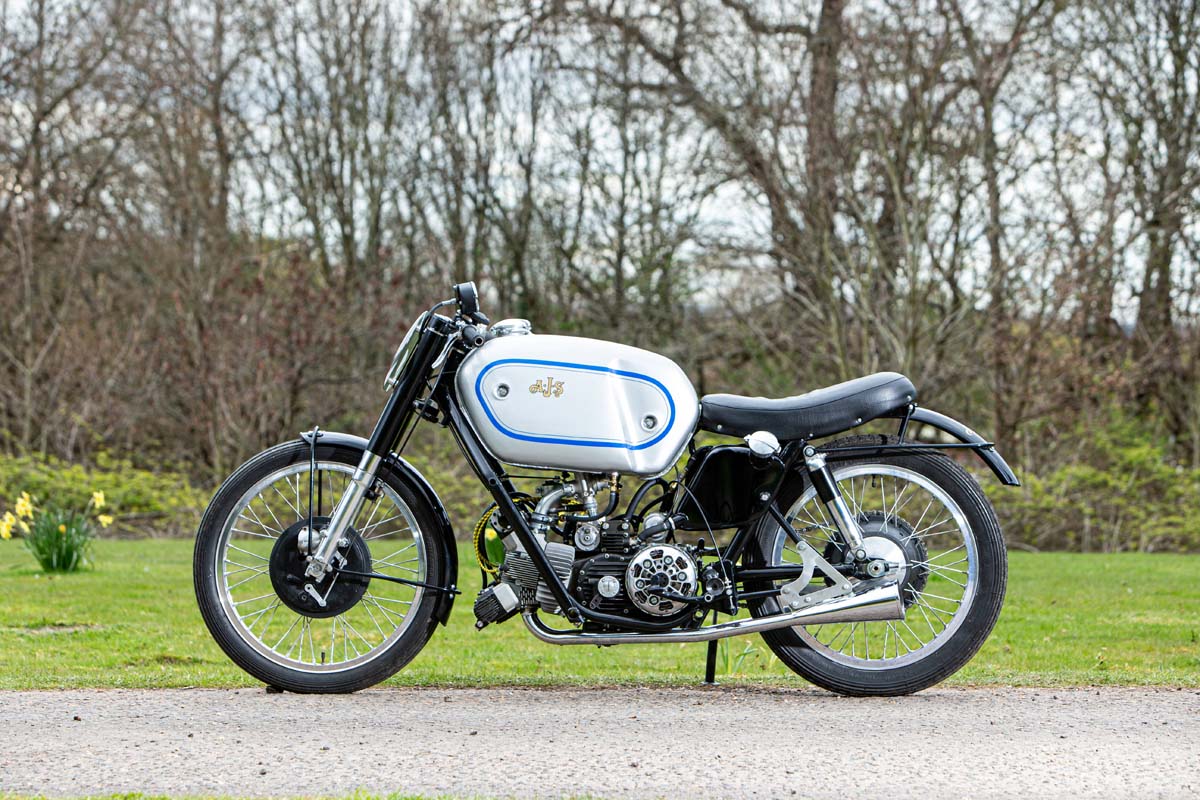 The fact that this was the first in-person motorcycle auction Bonhams have conducted for almost two years may have explained the 98 per cent clearance rate and almost £3.6 million (AU$6.7M approx.) in total sales.

The bike that topped the auction was an ultra-rare AJS E90 racer, of the type that delivered the first – and only – grand prix world championship to AJS in 1949. 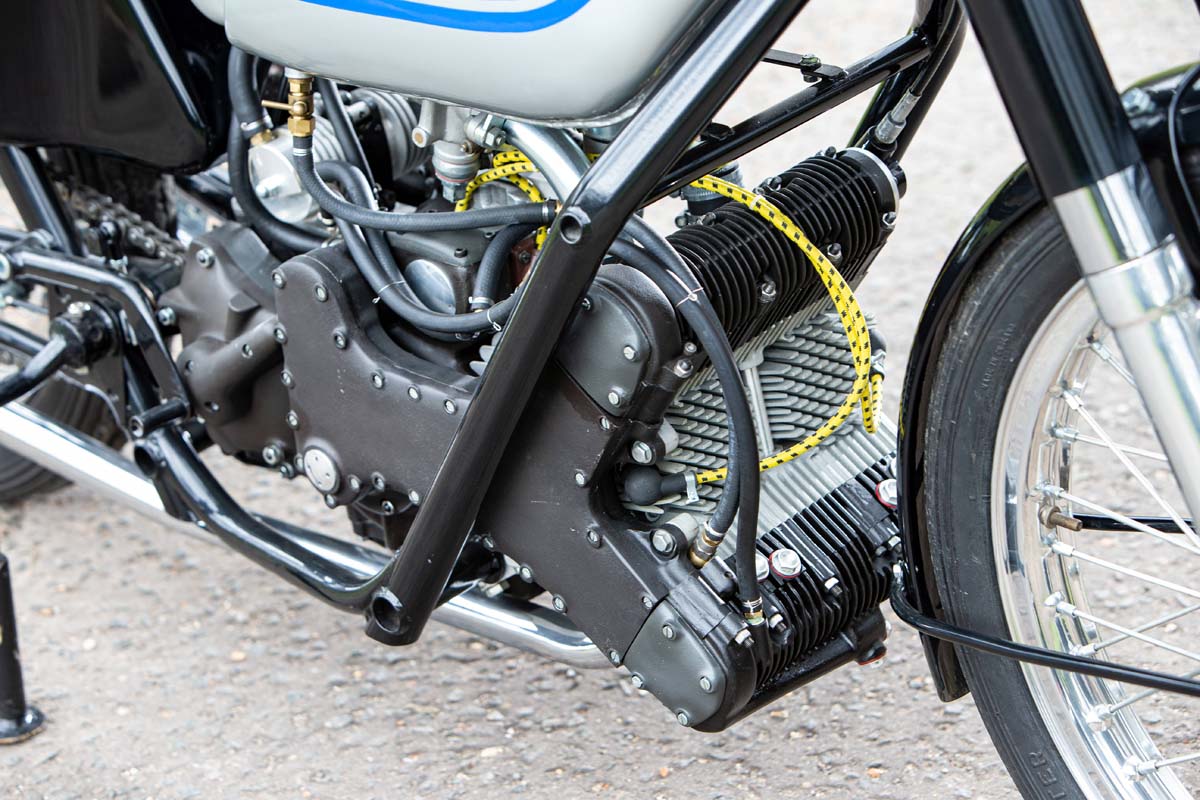 Nicknamed the ‘Porcupine’ due to the distinctive finning on the heads of the 497cc twin, the E90 was built purely for AJS works riders like Les Graham, who won the 1949 World Championship, and Ted Frend, whose bike was the one consigned with Bonhams.

Signed to the AJS works team in 1947, Frend would achieve the first win on an E90, taking out the Hutchison 100-mile endurance race that year. 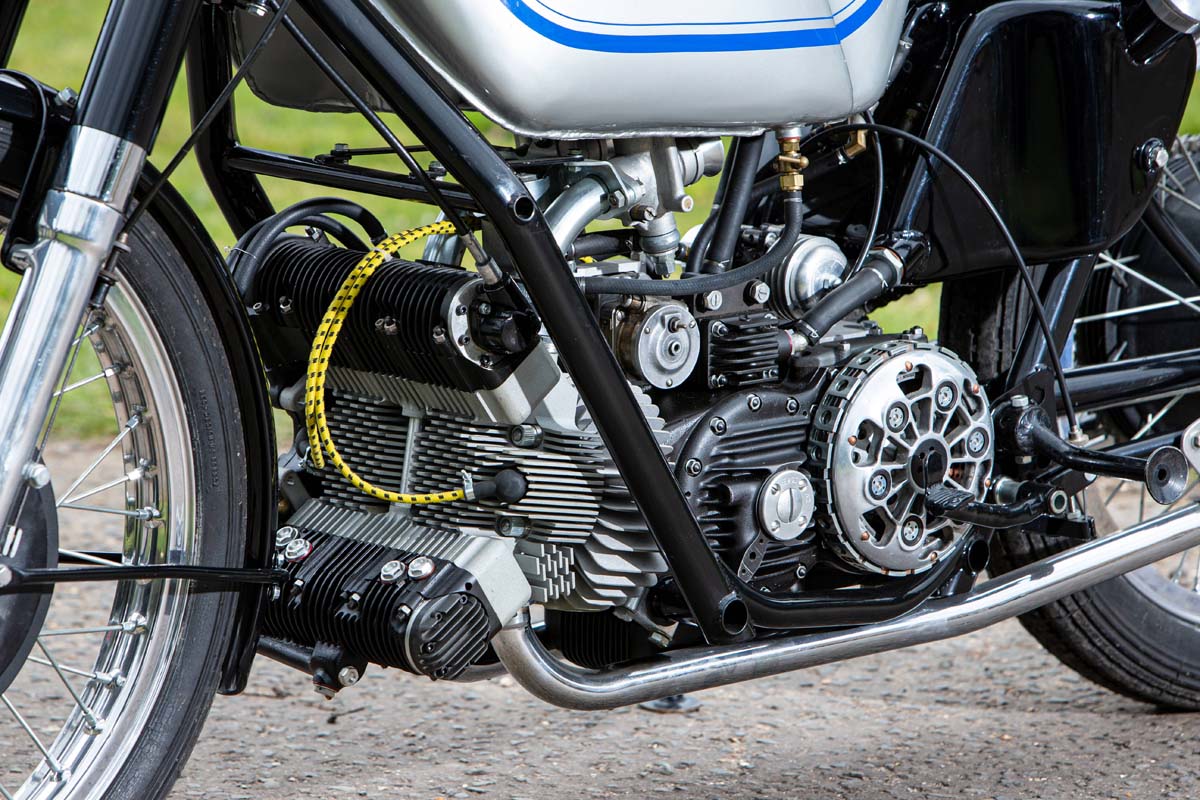 Various podiums and world speed records for E90 riders followed before the formation of the Grand Prix World Championship in 1949. In that debut year’s six-round series, Graham won two races to take the riders’ championship, while a win from fellow AJS works rider Bill Doran secured the constructors’ championship for AJS – by a single point from Gilera.

Overall, the E90 Porcupine secured five wins and seven runner-up placings in grand prix world championship racing before it was replaced by the E95 version in 1952. By the time AJS withdrew from racing in 1954, the Porcupine was largely obsolete, but being the first ever post-war world championship winner and with such a tiny production total (four x E90 and four x E95), its collectability was assured. 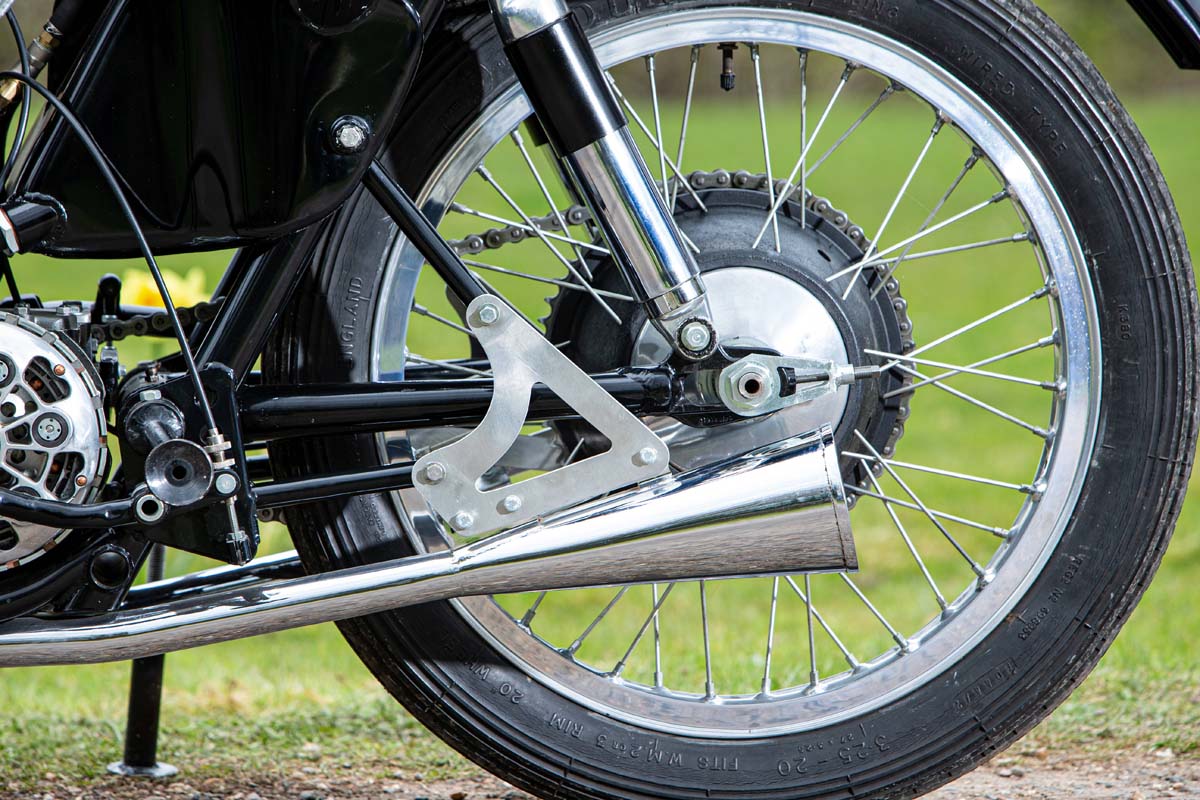 How Frend came by his E90 Porcupine is unknown, but it was in his possession – in pieces – for decades until his passing in 2006. The bike, along with parts and memorabilia, was acquired from Frend’s estate by Ken Senior, a friend and neighbour.

Under Senior’s ownership, the E90 was fully restored, but ridden only once following completion of the restoration, spending the rest of its time as a display bike in a ‘tribute room’ to Frend at Senior’s home. 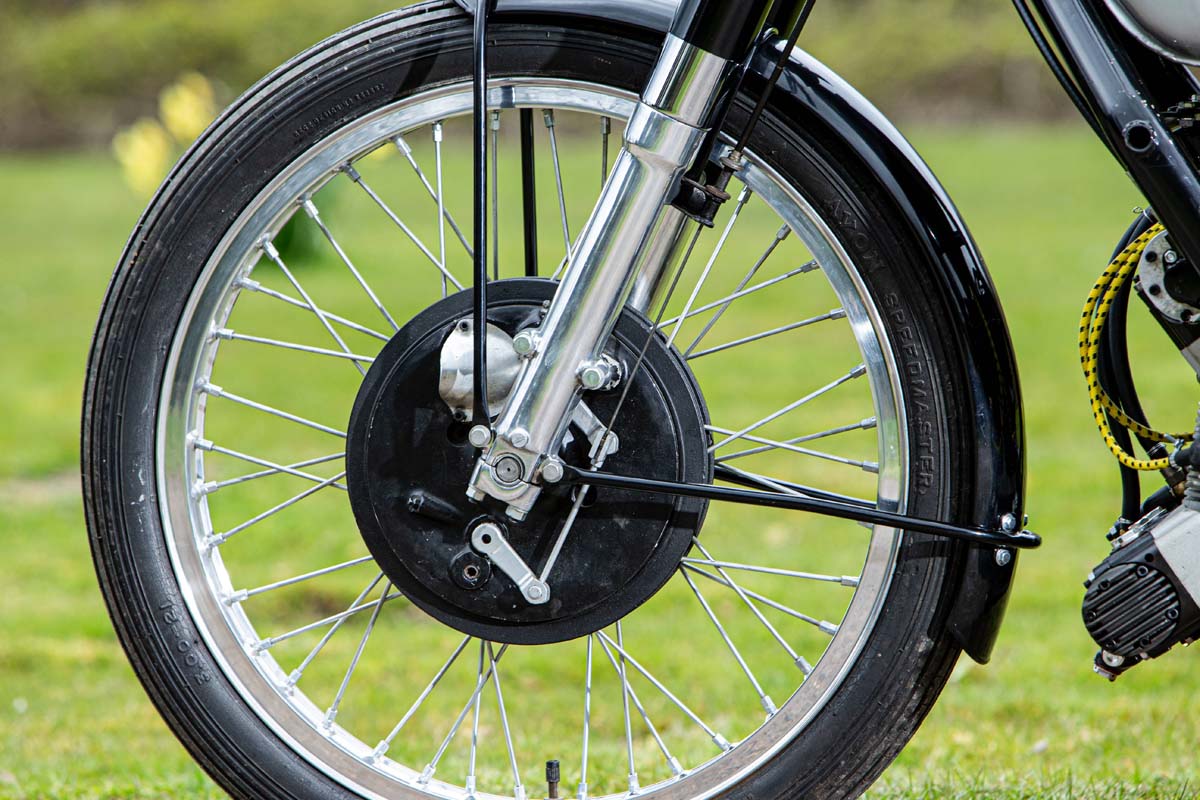 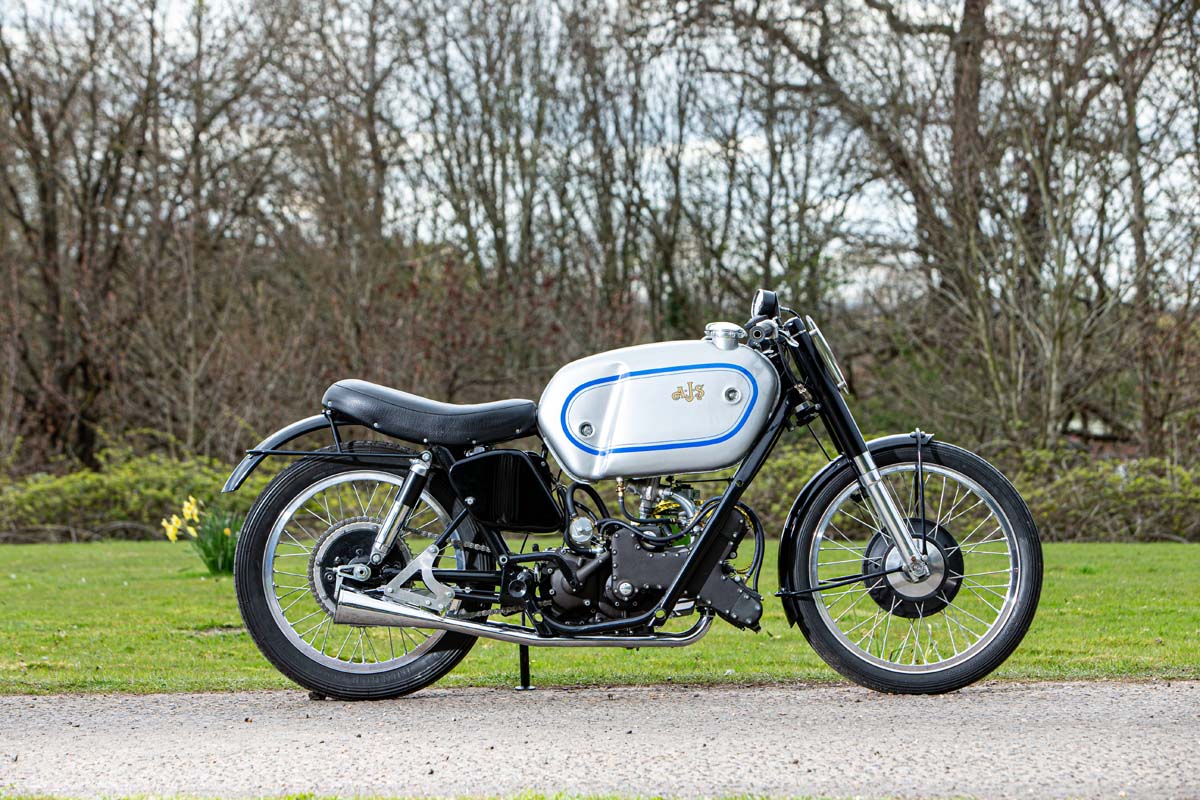 "We are so pleased to have achieved such a fantastic result for this exciting machine,” said Ben Walker, International Department Director, Bonhams Collectors' Motorcycles. “It was a once in a generation opportunity to acquire such a rarity and a hat-trick for Bonhams as we have previously set world record prices for the only other two examples to have been sold publicly."

For more details, go to: bonhams.com