Following postponement of the OR Thailand Grand Prix due to the coronavirus outbreak, Dorna have locked in a new date for the event.

Originally scheduled for 20-22 March, the event was postponed on 2 March when Thailand government officials announced they’d stop all major public events from going ahead. With coronavirus already present in the country, the decision to cancel or postpone large scale events was made in order to try and limit the spread of the virus within the country.

Immediately following this announcement, Dorna looked at the 2020 calendar for possible alternative dates to host the Thai round within the season. On 5 March, they confirmed that the Thai GP will go ahead and will take place on 3-4 October at Buriram. This will make the OR Thailand GP the first of the flyaway rounds at the back end of the season, followed by Motegi, Phillip Island and Sepang.

The preceding Aragon GP has been rescheduled to accommodate the change and will now be held on 25-27 September: a week earlier than its previous place on the 2020 calendar.

At this stage, bit the US and Argentine GPs are going ahead at their originally scheduled dates of 3-5 April and 17-19 April, with US GP at CotA now the first round for MotoGP following the cancellation of the Qatar round for the class and rescheduling of the Thai round. 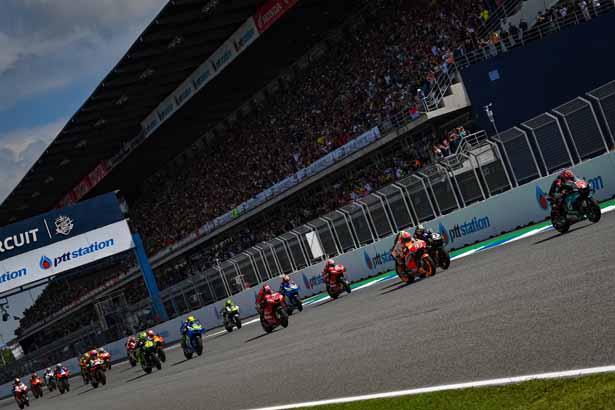