Tickets for this year’s Pramac Australian Motorcycle Grand Prix at Phillip Island are now on sale. There are improvements in selected grandstand seating packages and a new general admission ticket, while the campground sees the return of the popular pre-pitched tents and adds a new premium option, too. 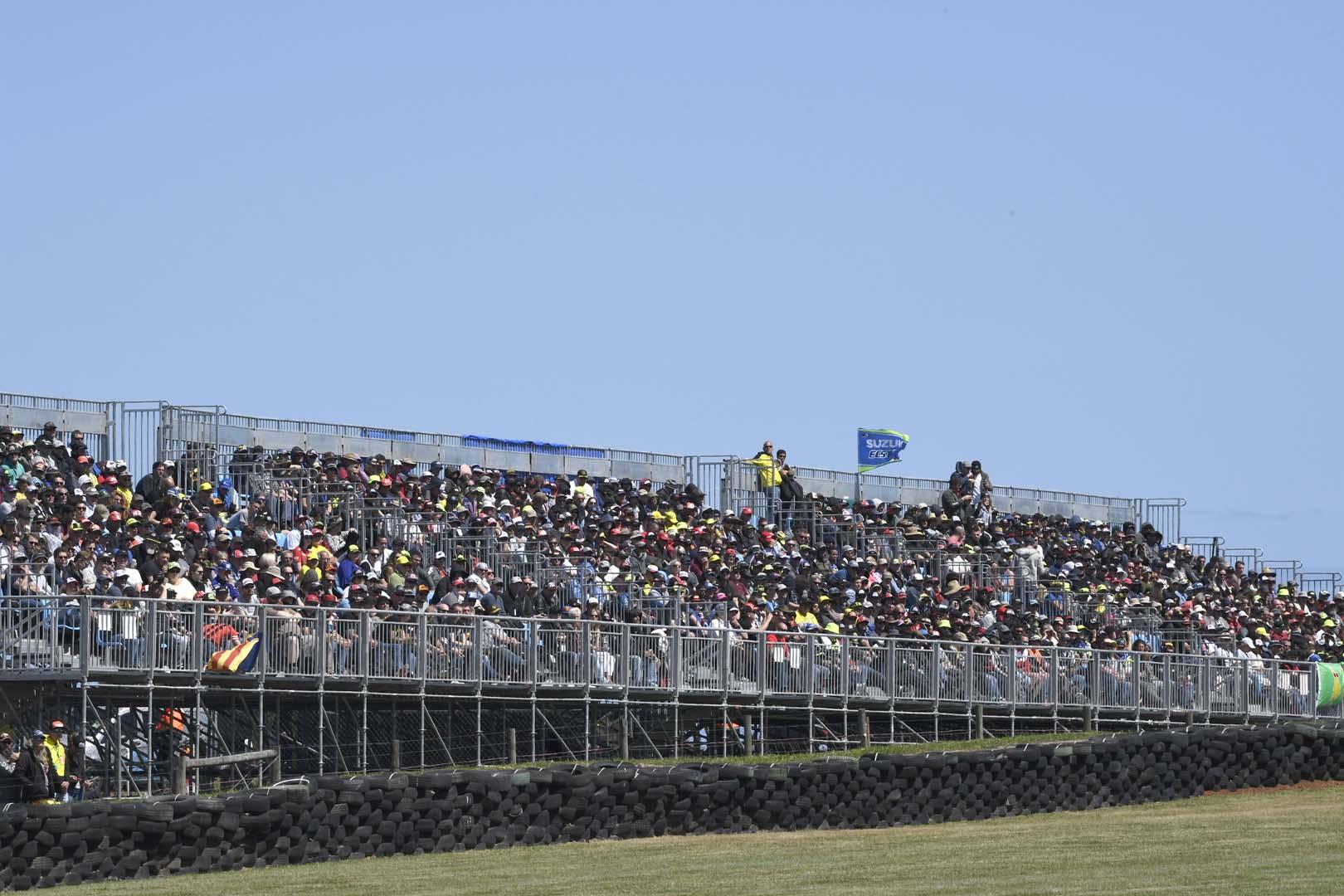 Three-day grandstand and VIP tickets to the 25 – 27 October event were released by the Australian Grand Prix Corporation (AGPC) in May, with new additions to the grandstand seating options.

The Stoner Grandstand (Turn 12) has had a major upgrade and is now the Stoner Pavilion, with undercover seating for 700. Seats are wider, too, and now include drink holders and arm rests.

The undercover area at the rear of this grandstand remains, as does the cash bar, food and private TV screens that were part of its pre-Pavilion era.

On the Gardner Straight Grandstand (Main Straight), there’s now the ‘Gardner Premium Grandstand’, which adds premium seating similar to the Stoner Pavilion, as well as an additional 460 undercover seats.

Open three-day grandstand ticket prices start from $290 per person, with undercover grandstand three-day tickets from $395. There are also ‘three-corner’ options available, which allow you to pick a different grandstand for each day of the Grand Prix.

Three-day VIP hospitality package pricing has also been released, starting at $895 and rising to $1,750 person. These packages up the comfort game even further, with reserved seating, undercover buffet dining, free drinks, cash bar and other bonuses.

If you want to get your spot at these premium positions, you’re advised to book early.

“Last year, both hospitality packages and grandstand tickets were near sell-outs, and with the additional undercover seating being introduced, we’re sure demand will be high again this year,” said AGPC CEO, Andrew Westacott.

To purchase grandstand and hospitality tickets, go to: motogp.com.au 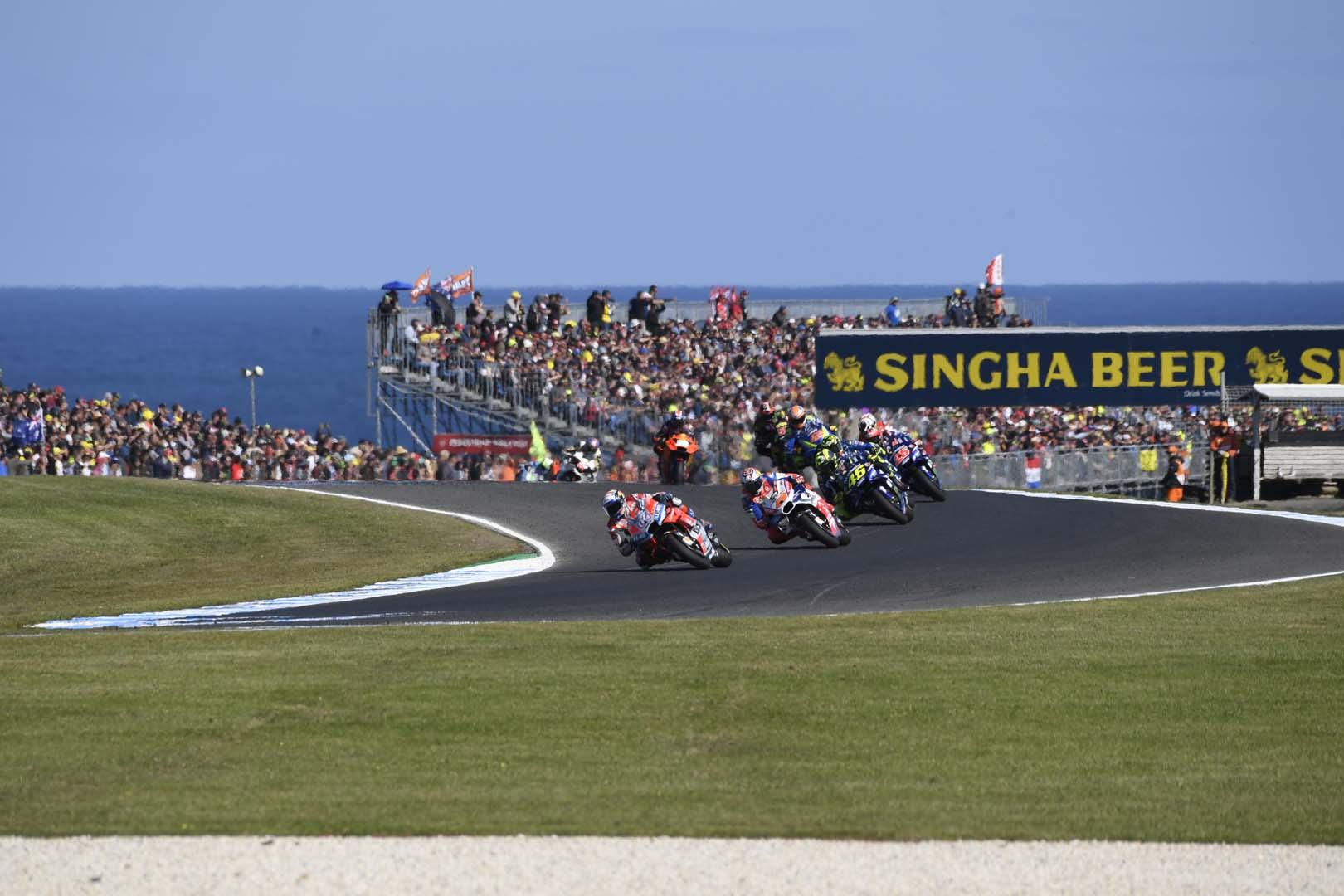 For 2019 the General Admission ticket has been rebranded as ‘Island Pass’.

The name is different, but the ticket is essentially the same, allowing full access to the Phillip Island circuit outfield, so you can find different (non-grandstand) spots around the track to enjoy the action.

As in past years, you can purchase tickets at the gate on the day, but pre-purchase your Island Pass tickets online before 15 August and you can save up to $20.00 on the gate price.

Look for the full list of Island Pass ticketing options in JUST BIKES’ Aus MotoGP Preview in a few issues’ time, or go to: motogp.com.au 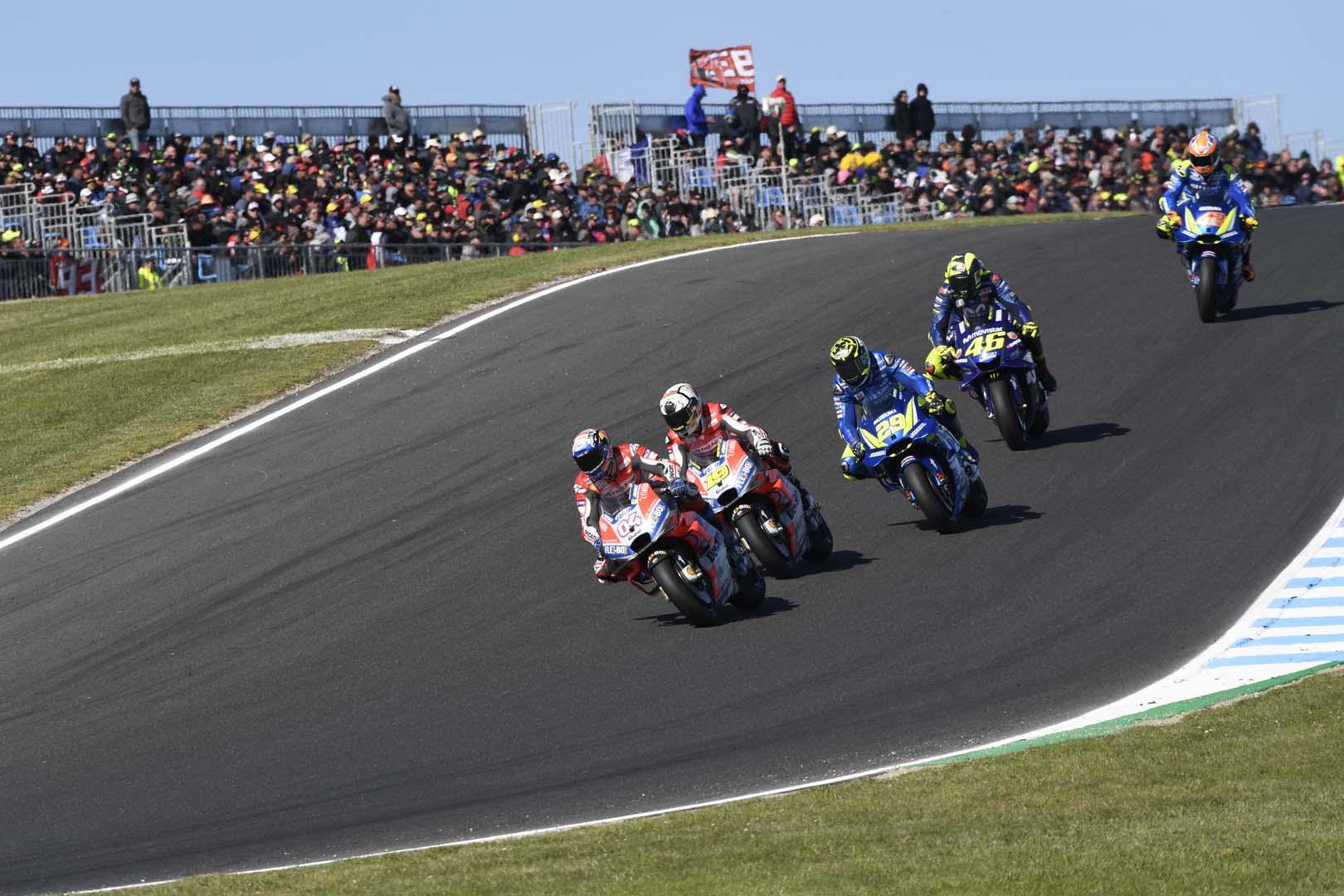 A new addition to the popular campground this year is a ‘Premium Trackside’ site option, which is being offered for reserve purchase for the first time, instead of a first-come, first-served basis.

As the name suggests, the premium Trackside option gets you as close to the track as the campground allows, so you’re close to the action, but with your camping comforts close by.

A total of 41 Premium Trackside sites have been offered, but it’s likely they’ve sold out by the time you read this.

Along with Island Pass tickets, campground tickets went on sale on 28 May. Go to: motogp.com.au for more information and to book your spot. 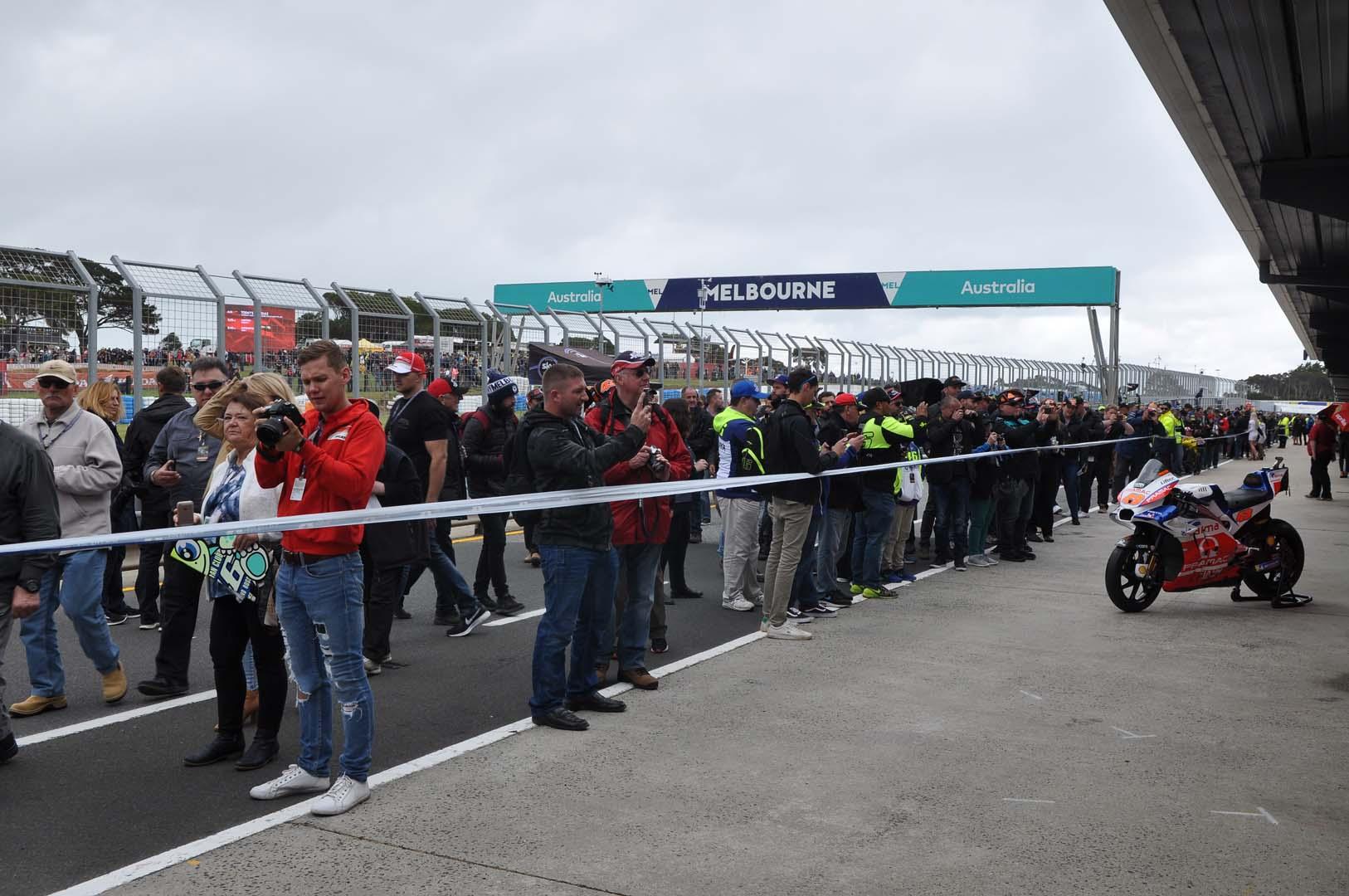 For more information on all ticketing options for the 2019 Pramac Australian Motorcycle Grand Prix, go to: motogp.com.au or call 1800 100 030. 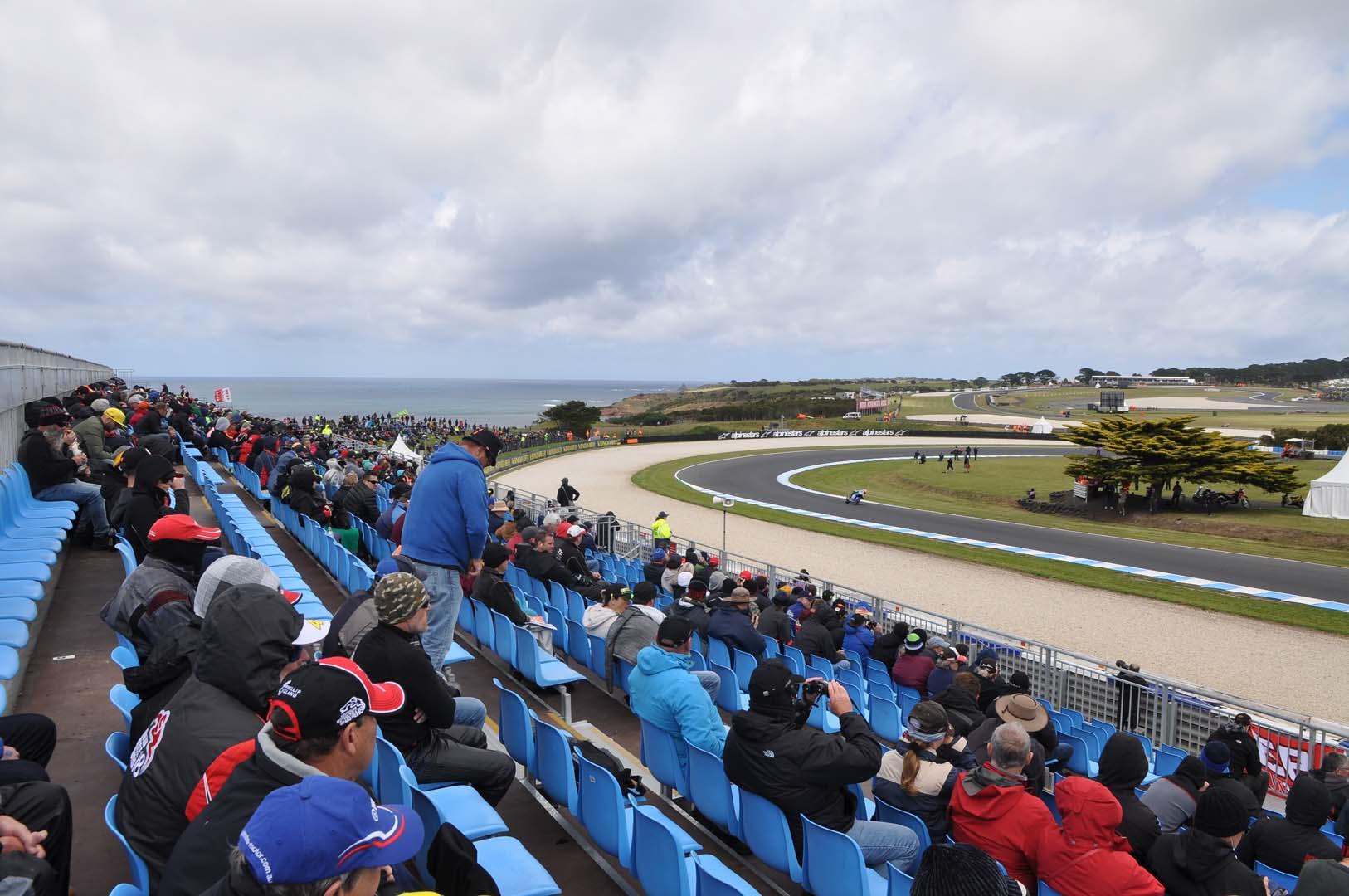