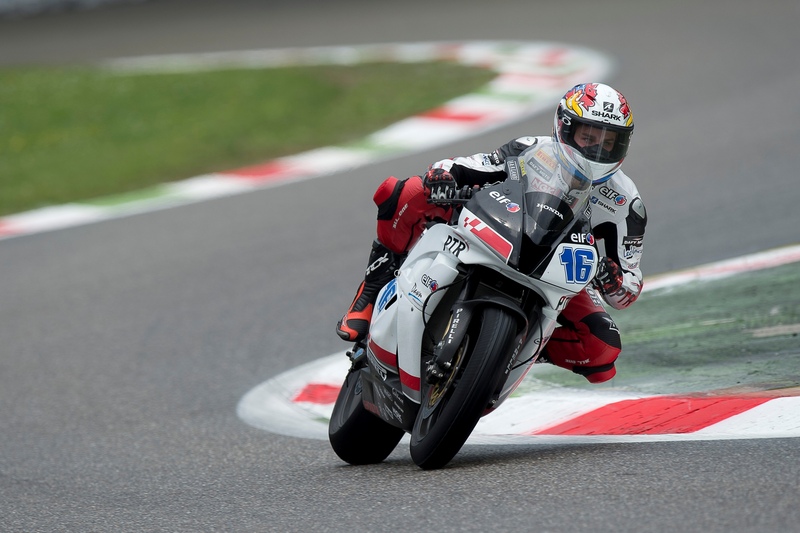 With a big entry list of 36 riders, track space was at a premium during qualifying, but Sam Lowes (Bogdanka PTR Honda) managed to find enough clear track in the cold, but dry qualifying sessions to record the top time of 1'47.601
Just as in the previous round at Assen, rain was a factor in round 4 of the World Supersport Championship at Monza. Despite no rain falling for the race, heavy showers beforehand made for tricky conditions on the patchy track.

With a big entry list of 36 riders, track space was at a premium during qualifying, but Sam Lowes (Bogdanka PTR Honda) managed to find enough clear track in the cold, but dry qualifying sessions to record the top time of 1'47.601. The Kawasaki DeltaFin Lorenzini team mates, Kenan Sofuoglu and Sheridan Morais, were next best, followed by Fabien Foret (Kawasaki Intermoto Step), making it three Kawasakis on the front row of the grid. Broc Parkes (Ten Kate Honda) qualified seventh, with Jed Metcher (RivaMoto Junior Team) a distant 27th.

Race day was beset by regular rain, which led to the Supersport event being declared a wet race, despite no rain actually falling. While the track appeared to be dry in some sections, others were still wet, making tyre selection a gamble. From the start, Parkes bolted to lead the field, but was on the deck and out of the race by the third corner of the opening lap. Lowes then inherited the lead, but the fast mover was Jules Cluzel (PTR Honda), who carved through from 10th on the grid to be half a second behind Lowes at the end of lap one.

Lowes and Cluzel put a gap on the rest of the field when Ronan Quarmby (PTR Honda) highsided on lap two, forcing the field to scatter to avoid the fallen South African. After Lowes ran wide on lap seven and skated through the gravel trap, the Frenchman took the lead, holding a comfortable 3+second gap for the next half dozen laps.

In the final few laps, Lowes made a charge for the lead as Cluzel struggled with deteriorating tyres on the drying track, and actually got his nose in front of the Frenchman, but ran wide at the parabolica corner, which allowed Cluzel to scrape through by three tenths of a second. The victory was Cluzel's first in World Supersport, and the first win for a PTR team bike since 2010.

The battle for the final podium slot started between Racing Team Toth's Imre Toth, Puccetti Racing's Stefano Cruciani and Sofuoglu. Toth looked to have third place sewn up midway through the race, but Sofuoglu, who actually crashed on the warm-up lap, pounced on the penultimate lap of the race to take third, while Toth drifted back to finish fourth, more than four seconds adrift of the Turkish rider at the chequered flag.

Following a disappointing DNF at Assen, Metcher powered back at Monza to record an eleventh place finish. Despite a poor qualifying, Metcher's ability to make up over 15 places shows the young Aussie is on track to pick up more points and improve even further in the coming rounds.

After his no-points finish, Parkes is looking to put Monza behind him and looking forward to the next round a Donington this coming weekend.
"There's not a lot to talk about really - just disappointment for myself and for the team who worked really hard to give me a good bike here," said Parkes. "The conditions were not perfect and I just didn't know the corner was that slippery. I had the bike upright on the brakes and tucked the front and that was it."

The next round of the 2012 World Supersport Championship will be held at Donington, UK on May 11-13. 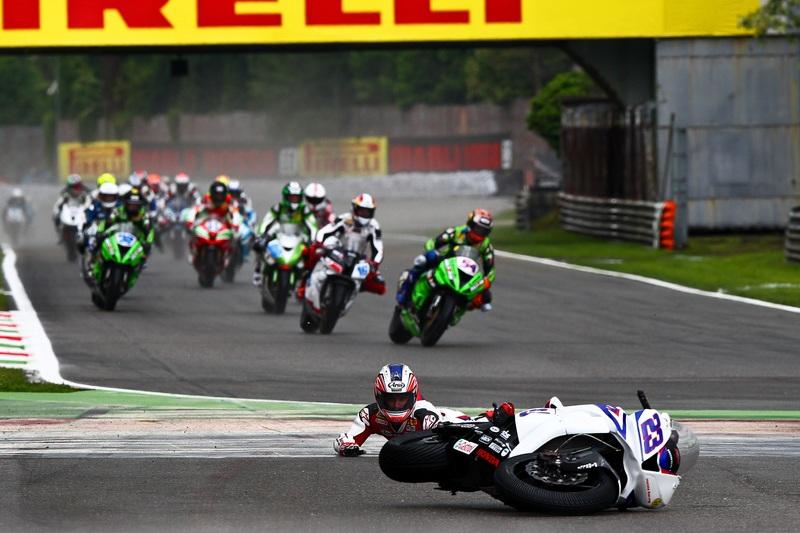 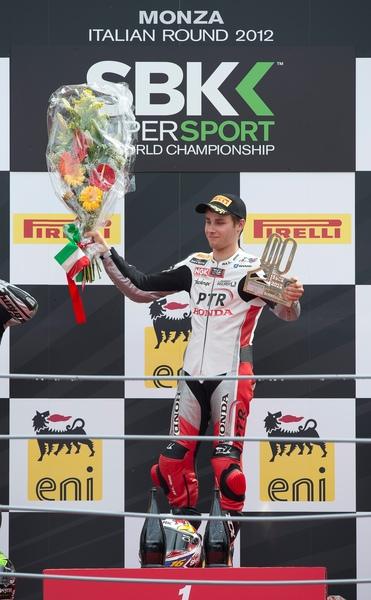