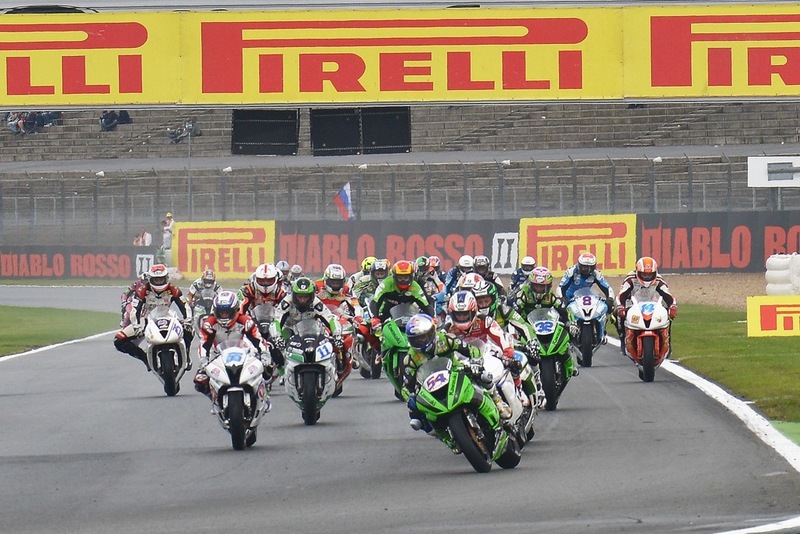 With Lorenzini Kawasaki's Kenan Sofuoglu already wrapping up the championship at the previous round, Magny Cours was essentially a dead rubber, but still presented riders with a chance to salvage some pride, or impress potential team owners ahead of 2013.

Amongst those looking to finish the season on a positive note was Australia's Broc Parkes, who had failed to win a race this year. The 31-year-old was also running what would be his final race for the Ten Kate Racing Products Honda outfit at Magny Cours. For 2013, Ten Kate will run the PATA Honda World Supersport and World Superbike outfits, but Parkes hasn't been named in the rider lineup for either squad.

The other regular Aussie in World Supersport, Jed Metcher, had started the season well in the Rivamoto Junior Yamaha team, but had been inconsistent throughout the middle of the season. Coming into the Magny Cours race, the 2011 European Superstock 600 champion had scored a best finish of seventh at Misano, but three retirements in a row (Brno, Silverstone, Moscow) in the back half of the season limited what could have been a better result for the 22-year-old Victorian.

This round saw a third Aussie join the field in Mitchell Carr. The 22-year-old Victorian, who recently won the Australian Supersport championship on a Triumph, was filling in for Robbin Harms on a CBR600RR for the Benjan Racing privateer team from the Netherlands.

In qualifying, Jules Cluzel (PTR Honda CBR 600RR) was the early pacesetter, with Parkes at the head of the field by the time the second timed qualifying session was concluded. That put him on pole, with Fabien Foret (Kawasaki Intermoto Step ZX-6R), Cluzel and Sofuoglu also on the front row. Metcher qualified 15th, Carr 29th.

RACE
Wet conditions greeted the circuit on race day Sunday, which favoured the proven rain runners like Cluzel, but at the start, it was Sofuoglu who made the early charge after Parkes led into the first corner. Followed by Cluzel and British rider Dan Linfoot (MSD R-N Racing Team Indai Kawasaki ZX-6R), the recently crowned Supersport champ led for the opening couple of laps, while Parkes slipped back to fourth.

A mistake from Sofuoglu on lap 3 allowed both Cluzel and Linfoot through, and from there, the Frenchman was largely unchallenged on his way to the chequered flag and his fourth race win of the 2012 season.

Sam Lowes (Bogdanka PTR Honda CBR 600R) and Linfoot turned the closing laps into a 'Battle of the Brits', with the former eventually prevailing. However, there was more drama over the final podium place, when Sofuoglu made a move on the final lap.

Attempting to pass under brakes, Sofuoglu knocked Linfoot off his bike, allowing the Turk to continue on to the finish line. Race control judged Sofuoglu to have caused the collision, and he was penalised with a 25 second addition to his race time. This dropped him to fourth and elevated Linfoot, who was able to remount and continue after the collision, to third.

The incident had no impact on the final championship standings, with Sofuoglu and Cluzel already entrenched in first and second place ahead of this round. The second place race finish from Lowes moved him up to third overall, but only by one point from Fabien Foret (Kawasaki Intermoto Step ZX-6R).

Parkes struggled in the race, dropping back through the field and pitting twice to change tyres as the track dried out. Eventually finishing the race in 27th, Parkes concluded the season fourth in the championship, with no guarantee of a ride for 2013, following the announcement that Ten Kate would run a new Honda Supersport and Superbike squad, with the Aussie not named in either squad.

Metcher put in one his better performances at Magny Cours, running as high as ninth before going into the gravel on lap 18, eventually finishing the race in tenth. Metcher finished off his debut Supersport season in 14th, with 40 points. Carr finished the race in 24th place, one lap down on the leaders.

With the 2012 World Supersport Championship concluded, the season opener for 2013 will be at Phillip Island on February 22 - 24. 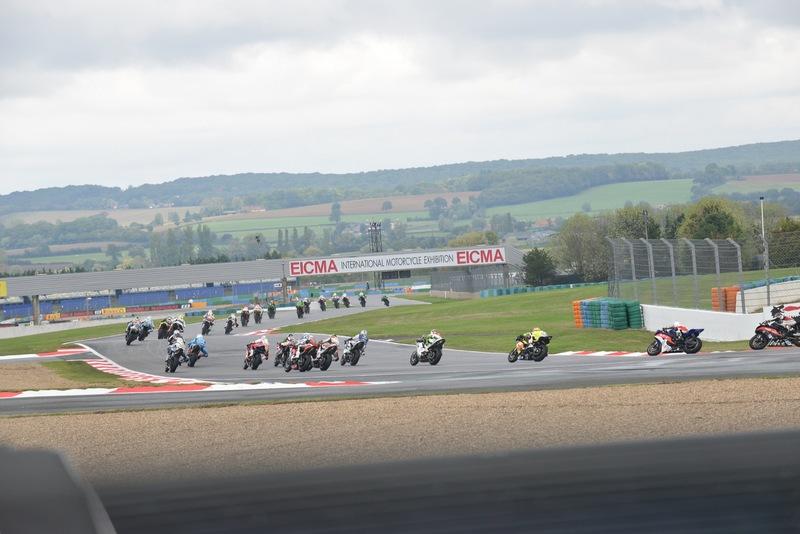 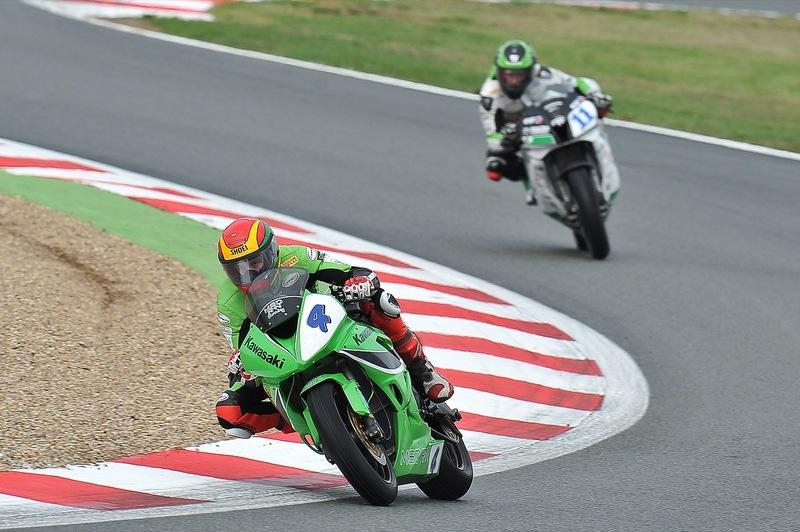 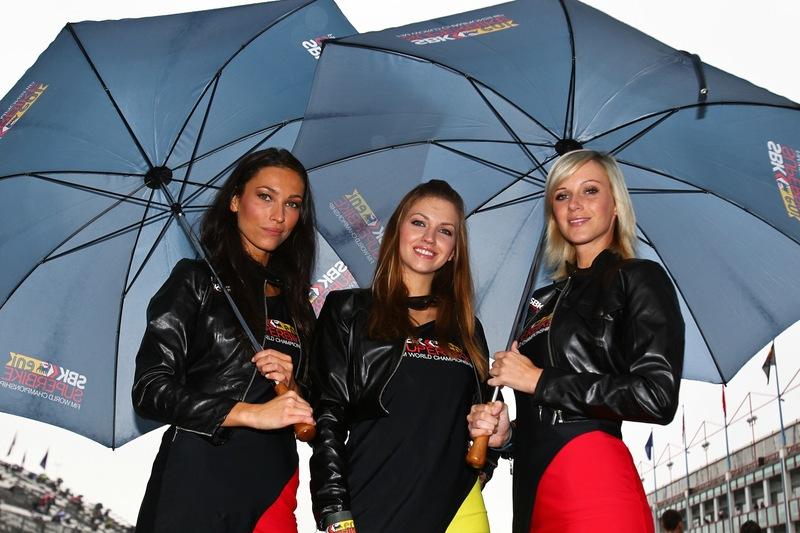 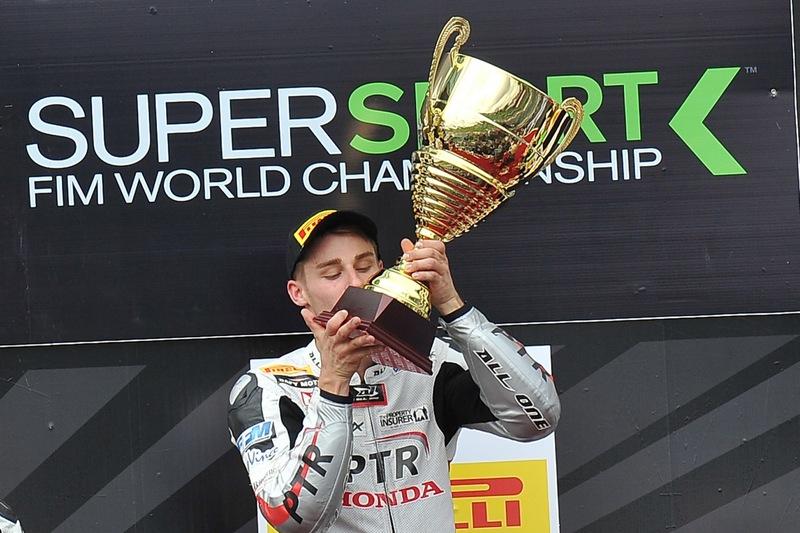 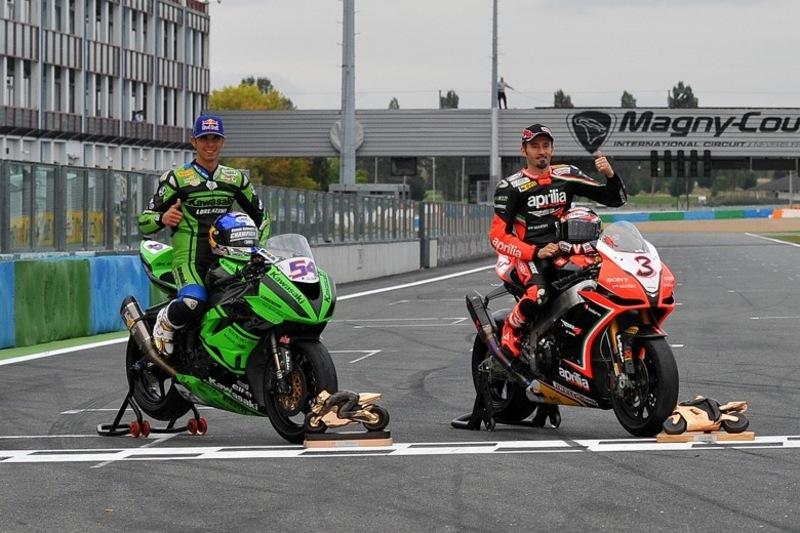