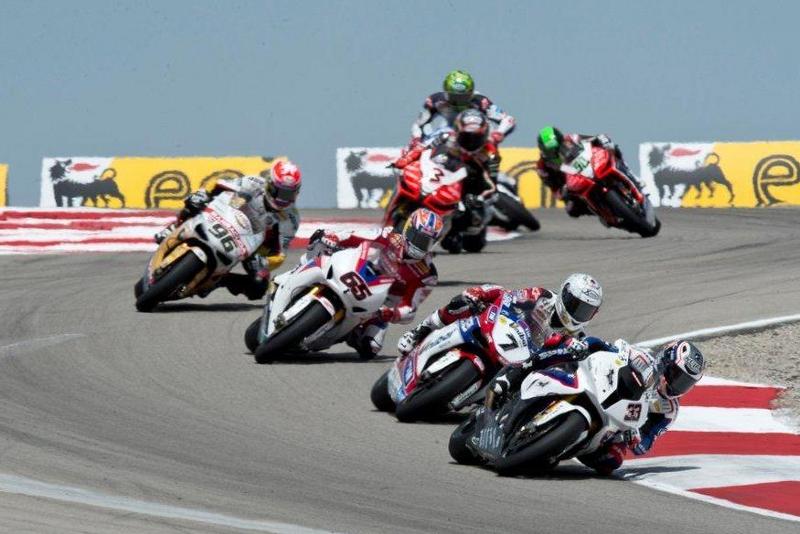 Held at Miller Motorsports Park in Utah, this round was a 'local' one for John Hopkins (FIXI Crescent Suzuki). Alongside Hopkins, Jake Holden was another US entrant, riding the Grillini Progea BMW S 100RR formerly ridden by Australia's Mark Aitchison. Local wildcard for this round was Shane Turpin, who was riding a Ducati 1098R for Boulder Motor Sports.

In qualifying, the Ducatis proved to handle the Utah circuit best, with Carlos Checa (Althea Racing) and the Effenbert Liberty pair of Jakub Smrz and Sylvain Guintoli setting the pace through Superpole 1 and 2. At the end of Superpole 3, Smrz secured the quickest time ahead of Checa, followed by Kawasaki Racing's Tom Sykes, with Althea Racing's Davide Guigliano completing the front row. Jonathan Rea (Honda World Superbike Team) was next best, joining Guintoli and the Aprilias of Max Biaggi and Eugene Laverty on the second row. Both BMWs qualified poorly, Melandri and Haslam starting from ninth and thirteenth respectively.

RACE 1
The opening 21-lap race at the high-altitude Miller layout saw Sykes take the early lead, with Checa, Melandri and Rea in hot pursuit. By lap five, Melandri had moved to the front, thanks in part to an off-track excursion from Sykes, who dropped back to sixth.

Midway through the race, Hopkins' miserable season got worse when he crashed, but was uninjured. PATA Racing's Lorenzo Zanetti crashed on lap 12, followed by Holden, who was able to remount and continue. At the front, Checa had taken the lead and was starting to put a gap on Melandri. Behind them, Biaggi made a pass on Rea stick, while Sykes was battling with Smrz and Chaz Davies (ParkinGO MTC Aprilia), the Kawasaki rider clearly struggling on the Utah track.

The last few laps saw no major changes at the front of the field, and at the chequered flag, Checa had eased his Ducati to a 2.313-second victory over Melandri, with Biaggi just getting the better of Rea for third position. Laverty was fifth followed by Smrz. Both Davies and Sykes faded to finish seventh and eighth respectively.

Checa's win was his fifth at his pet circuit. "A great result, a great race, a great moment!," the Spaniard enthused. "I've always had a great relationship with this track and to win here again is just fantastic, especially after some difficult recent rounds. The race wasn't an easy one and Melandri pushed right until the end, I couldn't relax for a second! But I was feeling confident with the tyre that we had chosen and was able to make a great race. I had to work hard through the corners as we seemed to be losing a lot on the straights but I am very happy with the result, and happy for the entire team that has worked so hard this weekend."

RACE 2
The second race looked like it would be a copy of the first when Checa made his way to the front. But after three laps, Hiroshi Aoyama (Honda World Superbike Team) crashed, dumping oil on the track that led to the race being red flagged.

At the restart, Checa picked up where he left off, taking the lead and holding it for the opening five laps. On lap 6, disaster struck for the Spaniard when he lost the front end of his Ducati and crashed. Checa was able to continue, albeit at the back of the field, but entered the pits twice to assess the damage, deciding to withdraw from the race with seven laps to go.

Checa's exit opened the door for Melandri to take the lead, but he only held it until lap 11, when Rea made his move. Davies, Biaggi and Sykes were also threatening, but the real battle was between Melandri and Rea. With the margin between the two hovering around the half-second mark, Melandri pounced on the final lap to take victory by 0.195 from Rea. The battle between Davies and Biaggi for the final podium spot was similarly tight, but the Italian prevailed over the Brit, ensuring he keeps a narrow but important lead in the championship.

For Davies, the result was his best to date this year. After showing early pace in race 1, the World Supersport Champion, who broke his arm at the Phillip Island season opener, managed to run with Biaggi for muh of race 2, a positive sign for the team in rounds to come.

Well behind the leading group, Sykes finished a distant fifth, closely followed by Laverty, with Guigliano and Haslam a further two seconds back.

"It is amazing. My team and BMW did an awesome job," said Melandri on his second World Superbike race victory. "Miller was my worst weekend last year, and it was the worst for BMW, too. So going home with two podiums, a win and a second place, is like a dream."

Consistent improvement from Melandri means he now sits equal second with Sykes in the championship, closely followed by Rea. Checa's recent string of DNFs are proving costly, with the defending champion slipping to fifth, but the Spaniard does have a decent gap on Haslam, the only other realistic championship contender.

The next round of the 2012 World Superbike Championship will be at Misano, San Marino on June 10.

NOTE: World Supersport did not compete at this round 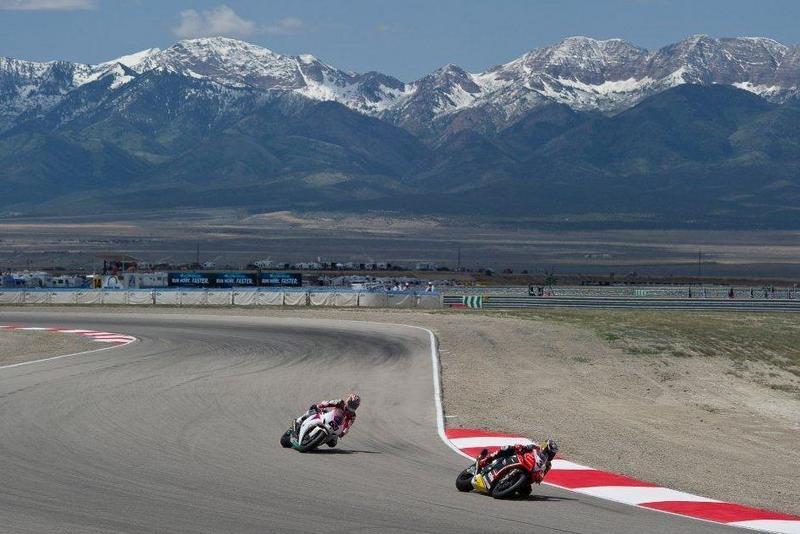 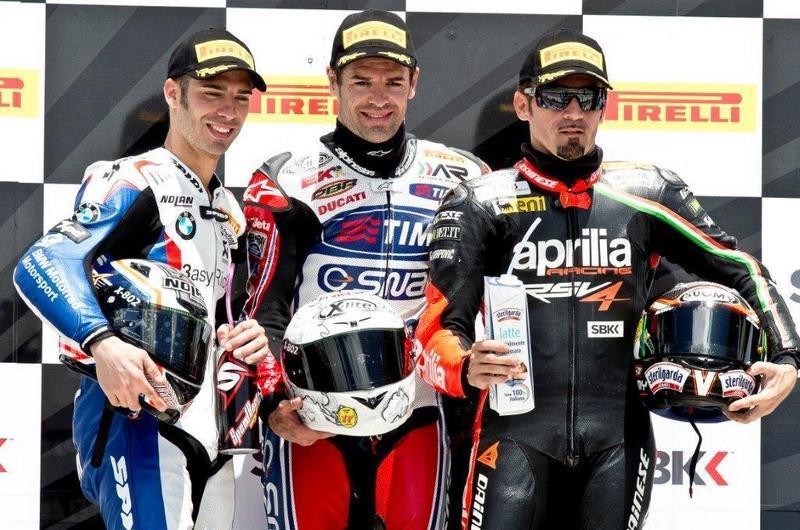 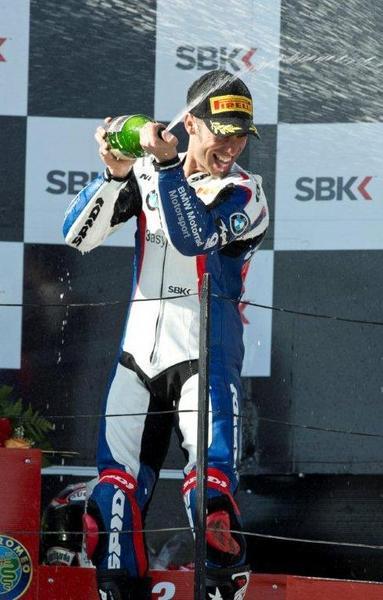