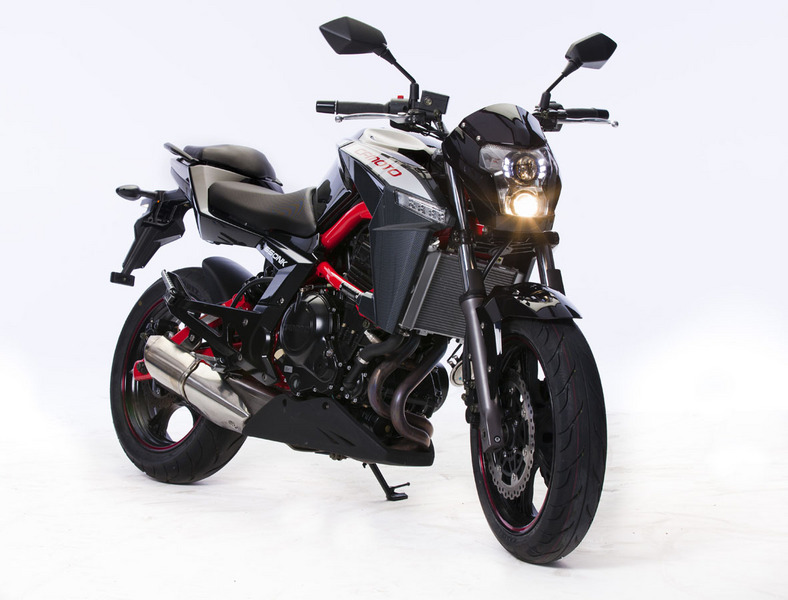 The 650NK is significant in that it represents not only CFMoto's first large capacity two wheeler, but also the first large capacity two wheeler from any Chinese manufacturer to reach our shores
For a name that is still relatively new in this country, CFMoto already have a pretty extensive product portfolio. 2012 has seen some new additions to the range, and the most talked about of these has been the 650NK.

The 650NK is significant in that it represents not only CFMoto's first large capacity two wheeler, but also the first large capacity two wheeler from any Chinese manufacturer to reach our shores. While CFMoto do have big capacity ATVs, their two-wheel range has been of 250cc engine size or smaller - until now. The company has a fairly hefty R&D Department, and are export focused, with the emphasis on quality rather than volume. A fair degree of R&D obviously went into the 650NK, as it is certainly a more thought out and 'complete' package than those than some that have preceeded it.

The 650NK's engine is a 649.3cc parallel twin with double overhead camshafts, four valves per cylinder, gear-driven counterbalancer and electronic fuel injection. Early reports suggest that the performance and throttle response is on a par with anything else in its class, and the parallel twin is Euro 3 emissions compliant as well. The stumpy, 2-into-1 single-sided exhaust looks a little unusual, but it's not unique to CFMoto, with both Japanese and European brands turning out bikes with odd-looking silencers of late. Initial road test reports have been positive on the exhaust note, too, so it obviously does its job. Vibrations are kept to a minimum thanks to the internal counterbalancer, rubber bushings and relatively thick handgrips.

Transmission on the 650NK is a 6-speed manual, which has been identified as a very precise, smooth-shifting unit. Brakes are decent-sized discs: twins on the front with twin piston calipers; and a good-sized ventilated rear disc, too. From the factory, the 650NK is fitted with Cheng Shin tyres: 120/70 front; and 160/60 rear. While not the standard of a Pirelli or Michelin hoops, the Cheng Shins don't need to be, as the 650NK is a bike that's unlikely to be pushed to Superbike limits of grip and handling. The suspension comprises Kayaba-developed Chinese-built 41mm telescopic forks at the front, with a cantilever swingarm and monoshock at the back. Unlike the ER-6n offset rear shock, the 650NK's is centrally-mounted.

Riding position is described by CFMoto as "relaxed racer", and road tests have agreed that while upright, the seating position, bar reach, etc., is both comfortable and natural. Overly tall riders may find it a little uncomfortable, with the tank identified in some reports as being a little wide, but the 795mm seat height and well-spaced bars (with adjustable clutch and clutch levers) and footpegs should appeal to most. The switchgear is all pretty standard, and the same goes for the dash cluster nestled under the headlight's flyscreen. The layout comprises a large analogue tachometer, digital speedometer, fuel and temp indicators, tripmeter and the usual neutral, high beam and indicator lights.

In terms of the 650NK's styling, comparisons to Kawasaki's ER-6n have been drawn, and not without some justification, as the 650NK is very similar in terms of not only layout and configuration, but also overall appearance. There's a touch of Ducati in the red-painted frame, but the rest of the bike is very much Japanese, with a sharp, angular look to the tank, seat and plastics that's very much the style these days. Overall, the 'big' CFMoto not only looks big, but looks 'right', without the odd, "carnival mirror" styling seen on some other Chinese-built machines.

An interesting styling feature is the incorporation of the front LED indicators into the carbon fibre-look engine shrouds. Visible from the front and the side, they're effective, without being obtrusive. The rear indicators and tail light are more conventional, but could benefit visually from a similar approach to that taken with the front. The headlight with its tiny flyscreen is in the vertically-stacked style, another Kawasaki influence. On launch, available colours were black and white, with the carbon fibre-look shrouds and red frame common to either colour choice.

On initial impressions regarding configuration, quality of finish and appearance, the 650NK already ticks a number of boxes, but the biggest and most important one for the LAMS buyer is price. At $5,990 + ORCs, the 650NK is cheaper than its Japanese competitors by around $3,000 (more in some instances), and even beats a similar capacity Hyosung. With most LAMS buyers on a budget, this is a very attractive figure.


Later this year, an unrestricted version of the 650NK is set to be released. Success with the LAMS version may pave the way for greater acceptability of the 650NK in the broader motorcycling market, but CFMoto are no doubt aware that success in the LAMS field can be a double-edged sword. If hordes of 650NKs are on the roads, it may diminish the appeal to non-LAMS riders of what could be seen as a "junior" bike, despite the affordable price.

The ultimate test of the CFMoto 650NK, and one that can't be answered yet, is the test of time. Initial reports of the 650NK have been very good, but how well the 650NK's assembly and engineering stands up to long term ownership, and the high kilometres and wear & tear that comes with it, won't really be known for some time. At this stage, being such a new commodity, the 650NK is worth a closer look on curiosity value alone. With the 2 year/20,000 km warranty offering a degree of assurance, LAMS buyers certainly wouldn't do themselves any harm in giving the 650NK a look when researching their first ride. Being a bigger bike than most of the other LAMS offerings, the 650NK may not be for everyone, but it should satisfy the "first bike" needs of a lot of riders.

Development on the 650NK started in 2009, and Australia is one of the first non-Asian markets to receive the naked twin with the big engine.

Following the release of the 650NK, CFMoto are set to release not only an unrestricted version, but also a fully-faired variant - the 650TR. This touring version is tipped to feature a more pillion-friendly rear seat, deep windscreen and panniers, but using the same basic powerplant as the 650NK.

Following the launch of the 650NK, CFMoto challenged Australians nationwide to become motorcycle journalists for the day by visiting their closest CFMoto Dealer and taking this new CFMoto motorcycle for a test ride. Upon riding the bike, CFMoto invited individuals to submit their very own review of the 650NK on the model's dedicated website - www.650nk.com.au 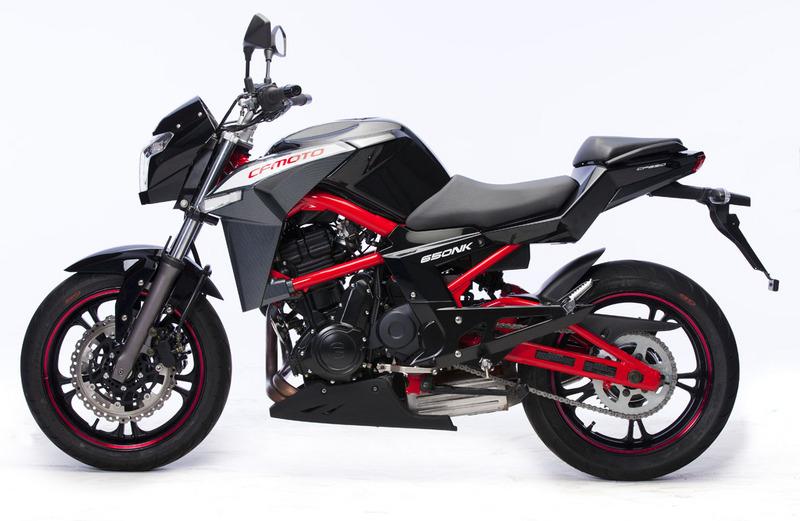 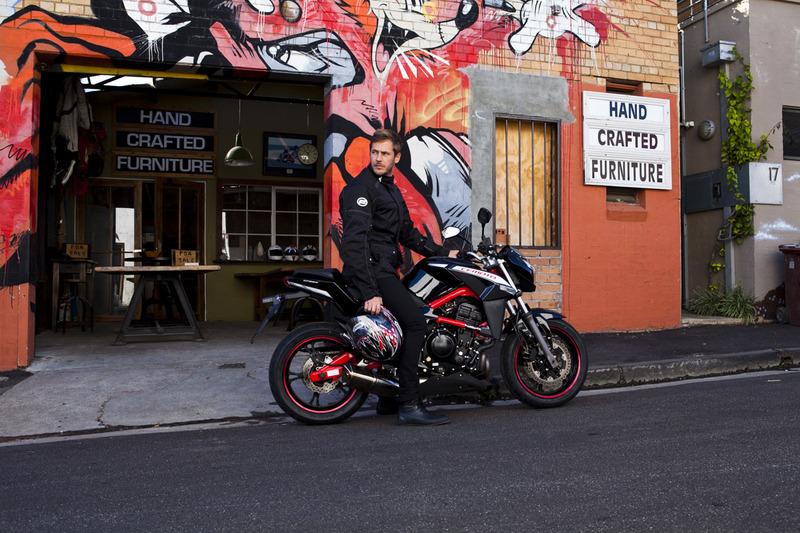