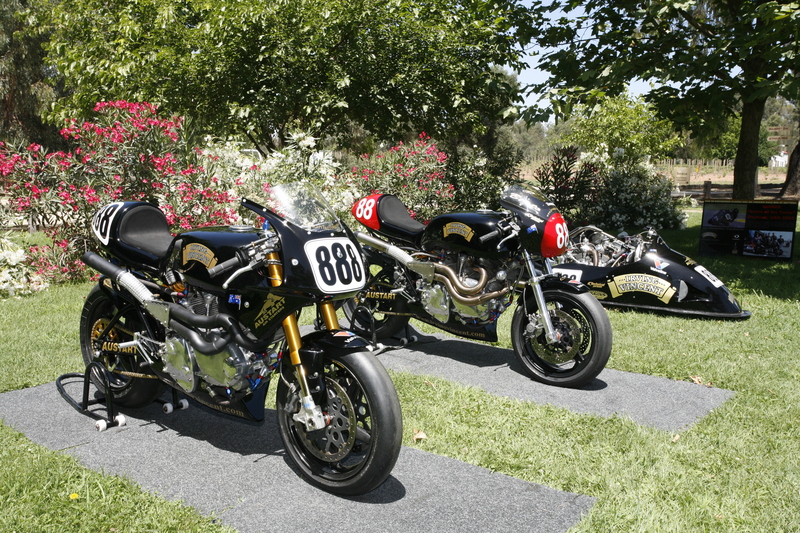 While there were lots of natural wonders to admire in the rural Victorian setting, the eye candy of assembled motorcycles undoubtedly took the attention of most attendees!

Event organisers, Motorcycling Australia, assembled a number of locally-developed and manufactured bikes for the launch, to illustrate the "ANZAC Ingenuity" theme for this year's HBBB. The Horner Brothers' Irving Vincent solos and outfit shared the lawn with Ian Drysdale's concept V8, Paul Carberry's Royal Enfield Bullet v-twins, Dave Murray's Honda RS 1000 replica and close to a dozen more. Many of these bikes, along with the blokes who built them, will be at this year's HBBB, which is scheduled to take place at the Victorian State Motorcycling Complex at Broadford this Easter (April 23-24). Tahbilk's Julian McLean rolled out some examples from his impressive MV Agusta collection, while locally restored and modified BSAs, Indians, Jawas and Hondas were also on display.

Speaking after the launch, MA's Peter Drakeford praised the breadth and depth of bikes on display.

"It was astonishing to see so many phenomenal bikes on display and the day gave everyone a great taste of what's to come at Easter!" Drakeford said.
"The engineers who put these bikes together embody true Anzac ingenuity and there is just so much interest in these amazing machines.
"Our thanks must go to Tahbilk Wines for hosting the launch at their stunning winery, to Honda and to everyone for coming, including special guests and those who brought along these amazing machines.
"We've had an unprecedented number of entries so far, and we're anticipating the event will be much bigger than last year."

Also speaking at the launch, General Manager of Motorcycles at Honda Australia, Tony Hinton, said he was pleased to continue Honda's involvement with the event.

"Having been associated with the Broadford Bike Bonanza since its commencement, Honda is proud to recognise the Bonanza has established itself as a unique event in the motorcycle world," Hinton said.
"It gives riders the remarkable opportunity to dust off their old bikes and take to the tracks, drawing spectators and enthusiasts from all over the country and even internationally, culminating in a three day festival enjoyed by all."

Special guest at the launch was 11-time Manx GP winner and multiple Isle of Man TT competitor, Bob Heath. With a competition pedigree stretching back to the mid 1960s and covering a broad variety of motorcycle makes and models, Heath is eminently qualified to be the visiting star of this year's HBBB. Heath is also the owner of one of the most sought after competition machines of all time, the ex-Mike Hailwood Honda RC350-4.

A star of another sort will make attending this year's HBBB a must - the Britten V1000. One of only 10 of these legendary machines built, and the only one believed to still be in regular running condition, the Britten will cross the Tasman to be hustled around the Broadford track by fellow Kiwi and multiple Motorcycle Grand Prix Championship winner, Hugh Anderson.

Heath and Anderson will join well-respected motorcycling journalist, Alan Cathcart, as headliners for the HBBB Gala Dinner on Saturday, April 23 at the Broadford Memorial Hall. At time of writing, tickets were still available for the dinner. Pricing and entry forms can be found on the HBBB website - www.ma.org.au/hbbb

Another name to be attracted to this year's HBBB is Garry Thomas, who will be piloting a restoration of the same Kawasaki H2 Superbike on which he won the Chesterfield Superbike Series in 1974. A legend of Australian motorcycle racing, Thomas's skills extended beyond the tarmac to motocross, short circuit and trials competition, and he's sure to enjoy swinging a leg over his old Kawasaki at Broadford this Easter.

With a number of classic ANZAC bikes and equally classic ANZAC riders already locked in, and more to be announced in the coming weeks, the 2011 Honda Broadford Bike Bonanza is shaping up to be the best ever. Our advice is to make sure you don't miss out! The 2011 Honda Broadford Bike Bonanza is scheduled for Easter Saturday and Sunday - April 23 and 24 - at the Victorian State Motorcycle Complex, Broadford. 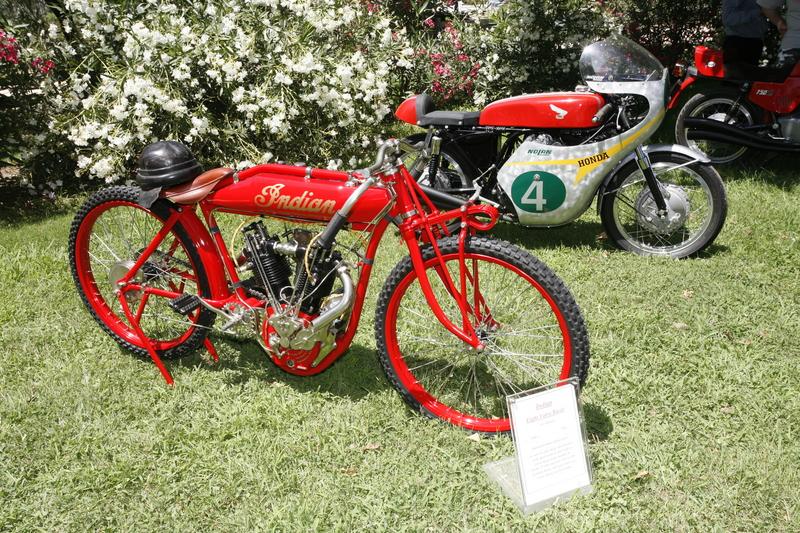