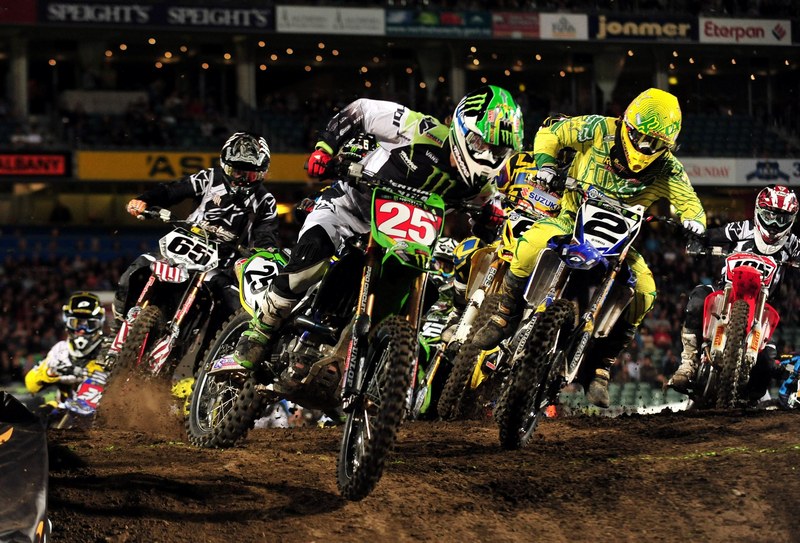 Kawasaki's Josh Hansen was the favourite for the Open class, but the inclusion of Jeff Alessi, riding alongside Jay Marmont at CDR Rockstar Yamaha and NZ's own Ben Townley on a Kawasaki, meant Hansen would have strong competition
With the past three round winners - Chad Reed, Kevin Windham and Justin Brayton - all back in the US, round 4 was guaranteed to produce a new winner.

Monster Energy Pro Circuit Kawasaki's Josh Hansen was the favourite for the Open class, but the inclusion of Jeff Alessi, riding alongside Jay Marmont at CDR Rockstar Yamaha and NZ's own Ben Townley on a Kawasaki, meant Hansen would have strong competition. Cody Cooper (Rockstar Motul Suzuki) was also making his Super X debut at Auckland after missing last year's series due to injury, while Daniel Reardon (Cougar Bourbon Thor Honda) and Tye Simmonds (JDR Motorex KTM) both came to NZ determined to make a mark. In the Lites class, P.J. Larsen (JDR Motorex KTM) and Lites championship leader, Matt Moss (Rockstar Motul Suzuki) were the riders to beat, but the inclusion of a number of local NZ boys was sure to add spice to the mix.

Following 'Double Header', 'Triple Challenge' and 'Survival' formats at the opening three rounds, Auckland's North Harbour Stadium featured a 'Quad Challenge' format for the Open class, consisting of four 6-lap motos, while the Lites riders ran a 'Triple Challenge' format of three 7-lap motos. The Jason Baker-designed track at Auckland was fast, but had a lot of technical elements, including a very challenging rhythm section, so speed AND skill were required.

In Open class seeded qualifying, Hansen came out on top, followed by Matt Moss (Rockstar Motul Suzuki) and Jeff Alessi. Jeff's brother, Mike Alessi (Jagermeister KTM/JDR Motorex) has struggled all series and Auckland was no exception, where the elder Alessi qualified down the field in eighth.

The 'International Challenge' relay race returned for round 4, and this time it was the Aussie team of Marmont, Reardon and the Moss brothers who prevailed over Hansen, Larsen and the Alessi brothers. The Kiwi team of Townley, Cooper and Michael and Mason Phillips posted some super quick lap times, but couldn't make up for a poor opening leg. In the Open class heat races which followed, Townley suffered a bad crash and dislocated a hip. While early reports were glum, a medical assessment in the week following the Auckland round indicated the damage wasn't as bad as first thought.

Progressing through the heats and 'eliminator' challenges, Jake Moss secured the pick of the starting gate for the races, followed by Jeff Alessi, Marmont, Reardon and Simmonds, who was campaigning the 2011-spec KTM 350 SX-F.

The Lites ran their three finals back to back, and it was Larsen who dominated the opening moto, scoring the holeshot and finishing clear of Moss, with UK-import, Steven Clarke (Raceline Pirelli Suzuki) third and Ryan Marmont (JDR Motorex KTM) in fourth. Errol Willis (Raceline Pirelli Suzuki) challenged early, but the majority of the moto was a two horse race between Larsen and Moss.

Moto 2 was marred by a series of crashes that affected Moss, Clarke, Luke Arbon (Kawasaki Racing Team Cool Air Conditioning) and Willis. Their misfortune proved to be Ford Dale (Serco Yamaha)'s fortune, the Yamaha rider crossing the line ahead of Marmont, Larsen and Rockstar Motul Suzuki's Lawson Bopping, who bounced back after a spectacular moto one crash.

Dale, who along with the rest of the Yamaha team was riding in honour of the seriously injured Harley Quinlan, hoped to claim another podium in the final moto, but a flat rear tyre caused by a stray screw on the track saw him fail to finish. Arbon rebounded from his moto two disappointment to finish fifth, but it was another flag-to-flag victory for Larsen, ahead of Moss, Luke Styke (GYTR Rockstar Yamaha) and Marmont. JDR Motorex KTM finished the round 1-2, while Larsen also reclaimed the Super X Lites championship lead from Moss.

In the opening Quad Challenge moto, Jay Marmont wore his treasured 'green and gold' FOX gear from the MXoN, which he's since pledged to auction off in support of Harley Quinlan. In front of 10,000 fans, the opening moto went the way of Hansen, who scored the holeshot and finished clear of Moss, Marmont and Simmonds. The top four maintained station lap after lap in a generally incident-free race, although Jeff Alessi did suffer a crash on the first lap that led to his retirement.

The second Open moto was almost a mirror image of the first, with Hansen again securing the holeshot. Marmont was on Hansen's tail lap after lap, but couldn't make a pass, while Moss had to settle for third. Coastal KTM Motorex's Daniel McCoy was an early front runner, but fell back through the field as the race progressed, allowing Simmonds and then Cooper to pass. Jeff Alessi again crashed out, suffering mild concussion in a spectacular spill. With two badly damaged bikes, Jeff had to watch the action from the pits for the remaining two motos.

The big improver in moto 3 was Reardon, who despite another poor start, moved through the field to finish fourth behind Hansen, Moss and Marmont. Hansen's victory was again impressive, recording the fastest lap in the process.

With the threat of an American clean-sweep on the cards, Marmont stepped up for the Aussies to win the final Quad Challenge moto. A chaotic start went the way of NZ-local, Michael Phillips (Team Honda Hamilton), who scored the holeshot ahead of Moss and Marmont, while Hansen, Cooper and Simmonds were all caught mid-pack. With only six laps to make good any startline errors, Hansen showed his skill to move from seventh to third within two laps, but the Kawasaki pilot couldn't close the gap to race leader Marmont and Moss, who made it an Aussie 1-2 finish. Hansen finished third, ahead of Todd Waters (Cougar Bourbon Thor Honda), whose fourth place was his best result of the night. McCoy rounded out the top five. Mike Alessi, who fell and cracked a rib during practice, was riding in pain for the heats and finals, which goes some way to explaining his poor results at Auckland. Despite this, Alessi finished three of the four finals inside the top ten.

After four rounds, Hansen on 223 points leads Jay Marmont on 193 and Jake Moss on 152 points in the Open class. In the Lites, Larsen has regained the lead (210 points), but by only nine points from Matt Moss (201), with Ryan Marmont a further 25 points back in third (176) heading into the next round at Dunedin. 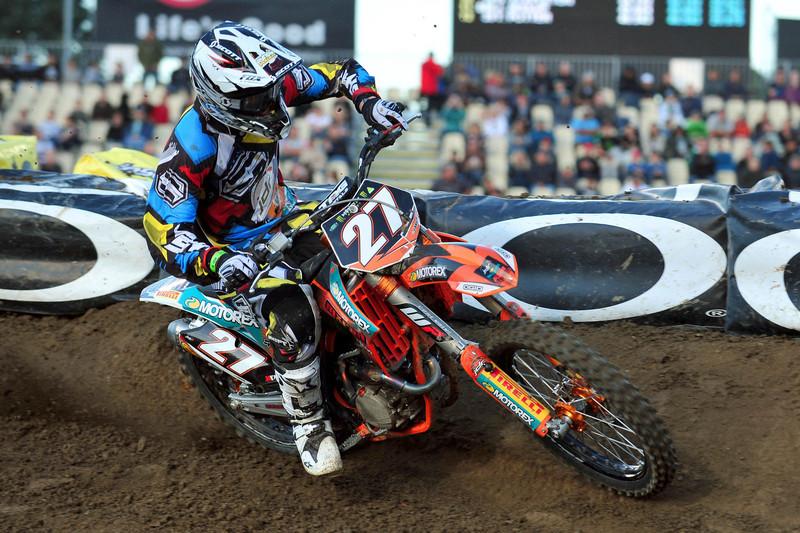 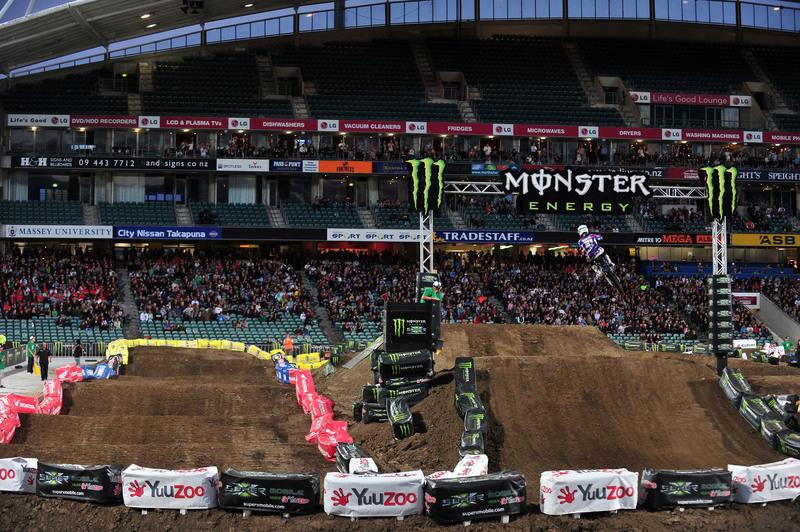 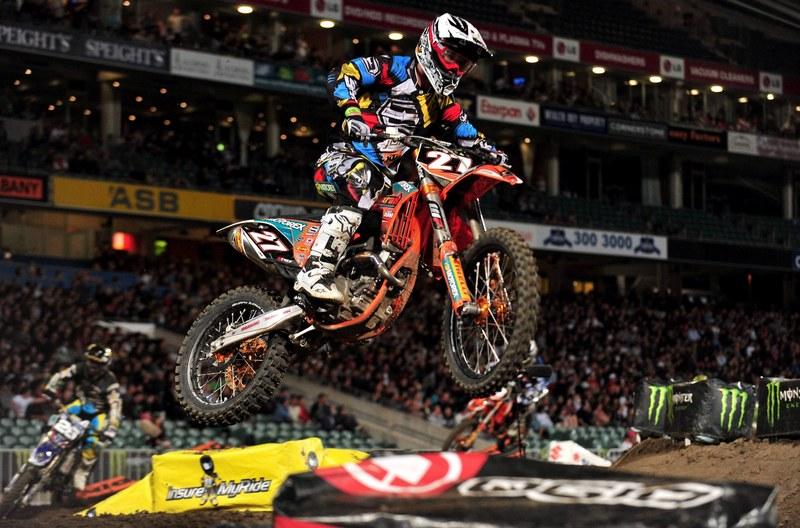 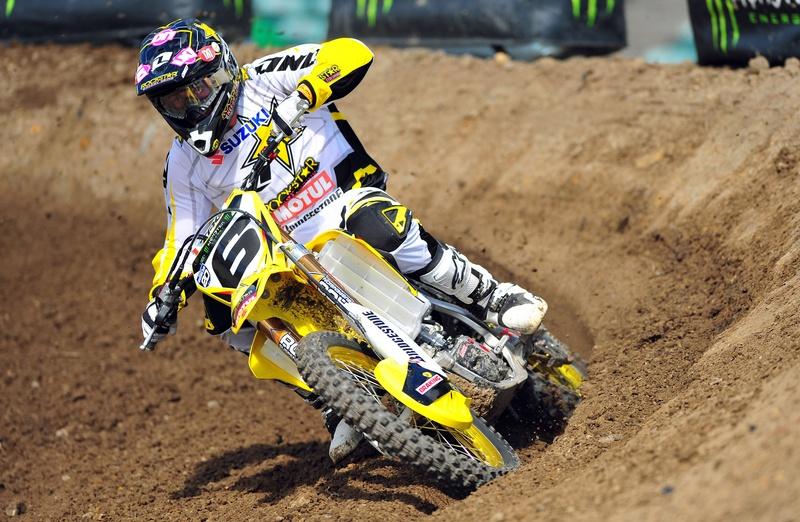 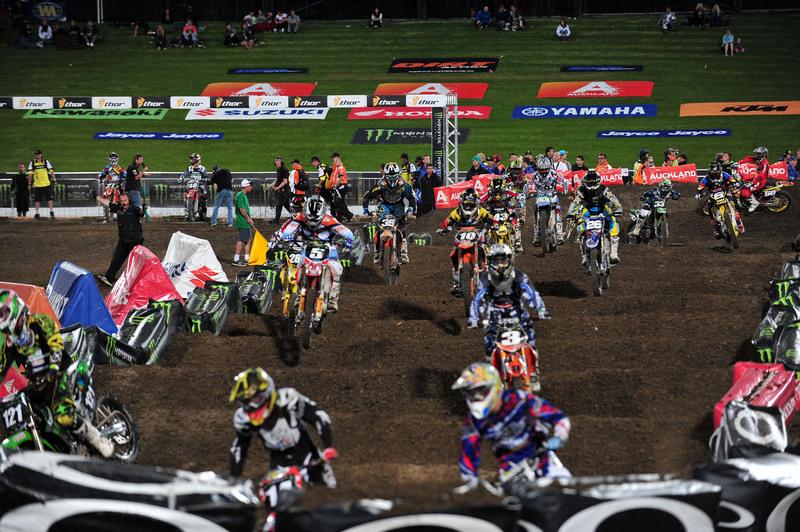 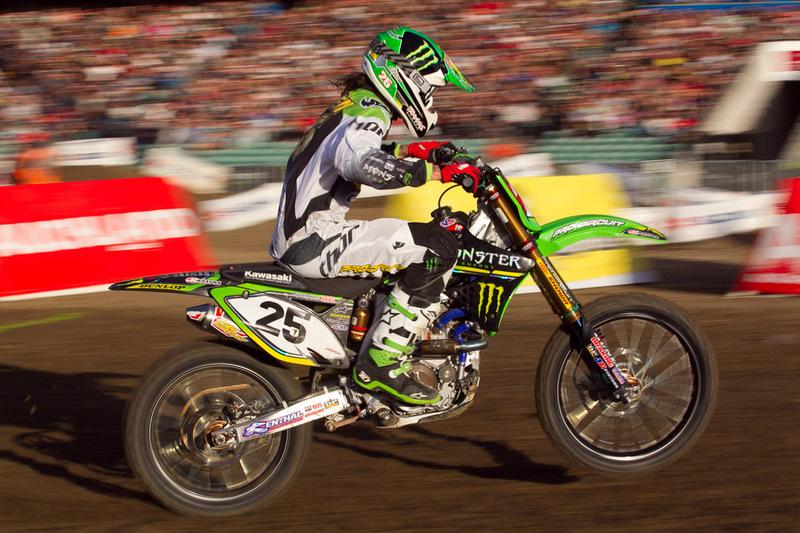