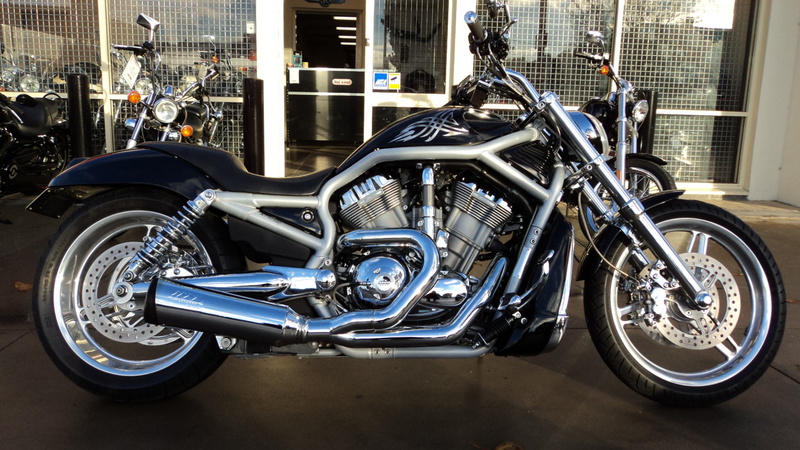 So it was when Harley-Davidson unveiled their all-new VRSCA 'V-Rod' in 2001. 'Revolution' was the name given to the engine that marked Harley's first significant departure from their air-cooled v-twin origins.

Planning for a liquid-cooled motor began back in 1988 and came to fruition in the VR1000 Superbike racer in 1994. Against the established Japanese and European machines, the VR1000 racing effort foundered, but it did provide Harley with valuable information on the performance capabilities of the engine and its potential applications for a 'performance custom' road bike, a market segment that didn't really exist at the time.

Making sure the new engine - and the bike that was to be built around it - stayed true to the Harley-Davidson look, sound and feel were crucial to the development process. With their own engineering department busy with new projects, Harley commissioned Porsche Engineering Services to further develop the engine for street applications, while Harley themselves worked on the frame and styling. The size (1130cc, or 69 ci) and dimensions (60 degree, instead of the usual 45 degree v-twin) of the new engine made it unsuitable for any existing H-D frame, so a new one was built from the ground up. The 'clean sheet' design goes some way to explaining the distinctive frame of the V-Rod, unlike any other Harley-Davidson of the same era. The frame and elements around it were also designed with the aim of showcasing the new v-twin, so items like the airbox (moved to where the fuel tank normally is), fuel tank (moved to under the seat) and exhaust were designed to enhance the look and performance of the engine. A 38 degree rake to the front end was mirrored by a similarly shallow angle to the rear suspension forks, both of which accentuated the V-Rod's dragster look. An all-over silver finish suggested high performance aircraft, and solid discs completed the package.

Debuting in late 2001 as a 2002 model, the VRSCA - 'VR' paying homage to the VR1000 racebike and 'SC' for Street Custom - made a huge impression. While some purists dismissed the water-cooled model as not being a 'real' Harley, the majority of Harley enthusiasts lapped it up, the V-Rod going on to become one of Harley-Davidson's most popular models.

Being such a new model, few changes were made between the debut model and the one released for Harley's centenary year in 2003. Engine mods increased torque from 88Nm to 105Nm, weight also increased by just under 15 kgs, while the tendency for the V-Rod to 'ground out' under spirited riding saw the ride height increased slightly. Riding position continued to be the classic feet-forward cruiser style, though. Front and rear tyres remained the same, as did the 292mm brakes - twin discs at the front, single disc at the rear.

Colour scheme for the 2003 models switched from the all-silver look to a two-tone 'Sterling Silver and Vivid Black' combination. Like all 2003 Harleys, the centenary model V-Rod carries the H-D 100th anniversary logo on the tank. While the latest V-Rod 'Night Rod Special' and 'Muscle' models are enjoying popularity today, 2003 model V-Rods, like all Harley centenary models, represent a good long term investment.

V-Rod trivia
With the need for secrecy around the new model being paramount, heavily camouflaged V-Rods were tested on tracks around the US, but a lot of pre-release testing was also conducted on circuits in Germany.

In 2006, Scott Whitney and Joe Derosiers modified a 2003 V-Rod into an offroad sidecar outfit to compete in the Paris-Dakar rally. The pair failed to finish, but planned to recontest the race. To date, the 'Hog Wild' V-Rod outfit remains the only Harley-Davidson to be campaigned in the gruelling event.

Since its release in 2002, more than half a dozen different variants of the V-Rod have been released, with the recent VRSCDX 'Night Rod Special' being one of the most popular. 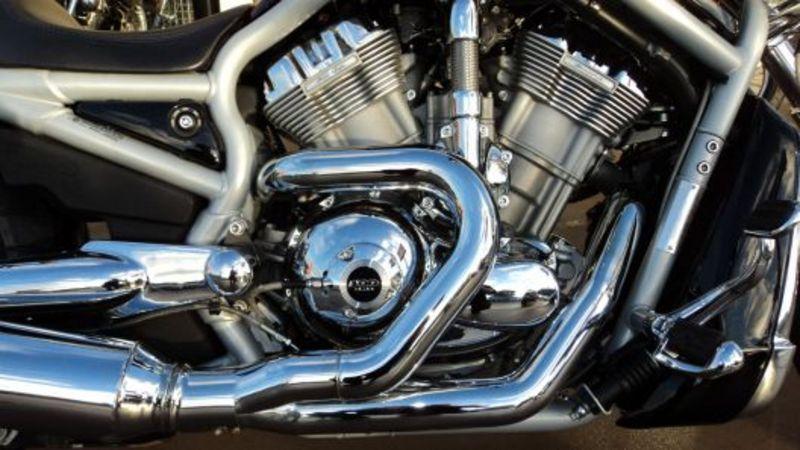 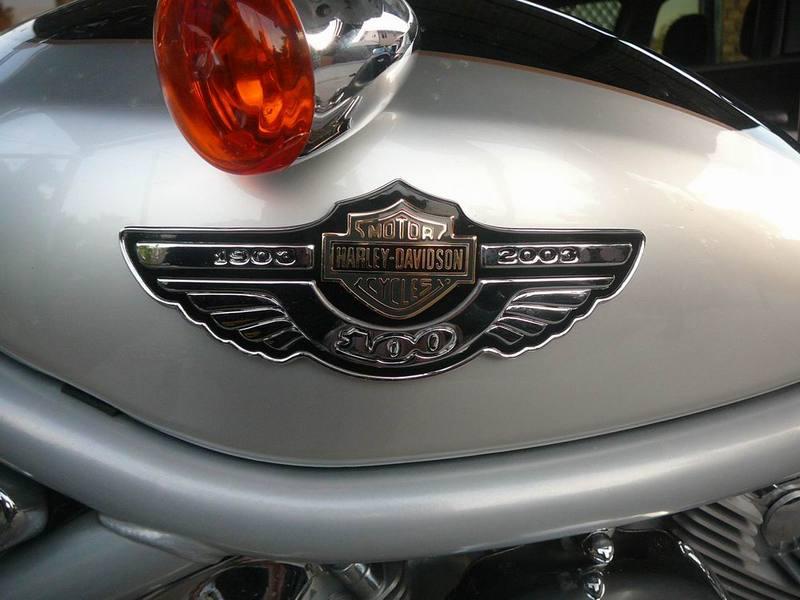 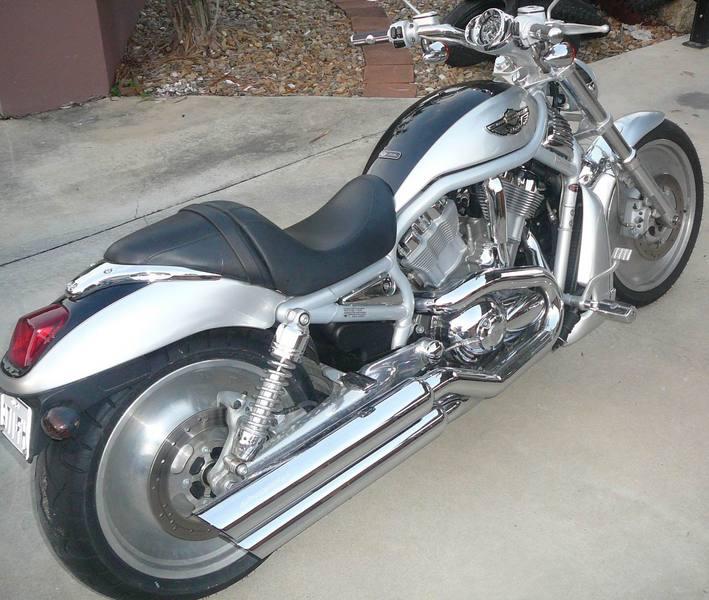 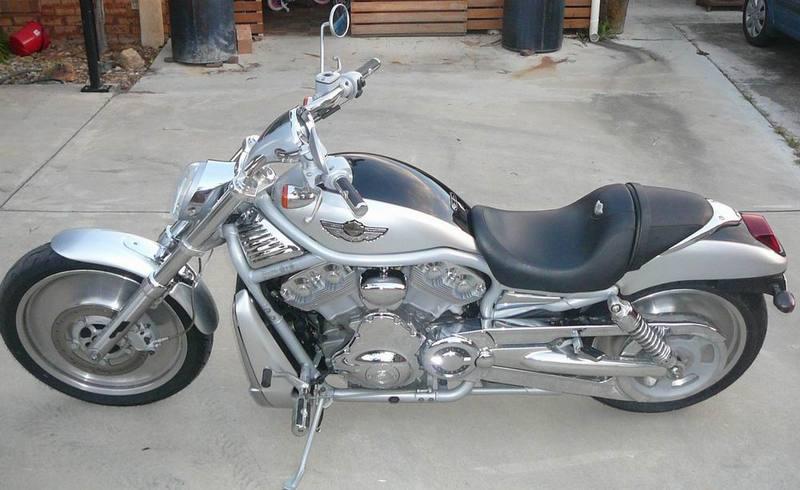 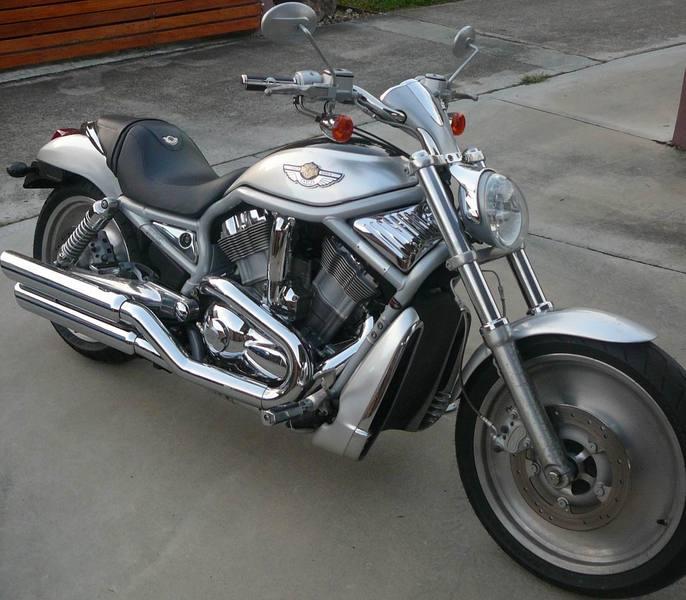 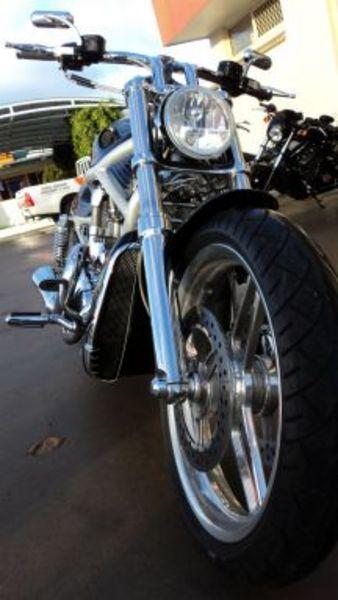 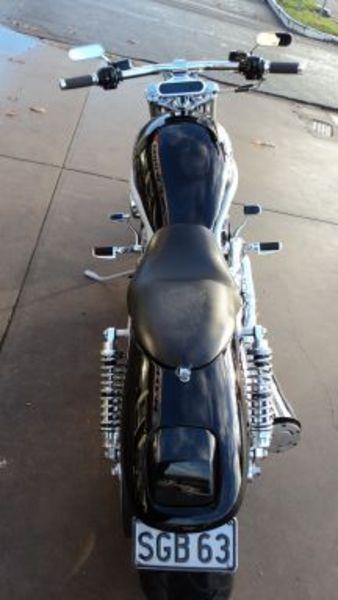 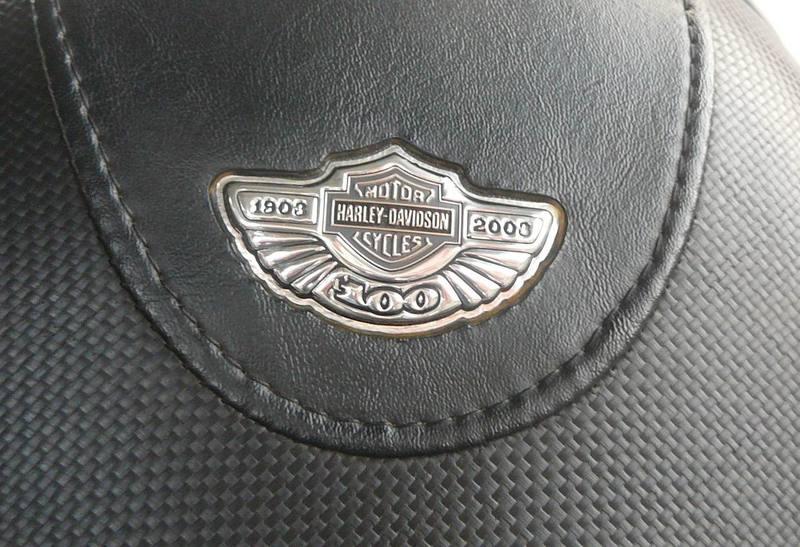