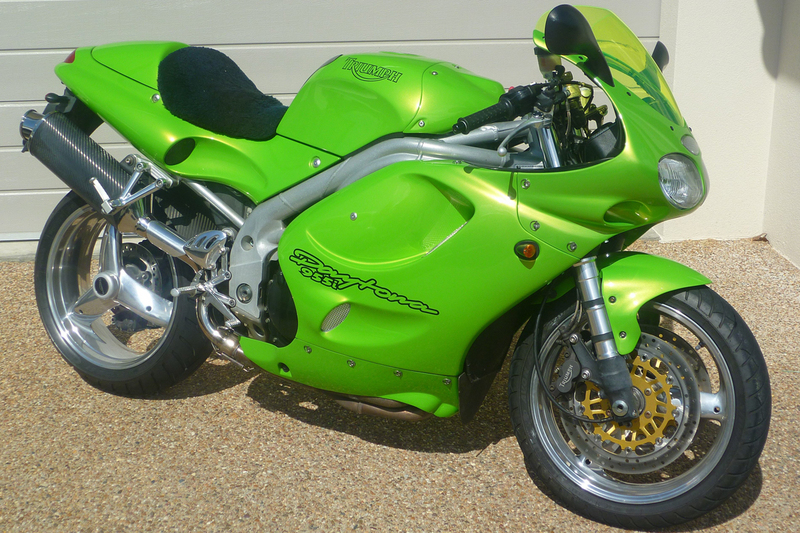 The main reason behind the switch from 'T595' (which followed the 'T' trend of other Triumphs from the early 1990s - T509, T309, etc.) to '955i' for the Daytona was confusion over just what the original designation meant. Some mistakenly thought the T595 Daytona was only a 600, not exactly desirable when you're pitching it against 900cc and litre-class sportsbikes! When new, the T595 Daytona offered speed and handling to match established sportsbikes of the period, but was still a little off the 'top of the tree' in this class - Yamaha's YZF R1, Honda's CBR 900 RR Fireblade and Ducati's 916.

The change to the 955i designation for 1999 cleared things up, but there was more than just a name change going on. Late in the 1998 model year, both airbox and the throttle bodies were enlarged, which delivered more performance. For the 1999 model year proper, the steering geometry and suspension were both altered, and the fuel injection was altered again. These running improvements would also characterise the Daytona models that followed.

Componentry and other changes aside, the core of the 1999 Daytona 955i was its three cylinder engine, something of an oddity in motorcycling on the eve of the new millennium, but one that Triumph stuck with and made a success right up to this day. British sportscar brand Lotus was originally involved in the development of the liquid-cooled 955cc inline triple, but it didn't carry much cachet with buyers, who were more interested in whether the Daytona could go toe to toe with the Fireblade and R1. The 955i brought the Daytona closer to the established Sportsbike competition, arguably as close as the 955cc Daytona ever got.

While the handling and steering were on a par with the Japanese leaders in the field, where the Daytona lost out was in weight. While lighter than the Ducati 996, the Daytona was heavier than the 900RR Fireblade and Yamaha R1. That said, the Daytona has more than enough power to satisfy most riders, with the triple providing its own distinctive note through the 3-into-1 exhaust. It's this, as much as anything else that seems to attract a lot of riders to Triumphs.

For 1999, the Daytona was available in three colours for most markets: Lightning Yellow; Tornado Red; and Jet Black. Styling was largely as per the 1997 redesign, with the "organic" look to the plastics and single-sided swingarm that made it distinctly "Triumph" and virtually unmistakable with any other bike from that year. The styling did cop some flack, though, with critics expecting a sportsbike to look a little "sharper". This was addressed by Triumph with the 2002 models. The redesign, while undoubtedly more modern, was also a little homogenous, and arguably had none of the character of the C1999 Daytona.

The Daytona's gauge cluster was an asymmetrical layout, with the rev counter prominent in the "centre". Below that to the left was the speedometer, with a smaller temperature gauge to the right. Running diagonally down the right hand side was the usual array of warning lights. When most manufacturers were going with partial or fully digital instrumentation, the Daytona's old-style gauges were a bit of an anomaly. However, they worked well, were clear and easy to read, which couldn't be said for the digital readouts that were introduced with the 2000 model Daytona.

Riding position on the 2001 955i was improved over the T595, but still wasn't ideal. The tank was quite wide, and the reach to the clip-on bars a bit of a stretch for smaller riders, while the bars themselves were at an unusual angle. The differences over most other sportsbikes were marginal, though, with criticism of the riding position - the usual wrist pain on longer rides - the same as just about every other sportsbike of the period.

When new, the 1999 Daytona 955i was seen as a credible performer, with road tests of the time lauding its power, torque and especially its handling - at low and high speed. The brakes - a Triumph strength from the outset - were praised as the equal best in class, while engine vibration through the seat and bars was cited as being minimal.

The Triumph name did attract a premium when new, though, with the Daytona more expensive than the Japanese competition. Depreciation will have levelled out prices on 1999 models across most manufacturers now, so Daytona 955i's from this era should be pretty affordable. They are rare, though, compared to the Hondas, Yamahas, etc., so it can take a bit more time and patience to track one down. Where the Daytona does win out is for the fact that Triumphs in general have tended to attract more mature, experienced riders, so most examples for sale should be in very good, well maintained condition. For a sportsbike that's outside the square (ie. not Japanese) with a look and sound all its own, the Triumph Daytona 955i is certainly worth considering. 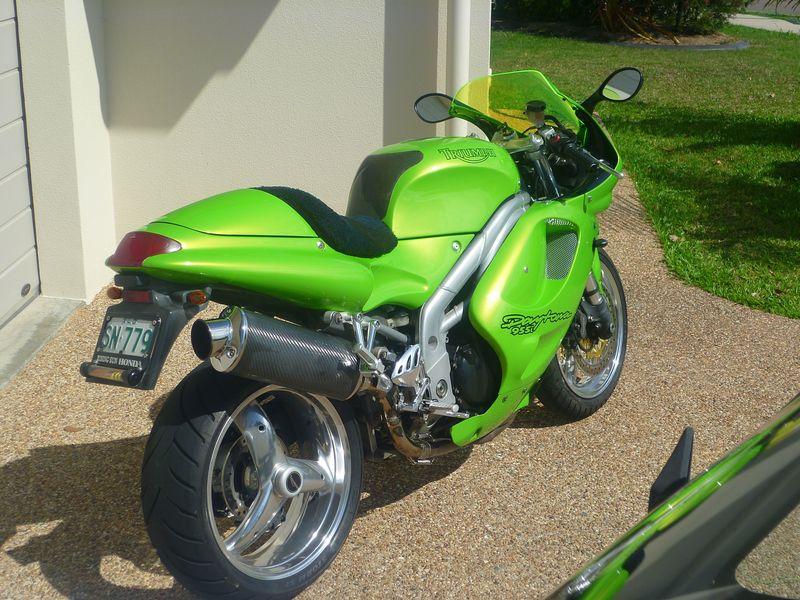 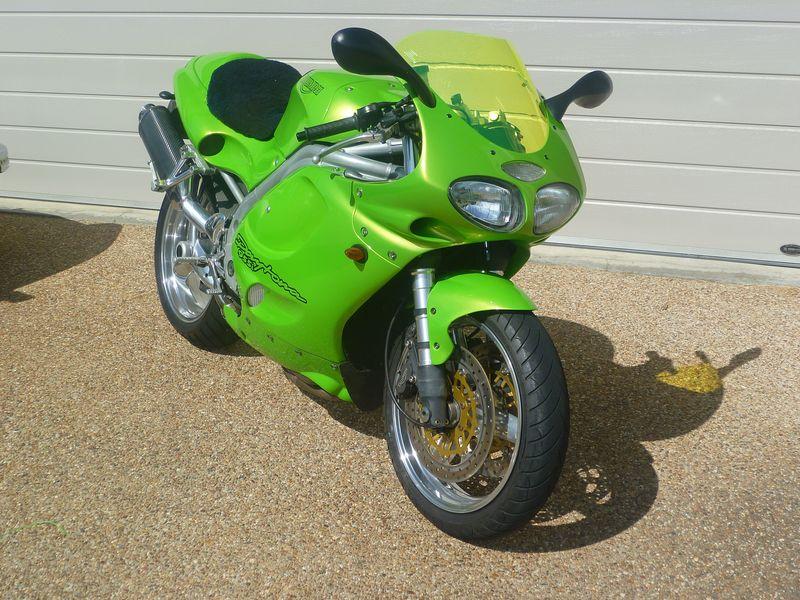