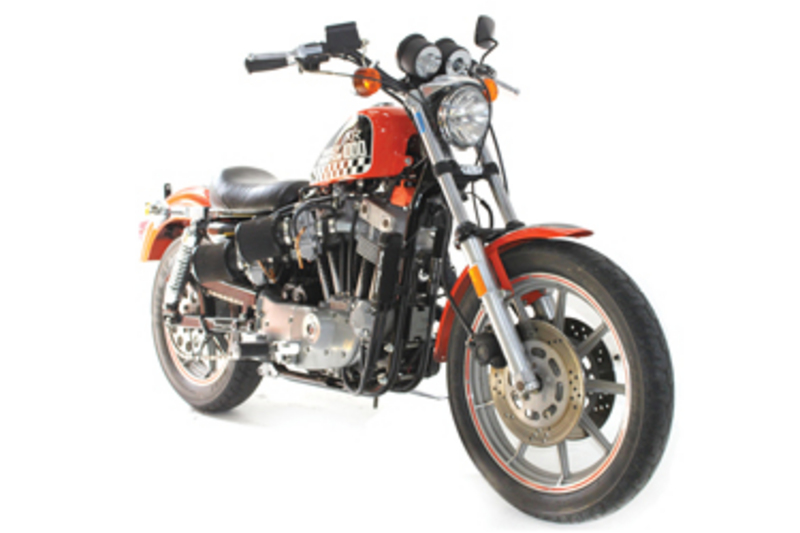 Any Harley enthusiast worth their salt will know the XR750, the racebike that dominated US flat track competition in the 1970s
Emerging from the mess of AMF ownership and following on from the progressive, but unfortunately unsuccessful XLCR, the XR1000 was Harley-Davidson's next effort at creating a performance special.

Any Harley enthusiast worth their salt will know the XR750, the racebike that dominated US flat track competition in the 1970s. As with just about every other successful race bike, there were calls to make a road legal version. The idea never got off the ground for a number of reasons, not the least of which was the fact that what made the XR750 so successful couldn't be easily transferred to the street. The compromises in terms of comfort that racers put up with simply wouldn't be tolerated on a roadbike, so throughout the 1970s, the XR750 roadbike never got past the "wouldn't it be a good idea" stage.

A new decade and a new mood of optimism after the management buyout of 1981 saw the roadgoing XR750 back on the agenda. Willie G. Davidson, the driving force behind Harley developments like the XLCR, was alleged to have also come up with the XR750 roadbike, dubbed the XR1000.

The idea was simple. Take an existing Sportster, in this instance the entry-level XLX, and trick it up with some of the performance engine parts from the XR750. The idea looked great - and cheap - on paper, but the reality ended up costing much more than anticipated. For starters, the 750cc XR750 cylinders wouldn't fit the 997cc XLX Sportster's bottom end. New, shorter iron cylinders had to be cast, along with new XR-spec alloy pistons and conrods to suit. With those units in place, the XR750 heads, with their smaller valves, proved unsuitable for the larger capacity engine, so they had to be recast, too, not only to allow for the larger valves, but also to include the fitment of through bolts to hold the heads, cylinders and case together. The heads then had to be sent to a specialist in California for porting, polishing and prepping the valve springs and collars. Visually, a pair of 36mm Dell'Orto carbs angled out of the right side and fitted with K&N air filters distinguished the XR1000 from other Sportster engines. On the opposite side, the matt black 2-into-2 exhaust snaked back over the top of the primary case and ended in large, but well-baffled, megaphone silencers.

With the engine having eaten up so much money, little was left over for anything else, so the rest of the XR1000 differed little from a stock XLX. The frame was unaltered, likewise the suspension and transmission. Appearance-wise, the small 'peanut' fuel tank was retained (although a large tank was available as an option), as were most other Sportster components. Nine-spoke alloy wheels, which were available on other Sportster models as an option, were fitted as standard to the XR1000. The Sportster's 10 inch (245mm) dual front discs were replaced with larger 11.5 inch (292mm) units with larger calipers on the XR100. The same size disc was used on the rear wheel, with a dual piston caliper. A twin instrument cluster (speedo and tacho) was the only other notable point of difference.

For 1983, all XR1000s were painted metallic grey. In hindsight, this seems an odd choice. Given that it was inspired by the XR750, not offering the XR1000 in the dirt track racer's distinctive orange and black colours was an oversight that Harley didn't address until the 1984 XR1000s. The visual similarity of the XR1000 to the basic XLX Sportster didn't do it any favours on the showroom floor either, but the biggest limit to sales was the price. In 1983, the stripped XLX cost $4,000, the better appointed XLH cost around $5,000, while the XR1000 ended up retailing for just under $7,000. The irony is that this wasn't far removed from the price for a genuine basically-equipped XR750 racer. For many, the XR1000 didn't justify the asking price, so sales were slow for 1983. Just 1018 units were built for the year, a tiny amount considering almost five times as many XLXs were built in the same period.

Suspension damping, both front and rear, was negligible, so the XR could be a handful on rough roads. However, the inherent imbalance in the chassis was the most annoying problem identified in road tests of the new XR1000. The high-mount, scrambler-style side pipes might have looked good, but they added weight to the left side, which meant the bike had a tendency to wander left. To counteract this, the rider had to either shift his body weight to the right, or apply countersteering pressure on the bars to keep the XR1000 going in a straight line. The exhaust position, combined with an ineffective heat shield, meant the rider's left leg usually got very hot very quickly - not a bike to be riding in shorts! The brakes were a strong point, and the engine had bags of power and torque. At arterial road speeds, it is reasonably comfortable to ride, thanks to a good seat and that soft suspension. At around 110 kph, the vibrations that are bearable at lower speeds really shift up a notch, making the XR1000 a harsh slog at highway speeds. Of course, any highway potential is limited by the XR1000's tiny tank, so that factor almost cancels out the vibration issue.

The XR1000 has is faults and is a bit rough around the edges, but it's still a powerful machine that's part fun and part challenge to ride. As a tribute to the famous XR750, it probably missed the mark, but take that association away and you've got a bike that's something of a predecessor to 'torque sports' motorcycles like the MT-01 and V-Max. Motorcyclist magazine in the US summed it up best by describing the XR1000 not as an XR750 for the road, but a 'hot-rod Sportster'. When viewed from that perspective, the XR1000 makes sense and makes for a good, grunty and increasingly collectable street bike. 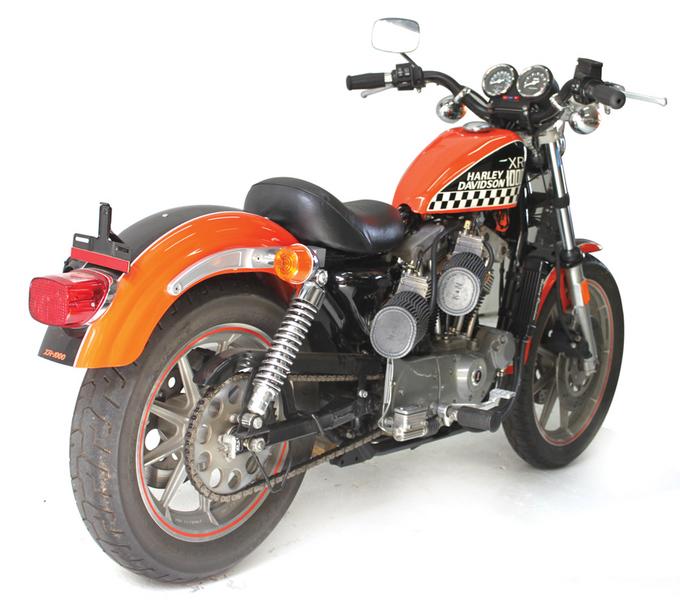 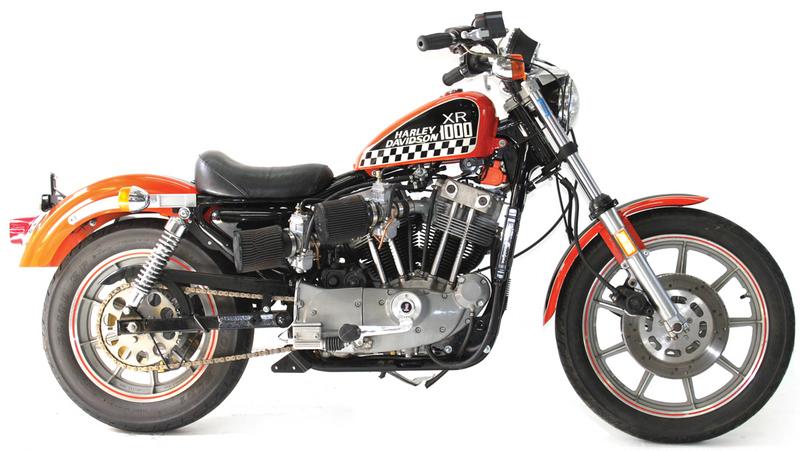 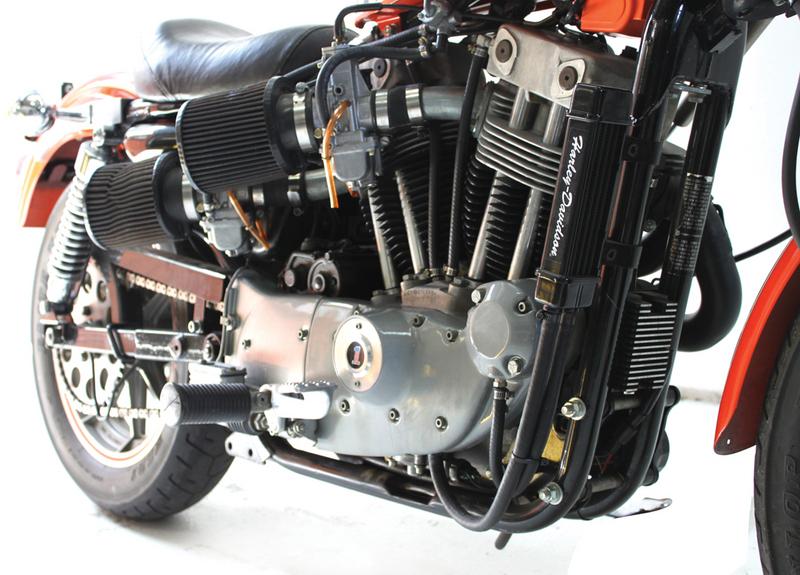 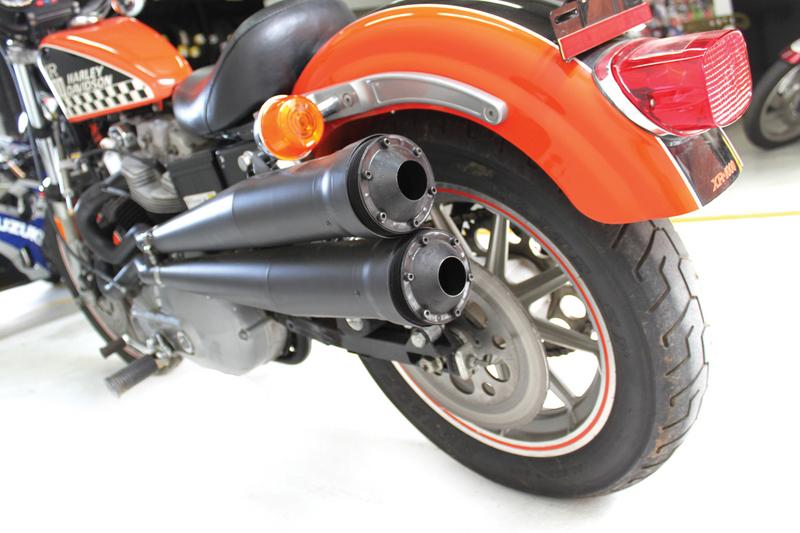