At the time of its unveiling in late 1969, the XS1 was the largest capacity bike Yamaha had built to that date
Yamaha's first foray into the four-stroke arena, the XS1, borrowed heavily from British-built parallel twins, but their take on the classic twin would assume a life and personality all its own.

At the time of its unveiling in late 1969, the XS1 was the largest capacity bike Yamaha had built to that date. It also marked the Japanese company's first foray into four-stroke power. At the time, Britain was still the leader in twin cylinder development, so rather than develop an individual challenger to the big British twins, as Honda had done with their CB 750, Yamaha created a virtual clone in the form of the XS1. From the capacity to the bore and stroke, and even the appearance of the engine, the XS1 was a close copy of a 650cc British twin, specifically a BSA. With twin Mikuni carbs, the XS1's 653cc engine delivered ample power, but was set up with efficiency and economy in mind, not outright power. A horizontally split crankcase and high engineering tolerances meant it was more oil tight and reliable than its Brit inspiration, too. Despite its 'conventional' layout, the engine featured a four-main-bearing crankshaft and was one of the most sophisticated of its era. It was tunable to deliver more power than the factory 7500 RPM redline, too, a feature which many racers and aftermarket tuners took advantage of.

While the mechanical inspiration came from Britain, the styling was very much a home-grown effort, reflecting the appearance of Yamaha's 'YR5' two stroke 350cc twin. Chromed rather than painted mudguards had become the popular norm by this time, and the XS1 reflected this. Chrome insets to the side covers are a distinctive feature and one of the easiest ways to identify an early XS650.

A year after the 1970 XS1 appeared, a mildly modified version, the XS1B debuted. Essentially the same as the XS1, the XS1B came with a different compression ratio, carb jets, ignition timing and spark plugs. The XS1B also managed to shed 30 pounds (13.6kg) of weight, thanks to the use of a number of light weight components, an update that was much appreciated at the time.

Debut year models were all painted candy green, with contrasting white tank stripes, while the 1971 XS1B came in candy orange, which was much closer to gold than orange in colour. In 1973, the change to a disc front brake and the addition of an electric starter brought about the 'XS2'. The following year, the 'XS650' designation (for most markets) began when twin front disc brakes, amongst other changes, were implemented. Minor changes and updates like this continued throughout the rest of the XS650's life.

When new, the XS1B did have sporting aspirations, but large capacity Japanese four-cylinder bikes were setting the benchmark for what a 'sportsbike' should be. Compared to these, the XS 650 fell short, so 'Sports-Tourer' or 'Sports-Commuter' would be a more accurate description. Whatever label you chose to stick on it, the XS 650 was a generally well-built parallel twin, but in their effort to duplicate the best British twins of the 1960s, Yamaha also picked up some of their worst traits, like high speed vibration and instability. The nature of the parallel twin powerplant meant that vibration was unavoidable, but didn't explain the instability. Insufficient, poor quality bearings in both the swingarm and steering head were identified as the culprit, and pointed to an 'un-Japanese' level of quality control. Replacing the bearings with tougher aftermarket items solved the problem, but the factory suspension components were the XS650's Achilles' heel for a number of years. Replacing the rear shocks with aftermarket units was another common modification. Criticism was directed toward the standard of finish on some of the early models, too. Despite these minor flaws, the popularity of the XS650, especially in the US, ensured it outlasted not only its British forebears, but a lot of its competitors, too. Late in the 1970s, a series of cruiser-style variants, dubbed the 'Special' and 'Special II' stretched the longevity of the XS into the following decade, still using the same basic engine and frame package it had debuted with.

Roadbike, commuter or tourer, the XS 650 filled a lot of roles when new, due to its versatility. The same applies today. The XS650 does have its flaws, but overall it's a very usable classic. Most models on the market now have been fettled to a high degree, including the addition of modern ignition systems, better-quality bearings and other components. Like the first CB750s and Z1 Kawasaki's, part of the appeal of the early XS650s lies in their "first of the line" status. Due to the popularity of the CB750 and Z1, the XS650 was largely overshadowed when new, and that's arguably still the case today. On the upside, this fact makes early XS650s very affordable, especially compared to similar-era Japanese classics and British twins.
More recently, XS 650s have proven popular with those looking to create retro-styled bobbers and café racer-inspired customs. While the popular 'Deus Ex Machina' machines use Yamaha's SR 500 as the basis for a number of their creations, there's nothing to stop the café racer/bobber enthusiasts from doing the same with an XS 650 to equally eye-catching effect.


TRIVIA
In 2007, Yamaha released the retro-styled XS-V1 'Sakura', which borrowed a lot of styling elements from the original XS-1/XS 650 of almost four decades earlier. Unlike the original, the XS-V1 featured a V-twin of 1000cc capacity, rather than the original's 650cc parallel twin. Yamaha described the XS-V1 as a 'prototype', not a 'concept', which suggested to XS enthusiasts that the Sakura may yet go into production.
In the USA, early versions of the XS650 were badged as the 'TX650' before the XS prefix was adopted in 1975. 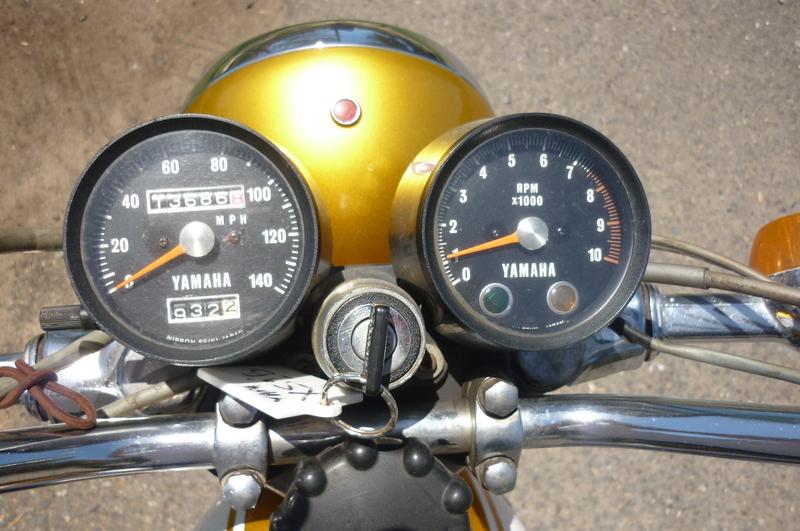 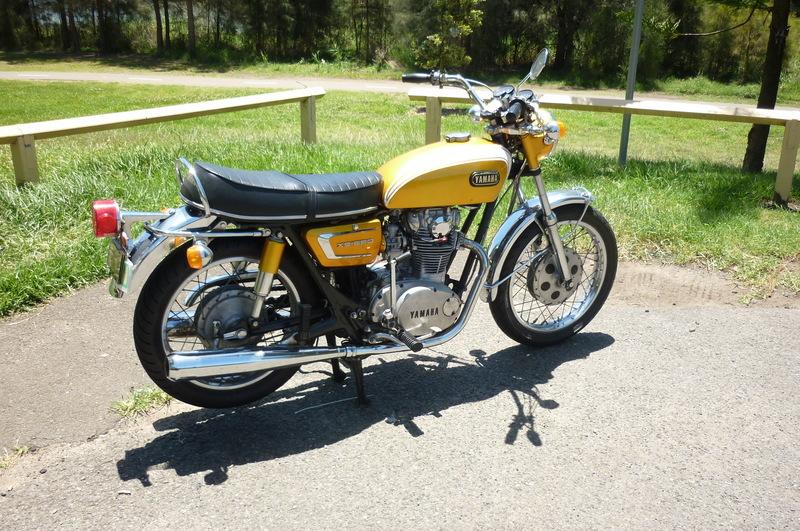 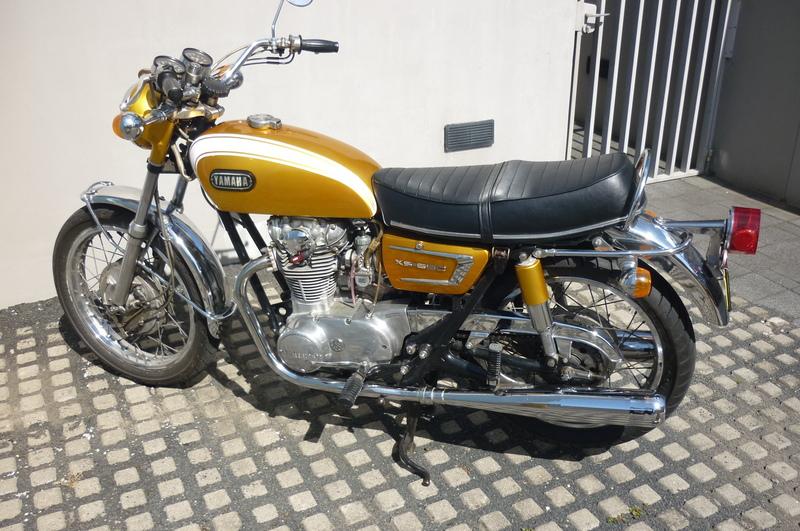