The Atlas could actually trace its lineage back to the 497cc 'Model 7' twin of 1949. The basic design was flexible enough to allow a capacity increase to first 596cc (Model 88, aka Dominator), then 646cc (Model 99), and finally 745cc in the Atlas
The Norton Atlas was primarily created to satisfy the American demand for "more cubic inches". A development of the 650cc Dominator twin, the Atlas made its debut in 1962.\n

The Atlas could actually trace its lineage back to the 497cc 'Model 7' twin of 1949. The basic design was flexible enough to allow a capacity increase to first 596cc (Model 88, aka Dominator), then 646cc (Model 99), and finally 745cc in the Atlas. For the US market, performance credentials like snappy acceleration or sharp handling weren't a requirement, it just had to deliver wads of torque to suit the type of boulevard and highway cruising that Americans did. With AMC in financial strife at this time, the Atlas needed to be a success, so every effort was made to cater the machine to suit US tastes.

On first inspection, the Atlas differed little from the Dominator, which is unsurprising, given it used many of the same cycle parts. Even the engines were externally similar, with only real enthusiasts able to spot the differences. The main changes were inside the parallel twin, with the capacity achieved by increasing bore and stroke from 68 x 89mm to 73 x 89mm. With the larger capacity came concave pistons and a reshaped combustion chamber, which resulted in a reduced compression ratio of 7.5:1 (listed as 7.6:1 in some sources), which was down from 8.2:1 on the 650. This was considered an important addition so that the already stretched design wasn't over-stressed - a lesson seemingly forgotten when compression ratio was upped on the 'Combat' engine Commandos with disastrous results. With bags of torque and power from 2,000rpm upwards, the Atlas was ideal for US highway cruising and also had enough grunt to be suitable for sidecar hauling.

The frame on the Atlas, from its introduction up to and including the '66 models, was the tried and proven 'Featherbed' with its rubber mounts that greatly reduced vibration through the pegs and handlebars. In a 500, this was welcome, but in a big 750, it was almost essential. Even with this, the Atlas still wasn't vibration-free, especially over 5,000rpm. Other frame features included Chunky gussets on the rear of the frame to ensure the swingarm only moved the way it was meant to - vertically - and not in any other direction! Suspension comprised Norton's 'roadholder' hydraulically-damped telescopic forks up front, and swingarm with twin Girling spring-and-hydraulic shocks at the rear.

The only colour scheme available for the Atlas in 1966 was burgundy, and this was confined to the tank. The frame, side covers, chain guard, suspension tops (front & rear) and headlight shell were black, with the front and rear mudguards chromed, sitting over polished alloy spoke wheels. The chrome 2-into-2 exhausts were subtle to the point of being virtually invisible. How much of this was the result of demand from the US market is unknown. What is worth noting is that the US Atlas did get a different tank design, consisting of a more rounded shape than the flat-bottom, tourer-style tank seen on UK market examples. Handlebars differed, too. UK (and presumably other export markets) were low and flat, with US-delivered models being fitted with the higher 'Western' bars popular in the 'States. The basic two-up seat in black vinyl with white piping appears to be common to all Atlas', but some US examples have been seen with clubman-style seats.

The tank badge on the Atlas was virtually identical to that on the 650 models. Following the shape of the tank, the somewhat bland badge featured a spear along the bottom edge, projecting past the Norton script logo at the front, and slim rubber knee pads at the back. Aside from a decal on the tank top, the Atlas usually carried no other identification. Given its status as the premium roadster in the Norton lineup, the '66 Atlas was well equipped, at least for export markets, with 12 volt electrics, magneto ignition, tachometer and air filter for the Amal carbs fitted as standard. The latter two items were options n the UK market Atlas, which usually had in-headlight gauges. American delivered Atlas' also had wider front forks to accommodate a chunkier (3.25 x 19) front tyre.

With the Atlas engine enlarged to its limit as a 750, effective gasket sealing became a problem, as there was less metal to ensure a good seal, but a bigger concern at Norton's Plumstead HQ was oil flow, which had been a problem on the Atlas from the outset. Testing revealed that oil pressure dropped to the point where big end failure from oil starvation and overheating was likely. For reasons unknown, this wasn't seriously addressed until 1966, after the Atlas had been in the UK market for two years, and the US market for almost four. The comprehensive reworking of the engine's lubrication system involved enlarging the oilways, fitting a new type of piston ring, pressure feeding oil to the rockers through metal pipes, reducing the width of the rocker spindles and increasing the efficiency of the oil pump. Other mechanical changes of note introduced to the Atlas in 1966 include true 'left' and 'right' Amal carbs, rather than a bobbed right-hand carb for the nearside.

When new, the Atlas was believed to be one of the best-handling motorcycles available, irrespective of capacity. How well this stands up today is debatable, but there's no doubt that the featherbed frame, in conjunction with the Roadholder front forks and reasonably effective swingarm rear, make for a pleasant bike to ride, and one you don't have to muscle to get it to do what you want. Considering its capacity, the Atlas is relatively light at under 200kgs wet, but steering is heavy at low speeds. The sometimes heavy clutch action was criticised, too. The power delivery is where the Atlas really shines, though, offering what the UK's Motor Cycle magazine called 'searing acceleration, effortless cruising and zestful road-burning'. Granted, some of this is hyperbole, but praise for the performance and power delivery of the Atlas appears to have been common across the board.

While the Atlas was produced in reasonably decent numbers, it doesn't stand out in Norton's history, obscured by the much more widespread and popular Dominators and Commandos. As such, it's not regularly seen, even amongst classic Norton enthusiasts. The vast majority were sent to the US, but with Australia being another target for exports, you're probably more likely to find a good example here than in the UK.

Given its original target market, the Atlas would best suit an enthusiast looking for a big capacity touring bike, rather than a lightweight roadster or sportsbike. The Atlas handles, accelerates and brakes well for a bike of its type and era, but overall, it isn't as 'sharp' as the model that would replace it in the Norton lineup - the Commando. But if you're into Nortons, or just want a classic cruiser that's a little different from the norm, an Atlas should be on your radar. 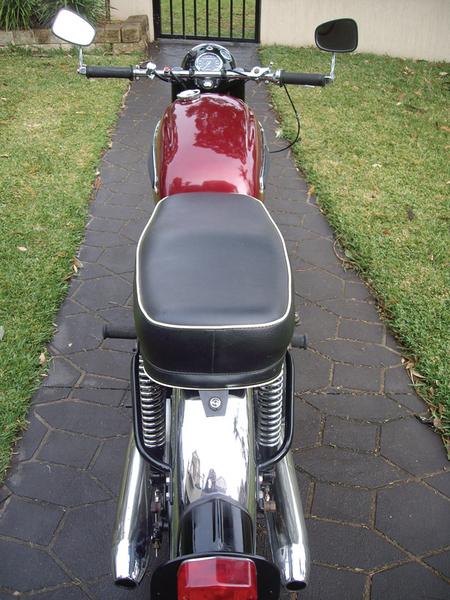 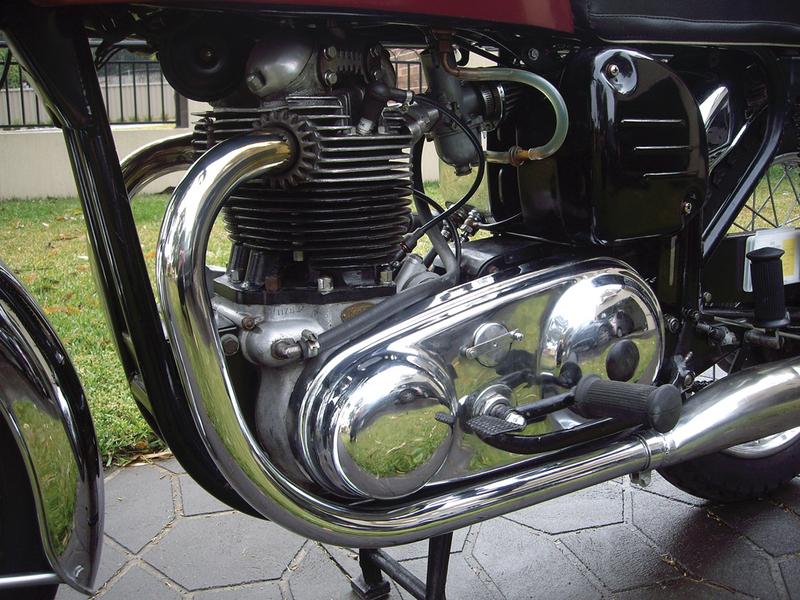 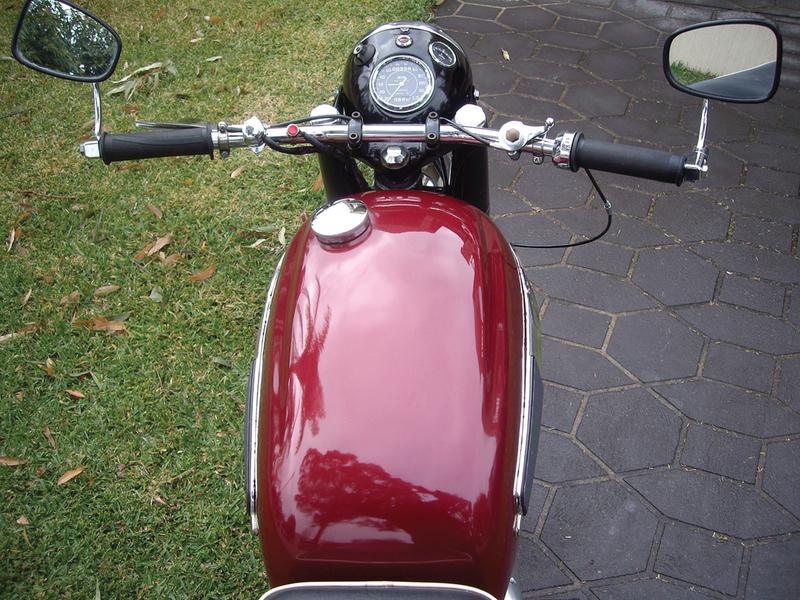 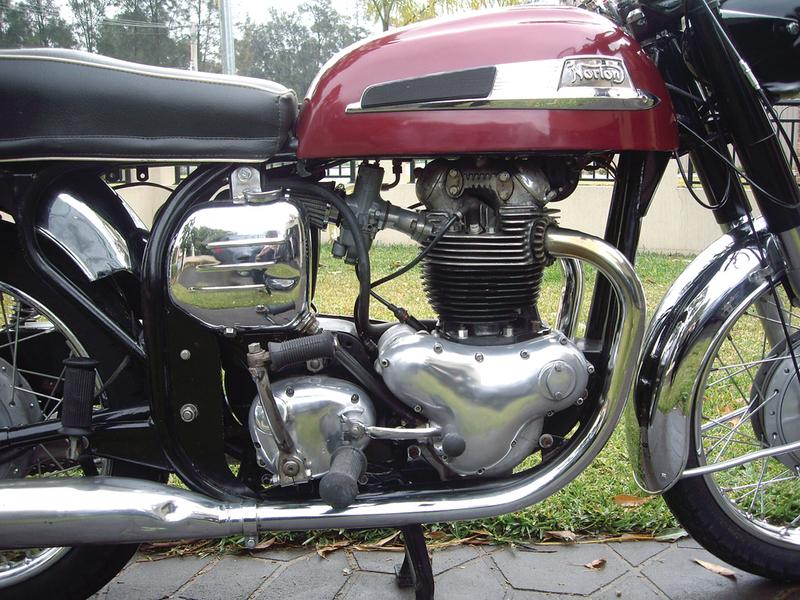 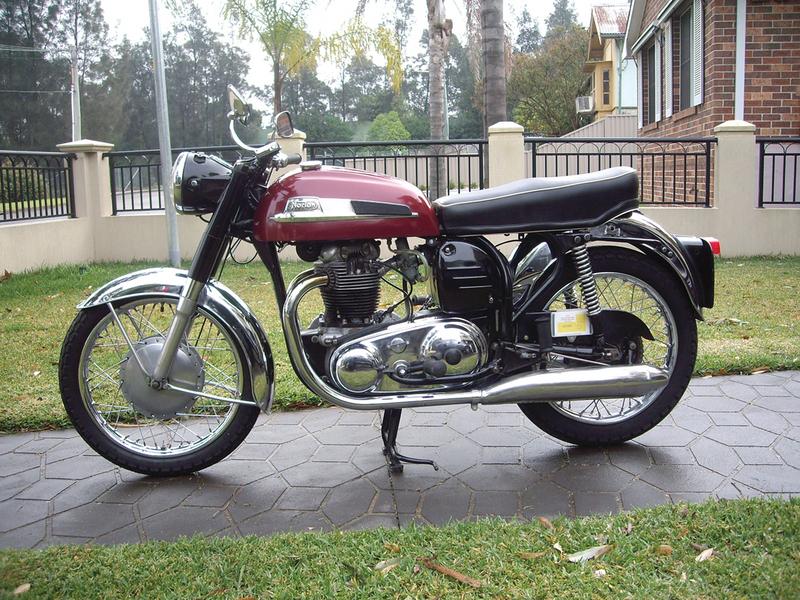