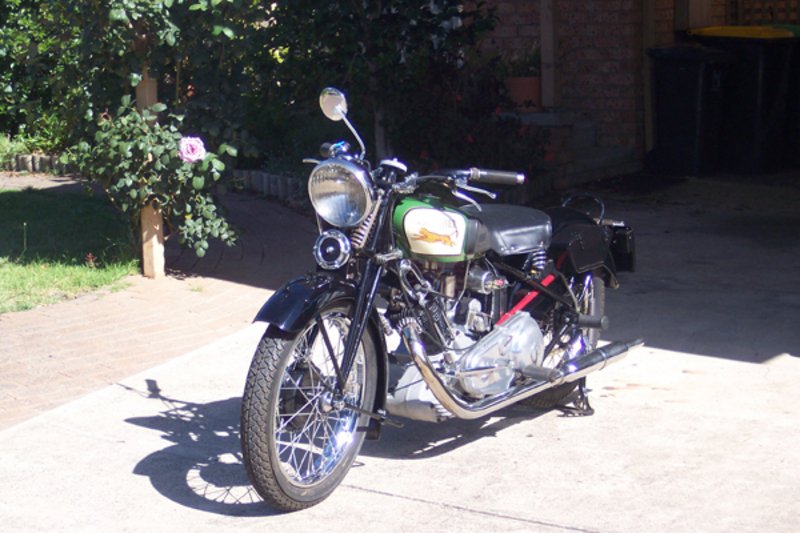 The 'Model 100' was by no means the only motorcycle to carry the Panther name, but it soon became synonymous with the marque, and would endure as one of the firm's best-selling and most popular models
By the early 1930s, Phelon & Moore Ltd had established themselves as one of the better marques from Britain's golden age of motorcycling. Not as widespread as BSA or Triumph, nor as exclusive as a Brough Superior, the niche that P&M, better known as 'Panther', carved for themselves was in the area of sidecars. The big 600cc Panther singles were already popular sidecar haulers before the addition of a number of changes came in with the 1935 models.

The 'Model 100' was by no means the only motorcycle to carry the Panther name, but it soon became synonymous with the marque, and would endure as one of the firm's best-selling and most popular models. Also known as the M100 or Redwing 100, the Model 100 made its debut in 1932, although the 594cc engine it used had been released four years earlier. Developed in part from the 490cc Model 90, the 100 was the biggest capacity bike in Panther's range, but still used the inclined single cylinder configuration that had been the common layout since the company's beginnings at the dawn of the century. The 'sloper' engine also served as a stressed member of the frame, eliminating the front downtube.

Tuned versions of the big single were known as 'Redwing' models. A 7.0:1 compression ratio and new rosehip barrel design apparently distinguished the Redwings from the standard model, although information is sketchy on the ratio of standard to Redwing models produced, with one source stating that all Model 100s produced between 1932 and 1937 were Redwings. Following the 1932 introduction of the Model 100, a redesigned frame and new U-bolt fastening for the cylinder head was added in 1933, as well as linked front and rear cable brakes with foot pedal operation. A prototype form of rear suspension was developed in the same year, but all Panther big singles would remain as rigids until after World War II. In 1934 a Burman 4-speed gearbox with foot change became standard, giving the mid-30s Panthers a pretty 'modern' control layout, although hand change for the gearbox was still available as an option.

During the early 1930s, Panther had signed a deal with London dealership Pride & Clarke to stock a number of their 250cc economy models, dubbed the 'Red Panther'. While these cheaper models brought in much-needed revenue during the worst years of the UK depression, they were also relatively easy to assemble, at least compared to Panther's 'heavyweight' models, like the Model 100. This in turn led management to assign assembly of the Red Panther to unskilled labourers, allowing the experienced factory employees to concentrate on the heavyweights, ensuring Model 100s built during this period were of a high quality standard. Model 100s represented a big chunk of Panther's overall sales at the time, despite their premium price, so it made sense to build them as well as they possibly could, not only to keep their existing customers but also to attract new ones.

This trend of ongoing upgrades and mechanical improvements continued to 1935, when the significant change for the Model 100 was the adoption of a redesigned sump, with deeper fins to ensure better cooling. Lubrication in general was improved in the same year, leading to a reduction in oil consumption by around one third. The engine was quieter, thanks to an improved cam wheel, timing gears, wider cam followers and adjustable tappets. This revised crankcase assembly would remain virtually unchanged for the remainder of the Model 100's production life. Adding to the quiet running of the Model 100 were new glass fibre-filled exhaust silencers, which also debuted on the 1935 models. The exhausts themselves could be ordered with traditional 'low' pattern, or an upswept 'high' style that looked more like a scrambler pipe, not that you'd be taking a Model 100 scrambling! Primary drive bearings were improved on the 1935 models, which along with changes to the primary drive casing and Burman gearbox, were aimed toward more reliable sidecar operation.

Other minor detail changes of note on the 1935 Model 100 Panthers included a hinged rear mudguard to allow easier rear wheel removal (it had previously been bolted on), 8-inch headlamp, larger saddle and fuel tank with a lip at the trailing edge to stop rain running onto the rider. Road vibrations were lessened by the adoption of rubber-insulated handlebar mounts.

Standard finish on Model 100s from this period was a black frame with black guards and black enamelled wheels and hubs. Redwing models had chromed rims. Fuel tanks were green with a cream centre panel that carried the Panther logo. Factory records are pretty sketchy from this period; while this colour scheme was standard, it doesn't appear to have been universal. Heavyweights like the Model 100 were also bespoke to a certain degree, so could be individually optioned to suit the customer's taste. From 1934 Model 100s were apparently offered with a fully chromed tank with the logo panel in green and cream, complemented by chrome rims with a centre section in enamelled green or black.

The riding experience of a Model 100 is almost cruiser-like in that it handles long straight stretches with ease, but isn't as good through the corners. Being a specialty sidecar machine, handling wasn't a major consideration in the Model 100 design. The engine wasn't really set up for top speed, either, so it didn't get much attention from racer types. However, in terms of reliable and economical sidecar pulling, there was really nothing to equal it in the pre-War period.

Despite the addition of a compression cam, the Panther does require strong right leg muscles to kick over that big 600 single. 1930s models are also rigids, so while the sprung Terry saddle soaks up some of the bumps, it certainly doesn't absorb all of them. Additionally, like any British classic from this period, the Panther Model 100 requires a decent level of mechanical knowledge and regular maintenance to ensure they run at their best. This may partly explain why Panthers are quite rare today - fans of Brit classics tend to gravitate towards the lighter, sportier, and easier to operate British classics. Most Panthers that come up for sale usually have, or at least had, a sidecar attached, so for those so inclined, they make an interesting alternative to a solo British classic.

Today, Panthers are an almost forgotten British marque, and as such, rarely come up for sale. It's even rarer to find a good example with the almost ubiquitous sidecar in similarly good condition. Panther outfits, and sidecars in general, were pretty much killed by the increasing affordability of cars after World War II. 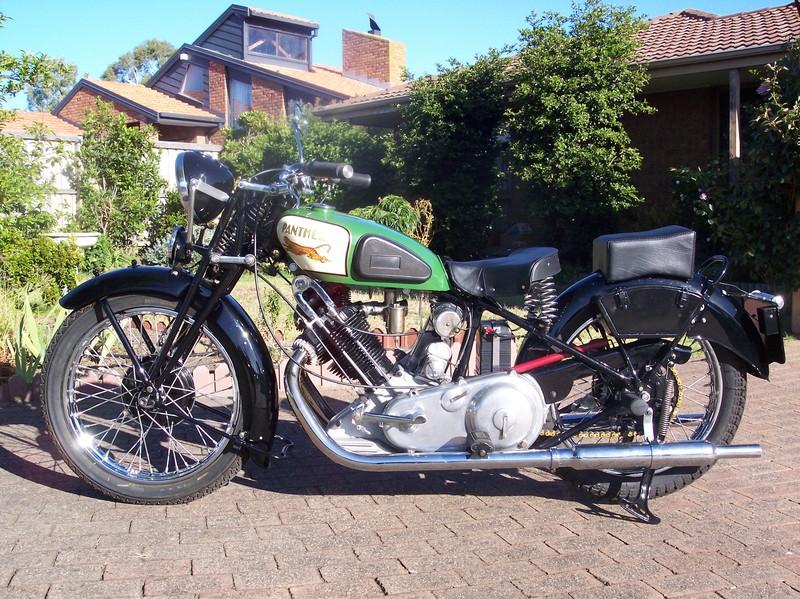 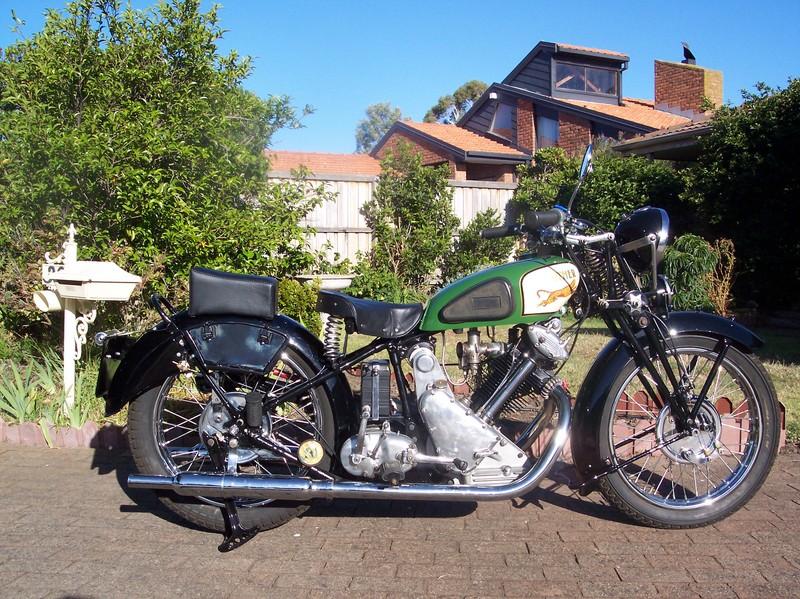 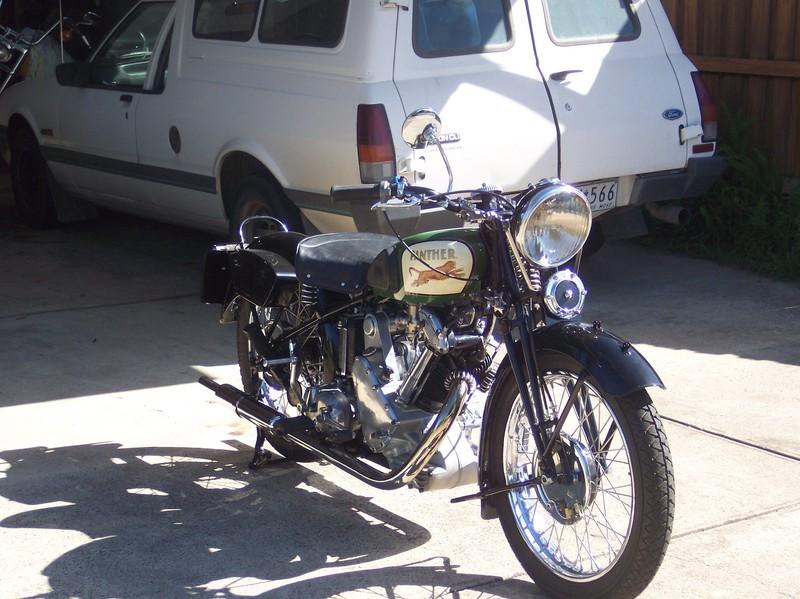