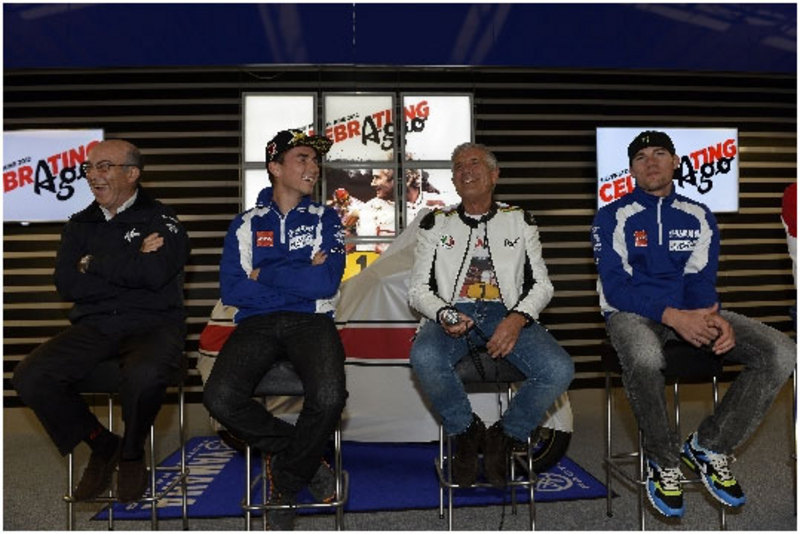 'Ago' was joined by a host of racing stars including current Yamaha Factory riders Jorge Lorenzo and Ben Spies, the recently retired Loris Capirossi and a number of living legends from Grand Prix racing history ...
Yamaha Factory Racing's hospitality provided the setting for a unique gathering on June 16, as racing legend and fifteen time Grand Prix title winner Giacomo Agostini celebrated his 70th birthday in style.

Agostini, Lorenzo and Spies were joined by Dorna CEO Carmelo Ezpeleta and Yamaha Classic Racing Team principal Ferry Brouwer for a press conference to start the evening. The Grand Prix icon was then presented with a number of special gifts including a one-of-a-kind Yamaha 'Agostini' T-Max scooter personalised with his racing livery and a representation of his 15 titles.

"I want to say a big thank you to Yamaha for organising this special evening," said Giacomo Agostini. "It's been fantastic to have my family and friends from the paddock all here to celebrate. My feeling with Yamaha has always been good and today I feel even more part of the family. My T-Max is a beautiful gift; the problem now is I would like to have a party like this every year!"

"It's a privilege to have Giacomo here and to be able to share his birthday with him," commented Jorge Lorenzo. "To have won fifteen world titles is incredible. To see him still part of the Yamaha family and celebrating together so many years later is a good feeling; it was amazing to see all these great legends in our hospitality together with him. I think I would like a T-Max like his one day!"

"Giacomo is easily the greatest rider ever in Grand Prix racing, I was too young to see him race myself but I grew up knowing about him and his achievements," said Ben Spies. "It's great to be able to share his birthday here with him and pretty cool to see so many people showing their respect and honouring him."

"The idea to organize a special event for Giacomo's 70th birthday came from his wife Maria," commented Marco Riva, General Manager, Yamaha Motor Racing. "It became a very special event and we were delighted to be able to make it a reality. It was a pleasure for us as Yamaha to be able to share the 'Kando' spirit with Giacomo, his family and other special guests. Our racing heritage is very important to us and Giacomo is undoubtedly one of the greatest icons." 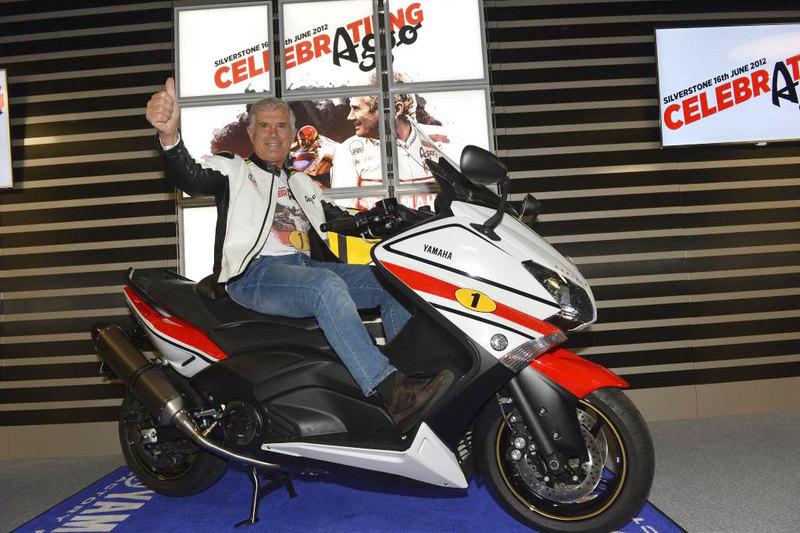 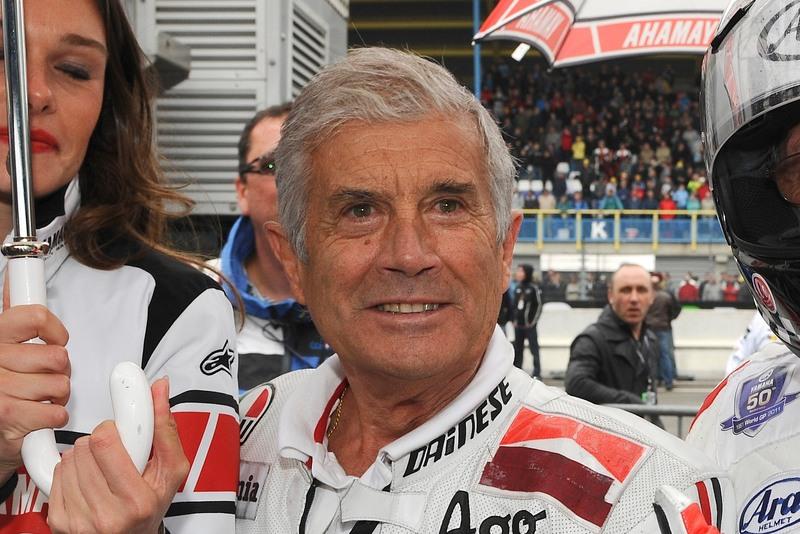