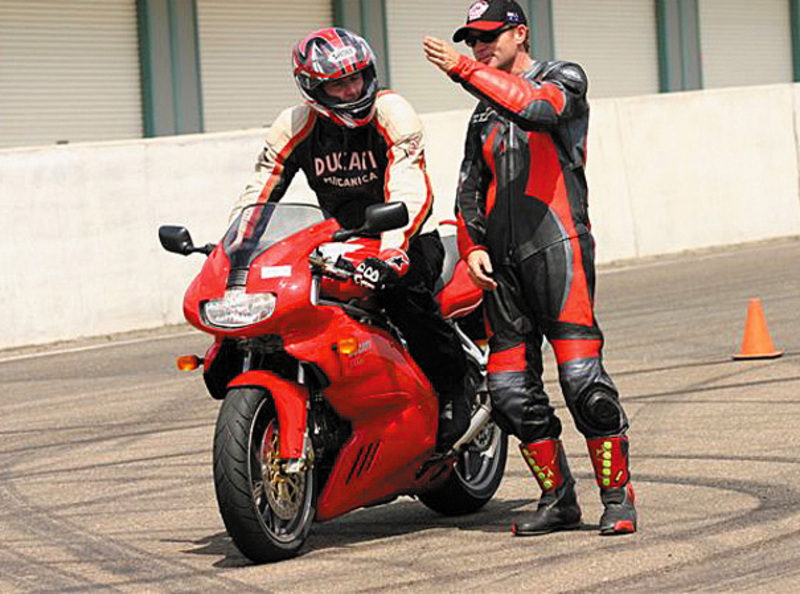 Being enthusiasts as well as instructors, we get a huge kick out of watching as skill, confidence and enjoyment levels rise in response to tried and proven training methods and systems of safe riding.

However, we also have to accept that we have a few short hours in a formal training environment to influence trainees to adopt life-long safe riding habits and skills. We understand the real learning process begins after they leave the confines of the training centre. Return visits, often at 'P' time, demonstrates evidence of the good and bad influences to which they have been exposed in the intervening period. Positive influences reinforce good riding habits, making our job easy and student's outcomes enjoyable. Negative influences usually show up in poor style or attitude and unwitting risk taking behaviours, which have to be 'unlearned' before skill development can progress.

In life, our courses of action, beliefs and attitudes are continually influenced by internal and external factors. If a new rider doesn't immediately master a particular element of their riding skill and make it a habit, they readily experiment, seek shortcuts, succumb to peer pressure, become lazy or complacent, and invent or adopt ways of doing things contrary to safe methods initially learned.

External influences on the way we ride are many and affect all riders to varying degrees, irrespective of experience. Predictably, new riders readily succumb due to inexperience and unawareness. The actions or words of complete strangers, the countless hours spent riding with partners and friends, movies, computer games, televised motorcycle racing and so on all influence new riders to varying degrees.

Influences show in many ways including poor riding posture, bike control systems and lack of defensive riding skills. Electronic vision of motorcycles typically emphasises speed or performance and is probably a major influence on those who ride faster than their skills should dictate.

Choice of first motorcycle is vital and can be coloured by peer pressure rather than a beginner's real needs - newer, bigger, racier, shinier can often take precedence over size, function and ease of operation in all situations.

So, all you new riders out there, please work on developing all of the physical bike control and mental roadcraft skills learned during formal training. Listen closely to the advice and to the experiences of the 'older hands' but analyse it closely, never taking any of it at face value. Ride at your own pace - don't feel the pressure to try and keep up and don't force yourself to ride at speeds you don't feel comfortable or competent with. In the same vein, leave the wheelies, stoppies and other stunts to the professionals. When taking advice on anything new, seek a detailed explanation and justification as to how it will make you a safer rider. Selecting a first bike that is appropriate to your skill level will help ensure that it is not your last.

Our call to experienced riders is to set a good example at all times in everything you say and the way you ride. You never know who might be watching, listening and copying you.

Until Next Time,
Stay Upright. . . in the right way!