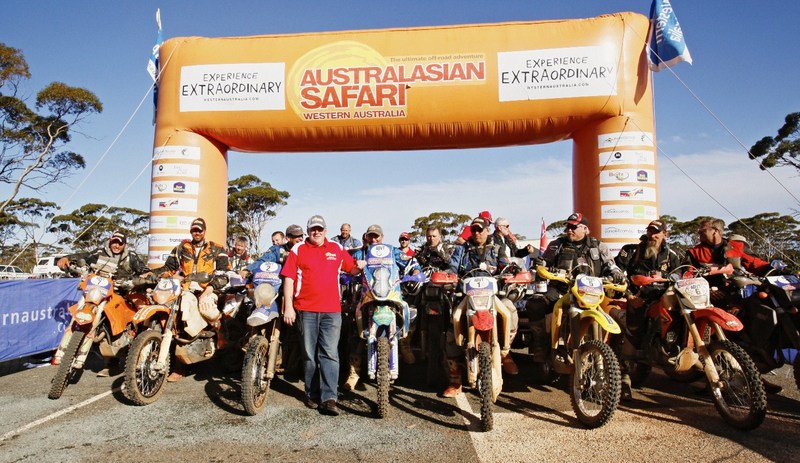 Proof of Todd's smooth, fast and safe approach to the rally was the fact that 26-year old from Condobolin NSW held the lead from leg 2 until the finish. While other riders won individual stages and even legs of the rally, they couldn't peg back the lead of the Honda-mounted brothers.

The victory was especially sweet for Todd, who finished second in the moto division of the Safari in 2010 and 2009.
"It's a great feeling, I've been chasing this for a few years and it's my fourth attempt at Safari," Todd said afterward.
"It's not sunk in yet and this is my first major win in something like this."

Jacob, who won the Safari in 2009, had to be content with second place this year, 20 minutes behind his brother. Queensland's Rod Faggotter finished in third place on a Yamaha. Faggotter put in an especially gutsy performance to even complete the Safari after breaking his hand on leg 2.

On the final leg from Leonora to Kalgoorlie, Yamaha's Shane Diener won from UK rider Sam Sunderland and Todd Smith. Jacob Smith and Damien Grabham completed the top five finishers for the leg. Diener would have been a definite chance for a podium at this year's Safari after scoring strongly on the opening legs, but a mechanical failure on leg 5 ended the South Australian rider's charge, leaving his team mate, Faggoter, to fly the flag for Yamaha on the podium. Diener won eight of the Safari's 17 competitive stages.

Of the internationals, Annie Seel, who was also the moto division's only female competitor, was the best finisher, placing 14th overall. Sunderland's charge was halted early when he hit a kangaroo and crashed on leg 1, and lost an additional day under medical advice.

The highest profile competitor at this year's Safari was multiple Dakar Rally winner, Cyril Despres. From the start, the Frenchman struggled with the terrain and the pacebook, but recorded solid finishes inside the top six for most days until the event's penultimate leg, when he bowed out with a foot injury. Italian rider, Manual Lucchese was a non-starter for the final day after a string of problems throughout the Safari. Despite not contending the final day, the Italian was still classed as a finisher, the last amongst the 32 moto competitors. 13 riders failed to complete the Safari.

In the quad division, the attrition of the Safari meant there were only three finishers to greet the chequered flag on the final day. Of that trio, John Maragozidis proved to be the most consistent, avoiding the accidents and mechanical problems that beset some of the other quad competitors.

A winner in the quad division in 2009, South Australian Maragozidis won comfortably, about four hours ahead of Colin Lawson who lost nine hours in penalties on Leg 4 after mechanical failure. Neville Yeatman finished in third place.
"It feels bloody good. Today was cool," Maragozidis said afterward.
"The first half I took it easy and then got excited and just went for it. It's just starting to sink in," he said.

Lawson, last year's quad division winner, suffered mechanical failure on leg 4, the time penalty for which effectively ended his chances for back-to-back wins. Earlier, on leg 3, Paul Smith broke a leg in a fall, while Adrian Hermsen struck mechanical problems on the same leg as Lawson. Heath Young also dropped out on leg 4.

For full results and further details, go to www.australasiansafari.com.au 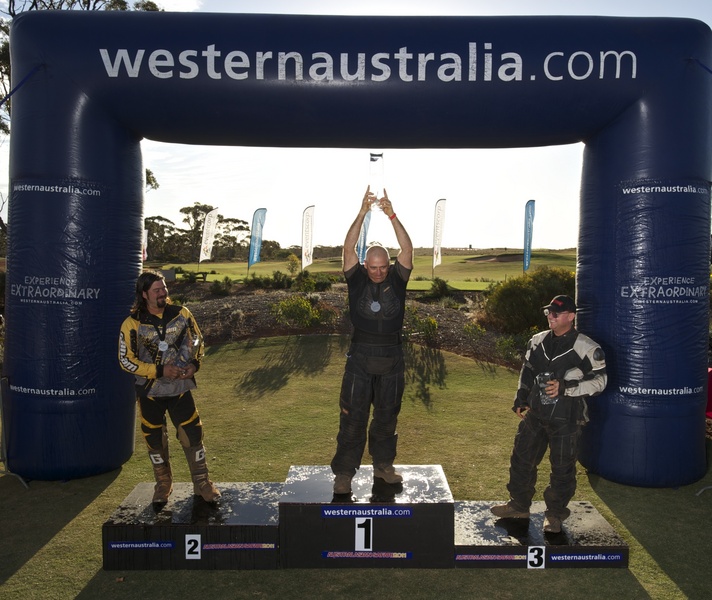