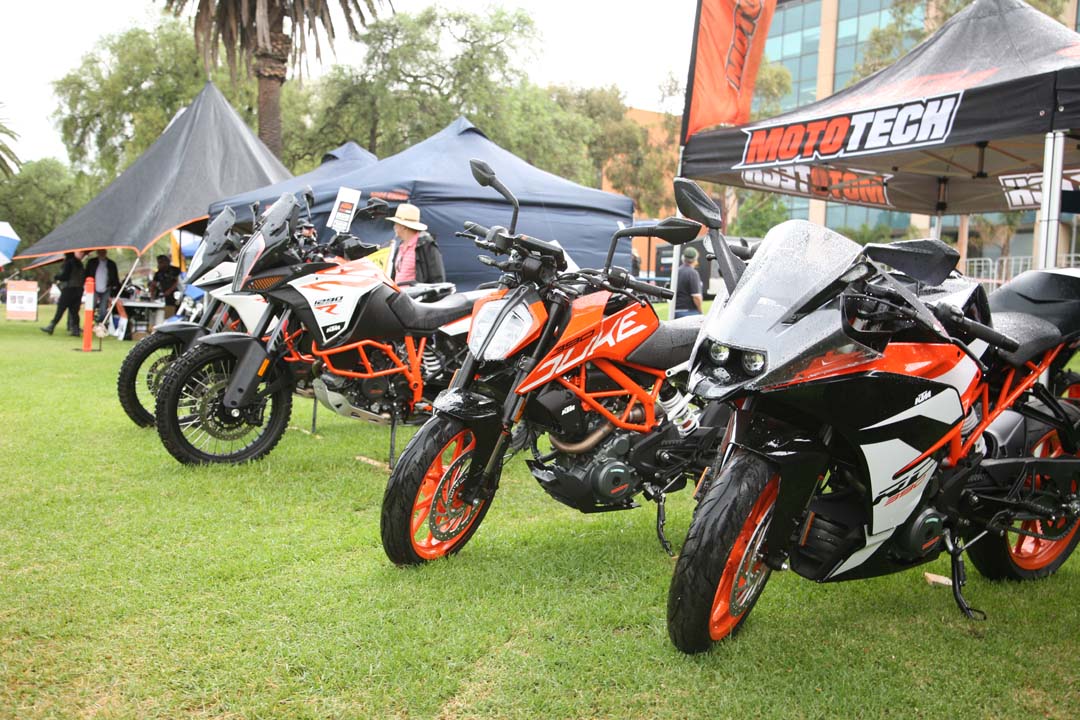 Bikes by the Bay

There aren’t too many places where you can find a Vincent alongside a BSA, Harley and a variety of Japanese bikes. There are even fewer places where you’ll see such a diverse bunch in action on the quarter mile.
The Geelong Revival is just such a place and the 2017 running of the annual event this past 25-26 November saw everything from a Honda CB125 tiddler to a mighty Vincent 1000 on show - and in action - on Geelong’s waterfront.
With historic classes from Period 2 to Period 6, there was a variety of eras represented. Modern bikes were welcome, too, with a Yamaha R1 up against a BMW S1000R and MV Agusta F4 in the Superstock 1000, with Superstock 600 also in the mix, as well as sidecars.
On the latter, the Irving Vincent sidecar is always a highlight, but this time around, there were also the LCR sidecars of Shane Soutar and Chrissy Clancy in action, as well as classic outfits from Tim and Michelle Loone.
The motorcycle classes ran across both days of sprint action on Geelong’s Ritchie Boulevard, and while rain put a dampener on the event’s final day (adding an additional challenge to the narrow, curved sprint course), the bike competitors still put on a show.
If you weren’t trackside at Ritchie Boulevard, visiting the pits, or checking out the nearby bike display in Transvaal Square, here’s a snapshot of what you missed at the 2017 Geelong Revival. 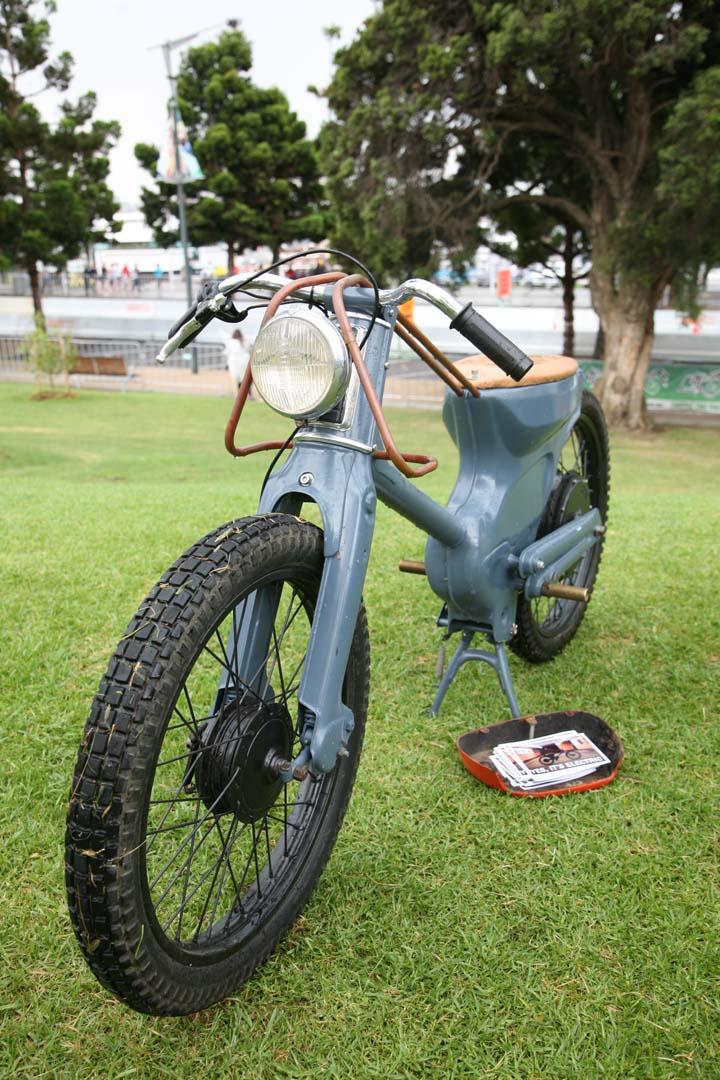 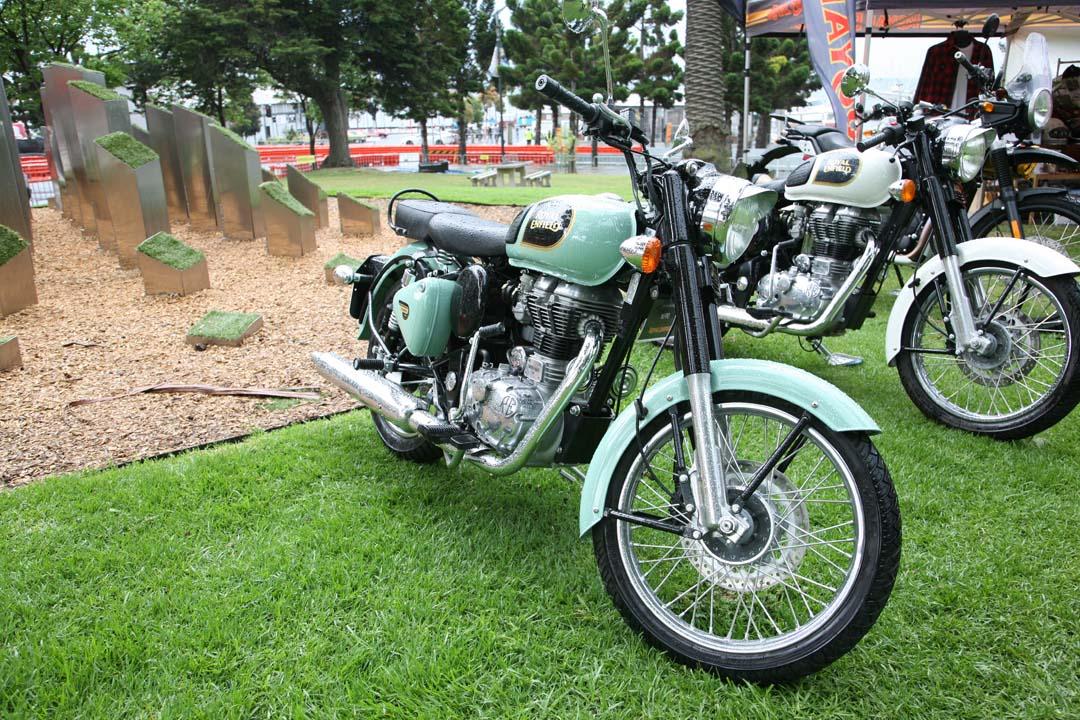 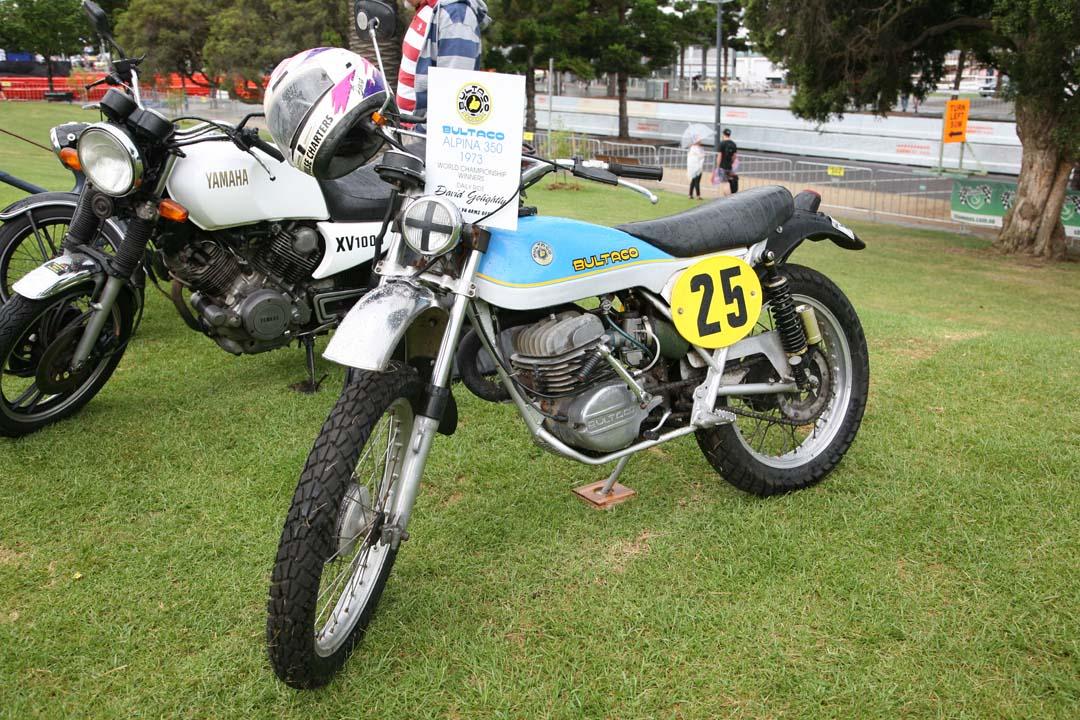 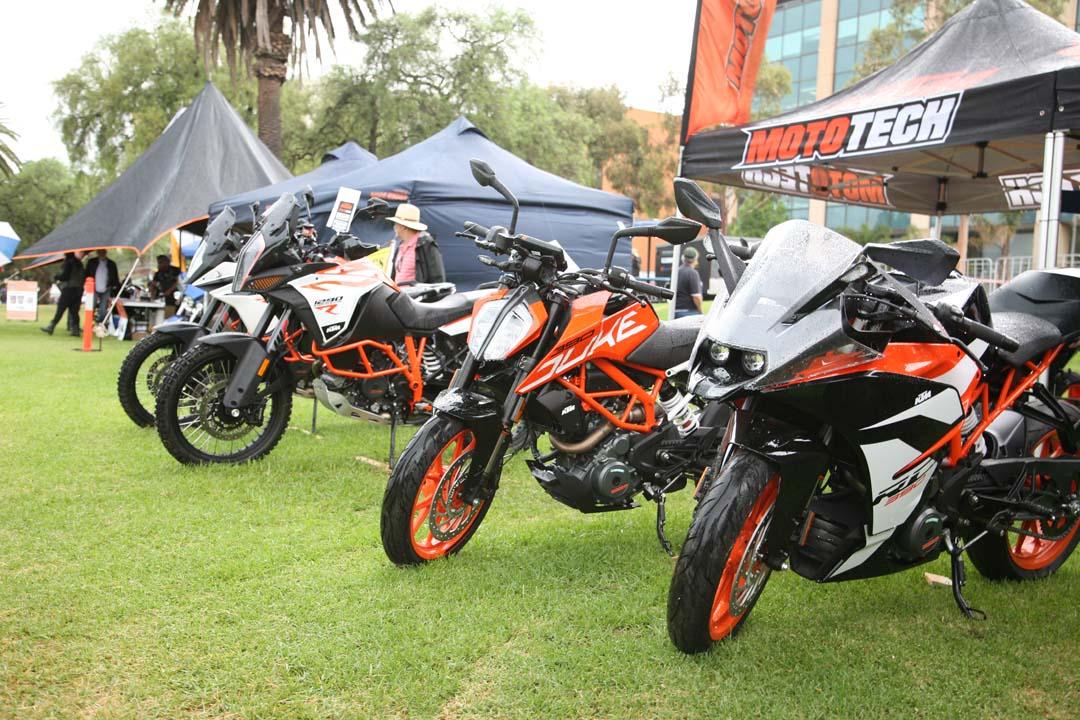 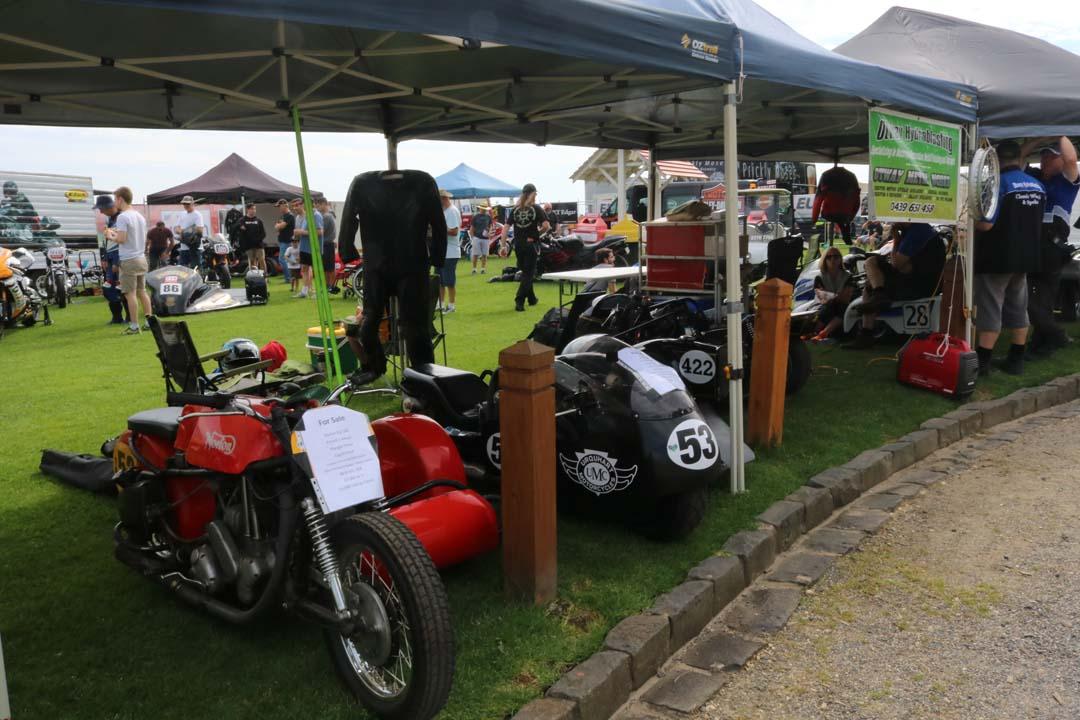 Smokin’ Ashish
The likes of Michael Smith (2014 Honda CBR 1000RR) and Steve Aitchison (2015 Yamaha YZF R1) were in the 10-second bracket right from their first run on Saturday, but by the end of the day, they had been joined in the 10s by the likes of James Canny (2012 BMW S 1000RR) and a very quick Justin Kaiser, who cracked the 10-second bracket on a 2006 CBR 600RR that gave away 400cc to its litre-class rivals.
One of the more consistent performers, though, was Ashish Divarkanan. On a road-registered ZX-14R, Divarkanan ran in the 11s all day, with a best of 11.3214 on his third blast down the Revival’s curved quarter mile.
Invited back for Sunday’s Exhibition class, Divarkanan took a few runs to find his mojo in the greasy conditions of Sunday morning, but when the track dried out, he was in the 11s again before capping off his weekend by winning the all-classes Top 5 Shootout with an 11.2796. 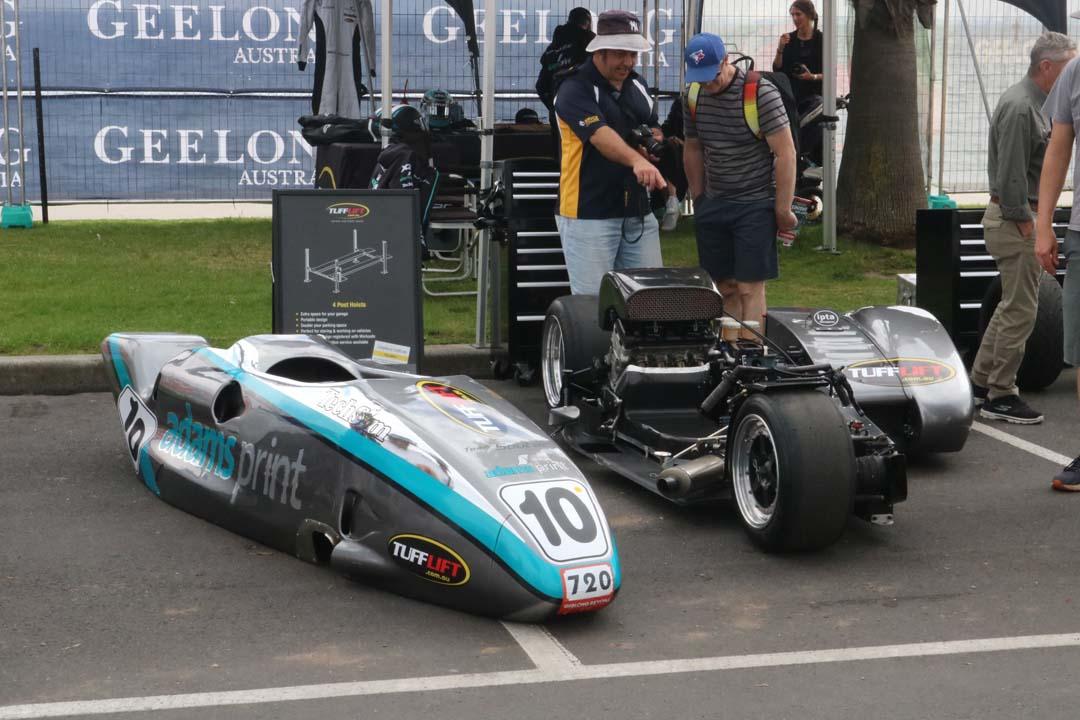 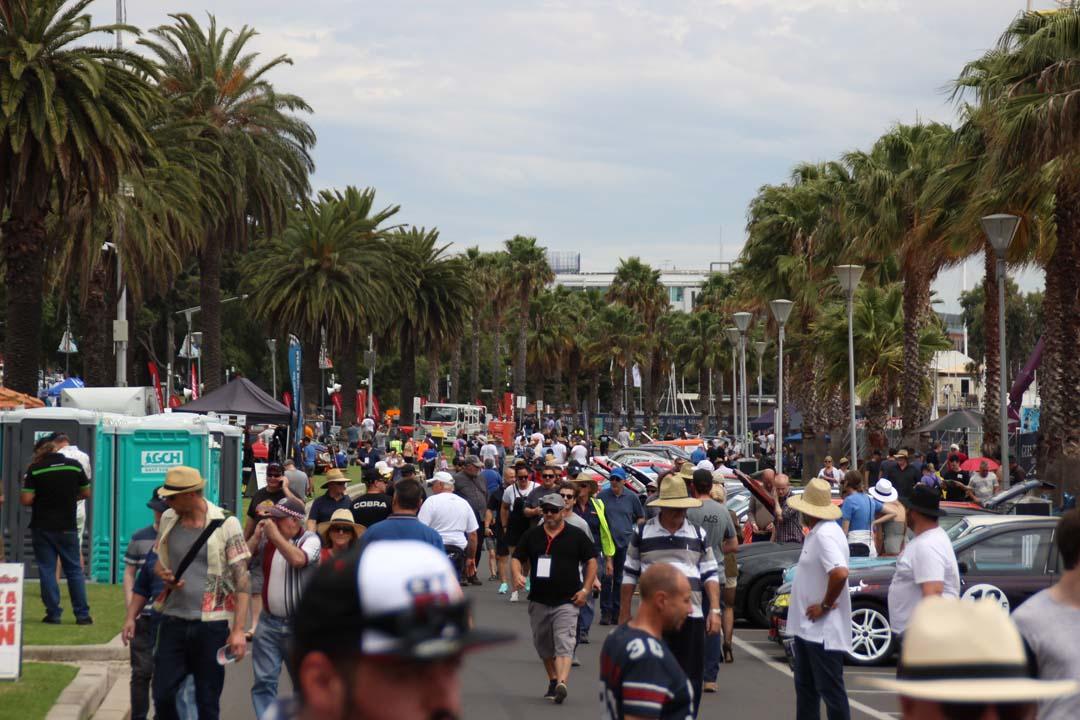 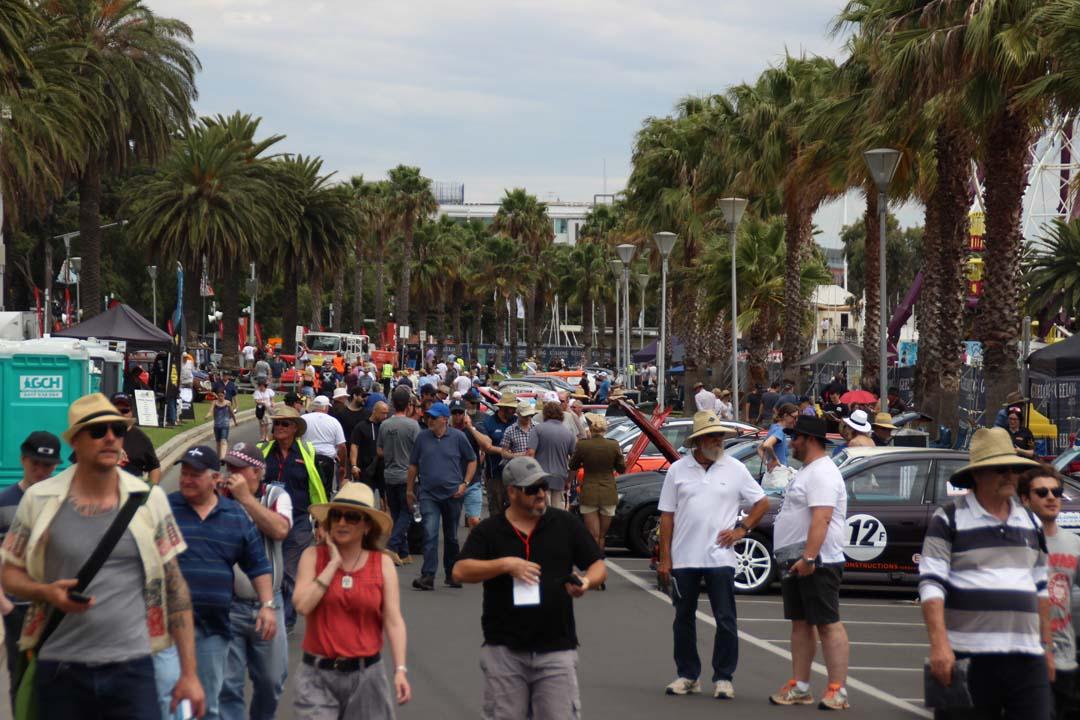 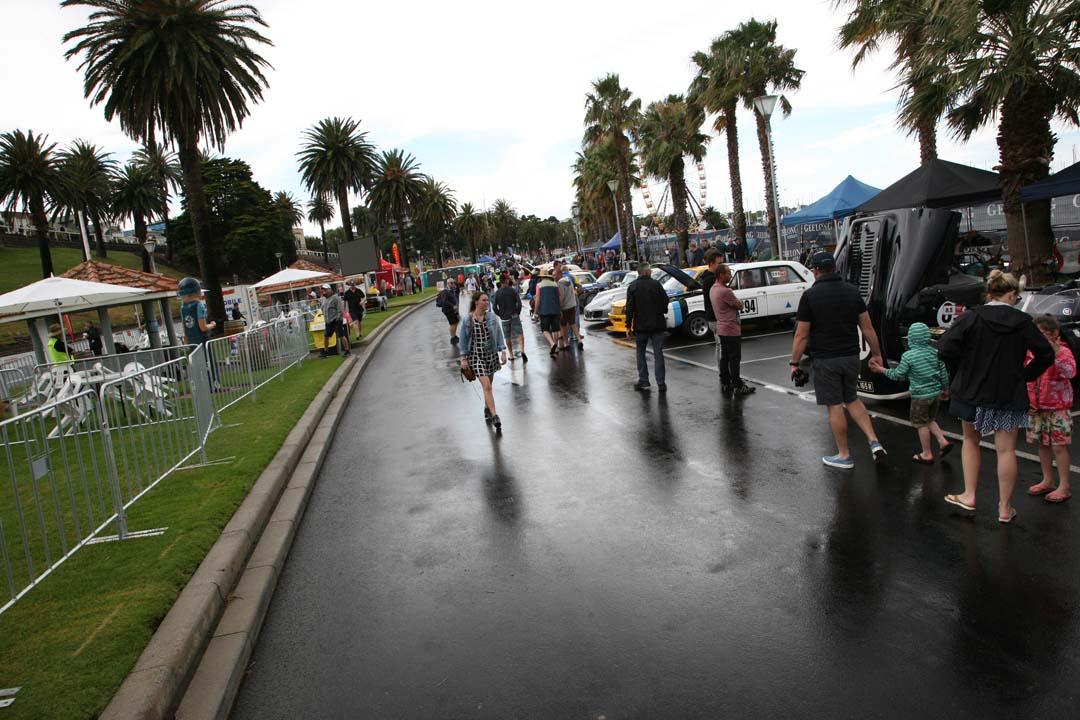 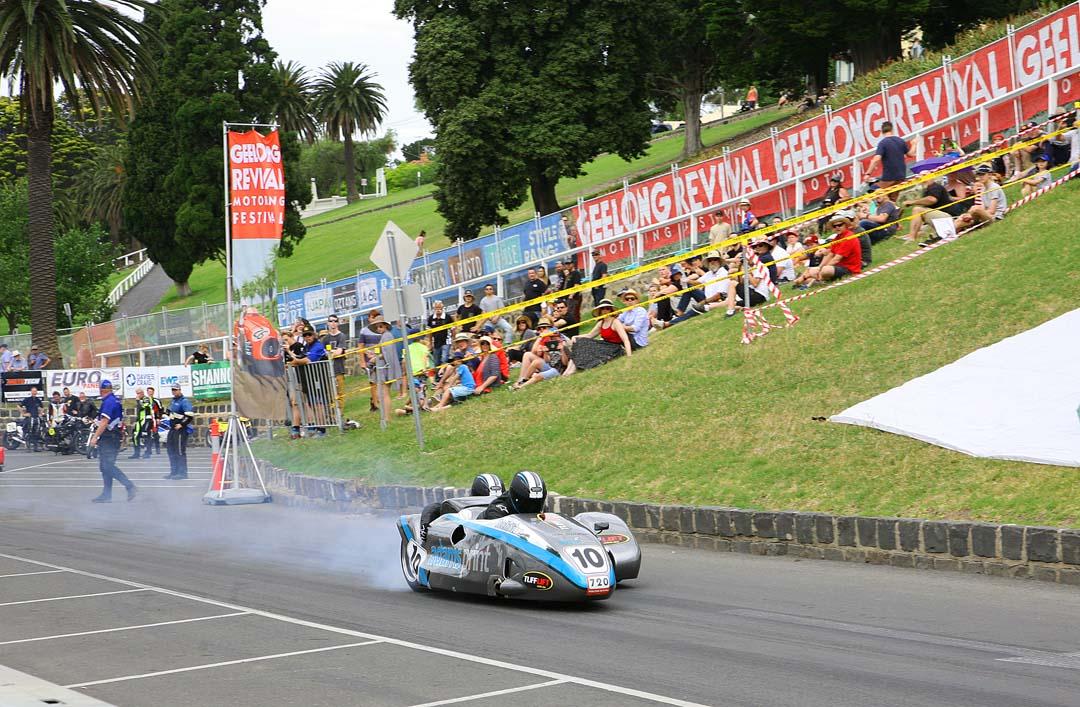 Perry Very Fast
Proving that “old” doesn’t mean “slow”, Stewart Perry showed up a lot of bigger, newer and more powerful machinery on his 1941 BSA M20. The classic 500cc Beezer was surprisingly quick, with a best of 12.4206 on Saturday and 12.0959 on Sunday.
Also impressive was Maurice Turner, who ran consistent 12-second times on Saturday aboard his ’82 Laverda RGS, closely followed on the timesheets by Simon Teitge on a ’75 Suzuki GT750.
But when it came to the classics, the Period 2 entrants were the stars of the show for many spectators. 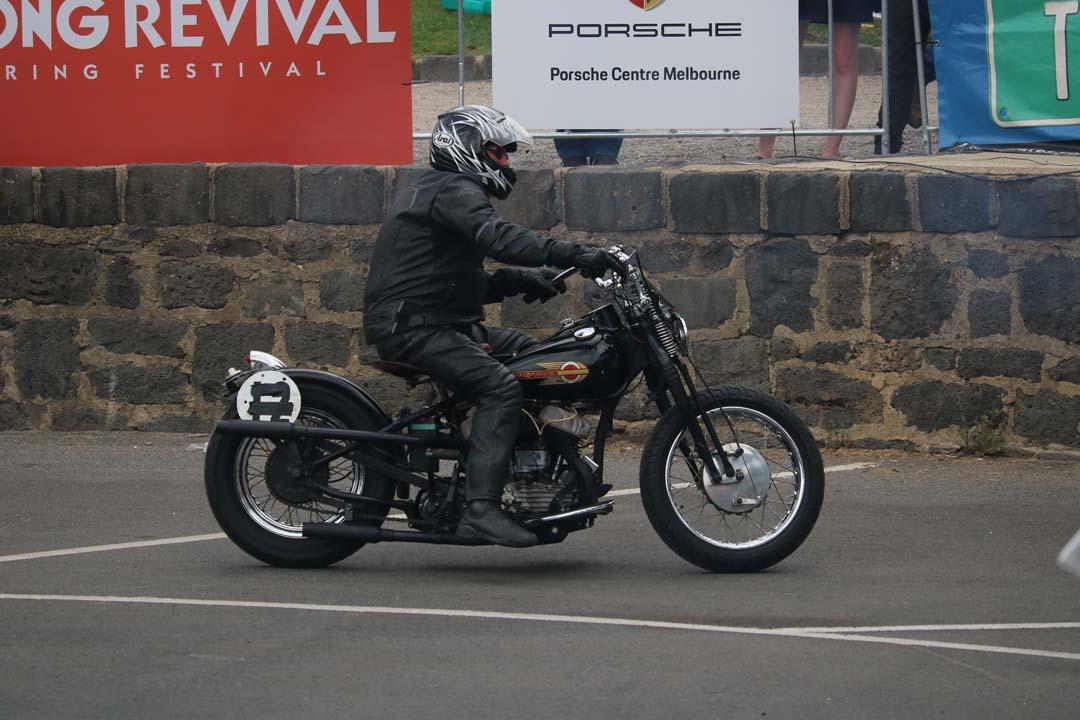 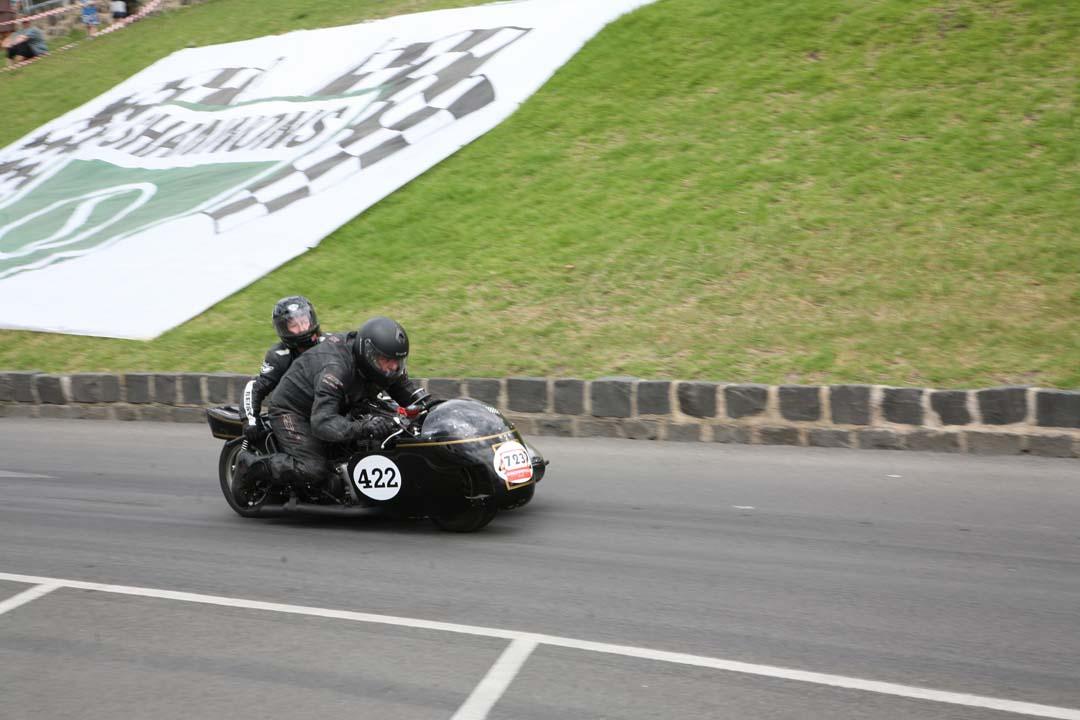 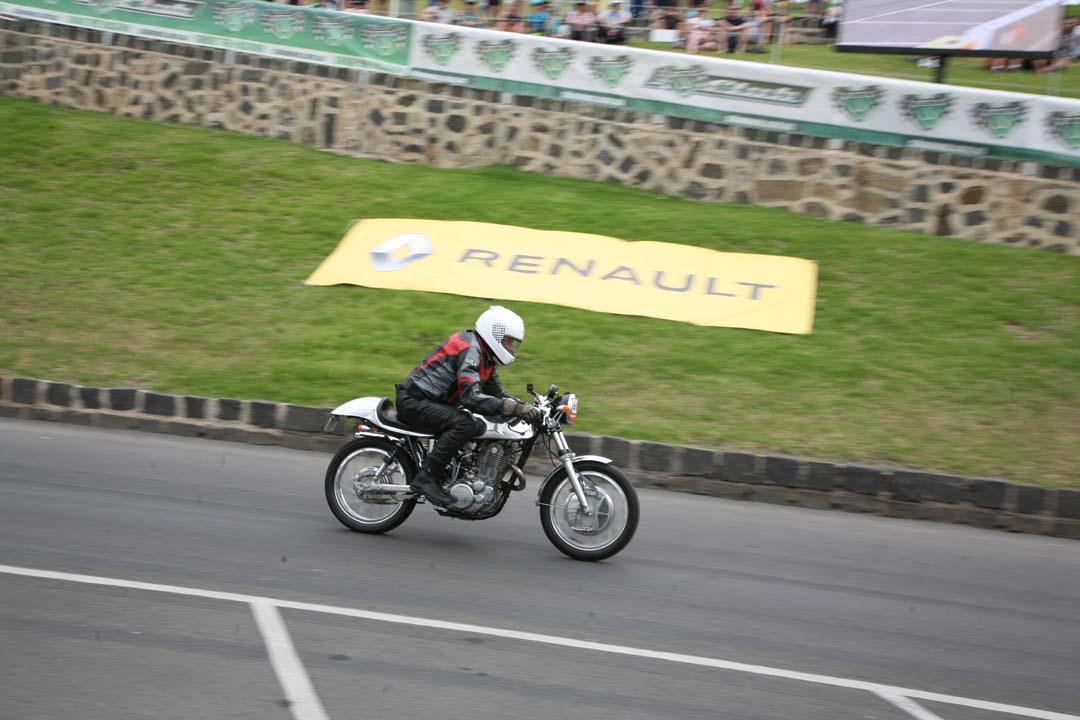 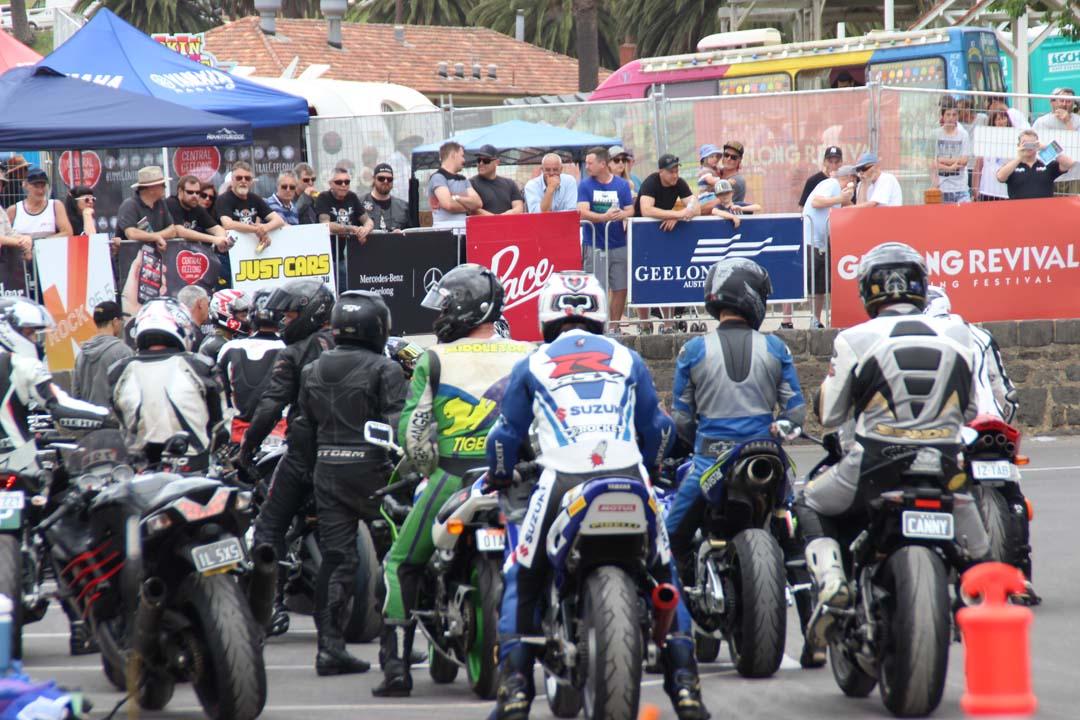 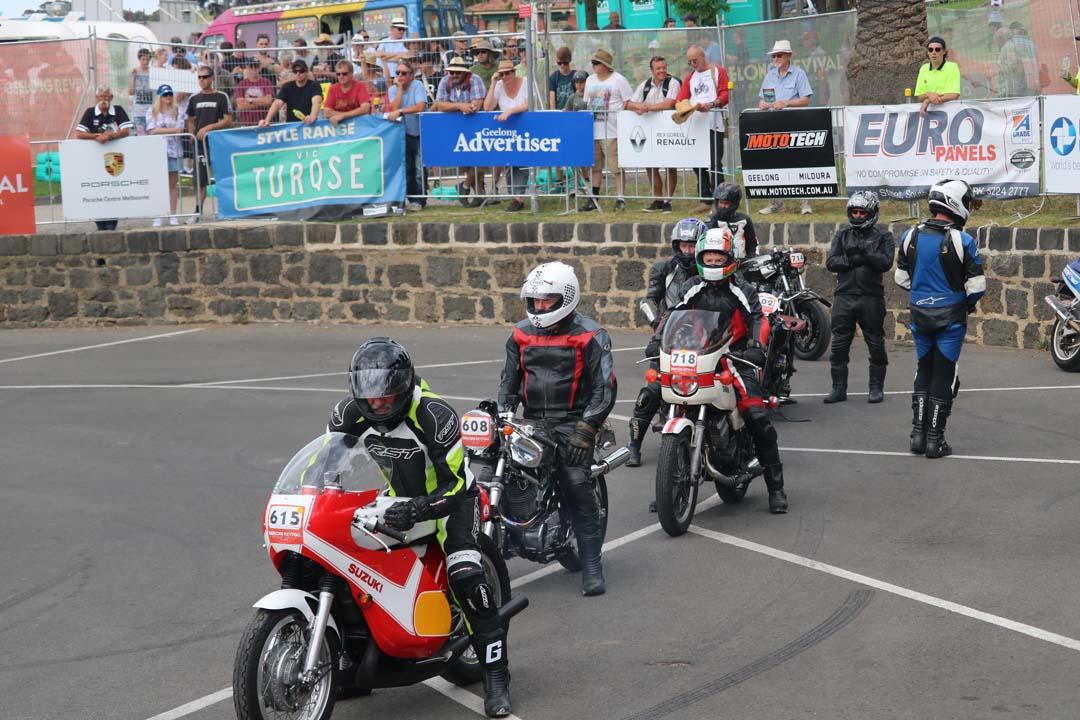 American Showdown
Initially, Rodney Wright had the Period 2 class to himself, but on Sunday, his 1940 Harley WL would be up against Dave Reidie’s ’28 Harley JDH 1200, as well as Indian Scouts from Brian March and Tim Loone.
Sunday saw Loone score a 17.4255 in the first run, then Wright hit back with a 15.9579 in Run 2. Loone was quickest again in the next two runs, while the honours went to Reidie in the fifth and final run for the class. That sub-16 of Wright’s would prove to be the best in P2 on the rain-affected Sunday. 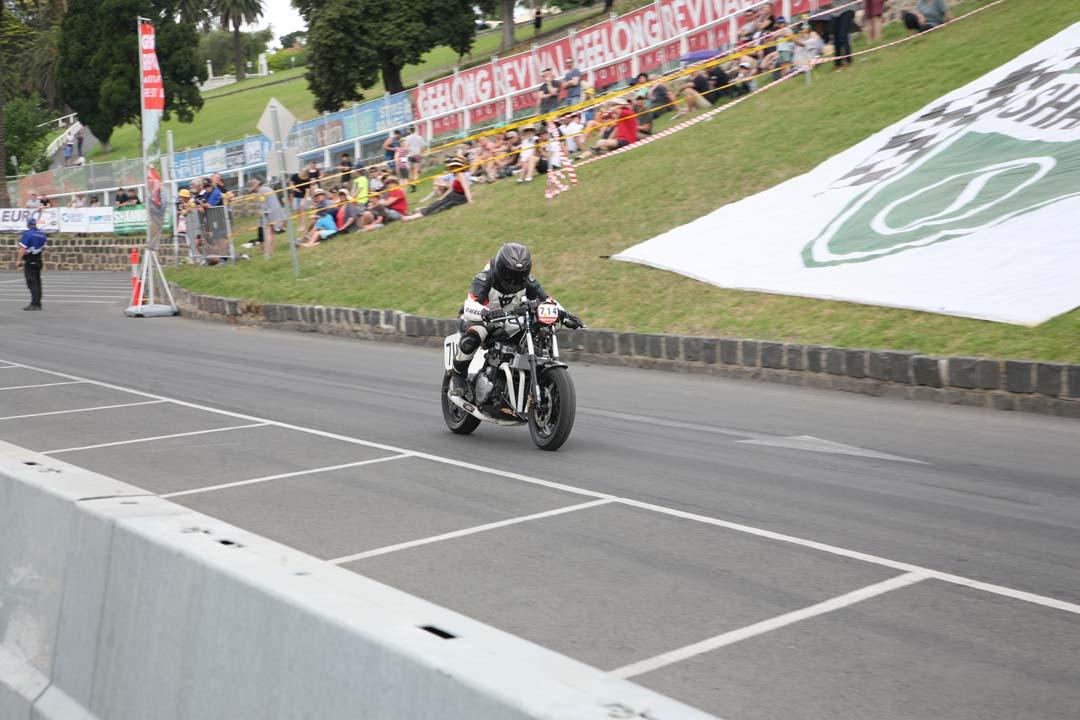 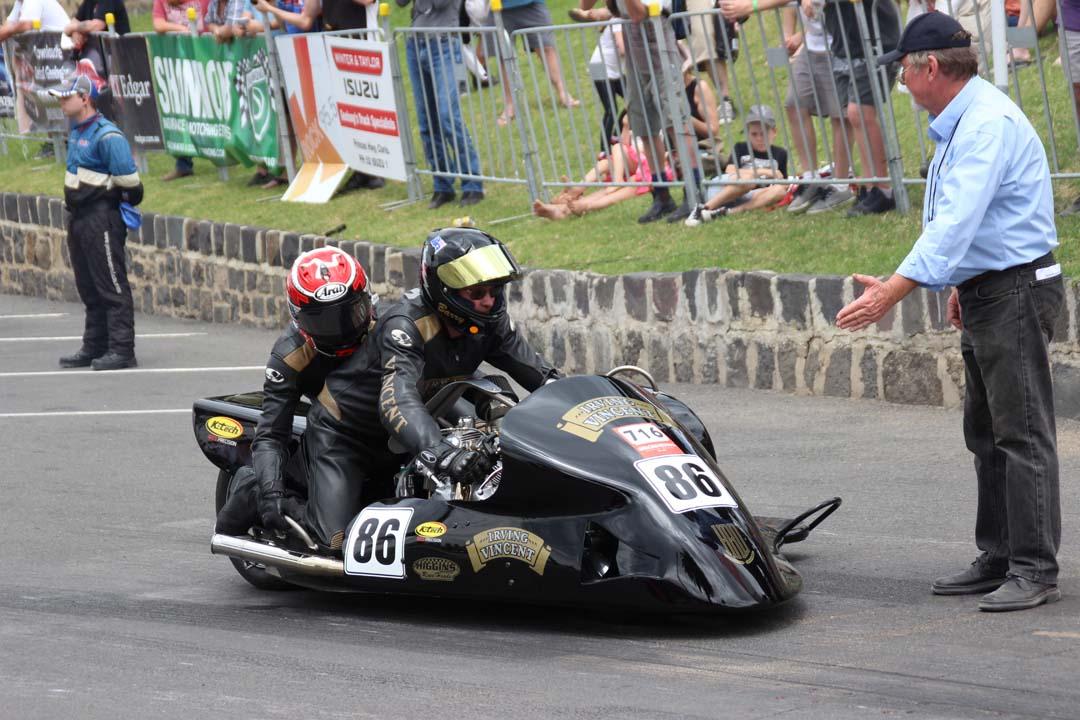 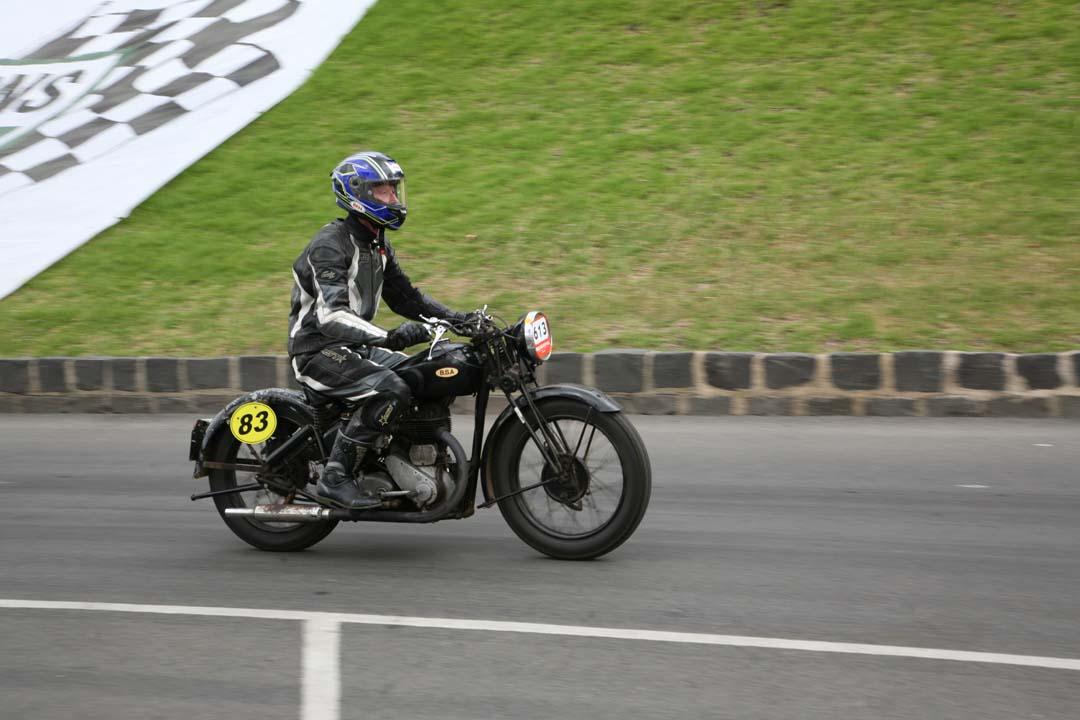 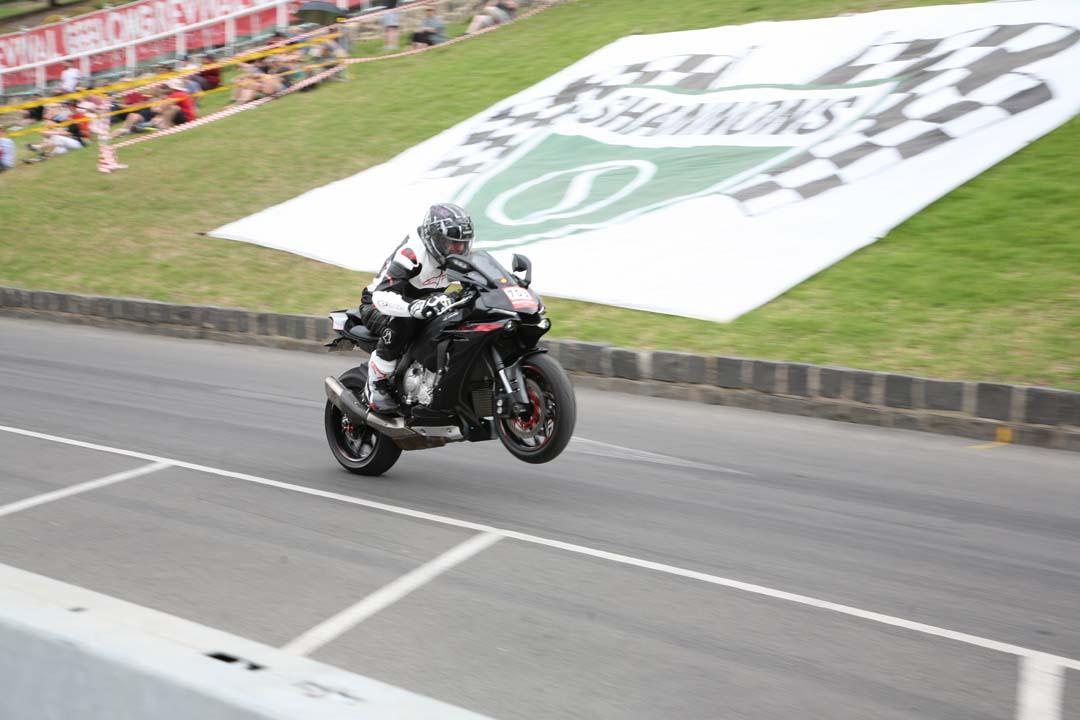 Vincents can Go
The Irving Vincents of Ken and Barry Horner have been a popular attraction at past Geelong Revivals and this year was no exception, with Barry piloting the modern outfit and Ken the ’48 solo.
On Saturday, Ken put the solo in the 13-second bracket, followed by a 12.8533 on Sunday, while Barry improved with each of his Saturday runs in the Exhibition Class to eventually claim a best of 15.2539.
Mick Hone joined the Vincent party, too, throwing a leg over one of the brothers’ later Vincent solos for a few runs in the Exhibition class that were quick enough to grant him entry into the Top 5 Shootout for the Sunday, where he did his best run of the weekend with an 11.9947.
Also on a Vincent was Phil Canning, who alternated between his ’49 model and a new Yamaha R1 across the weekend. 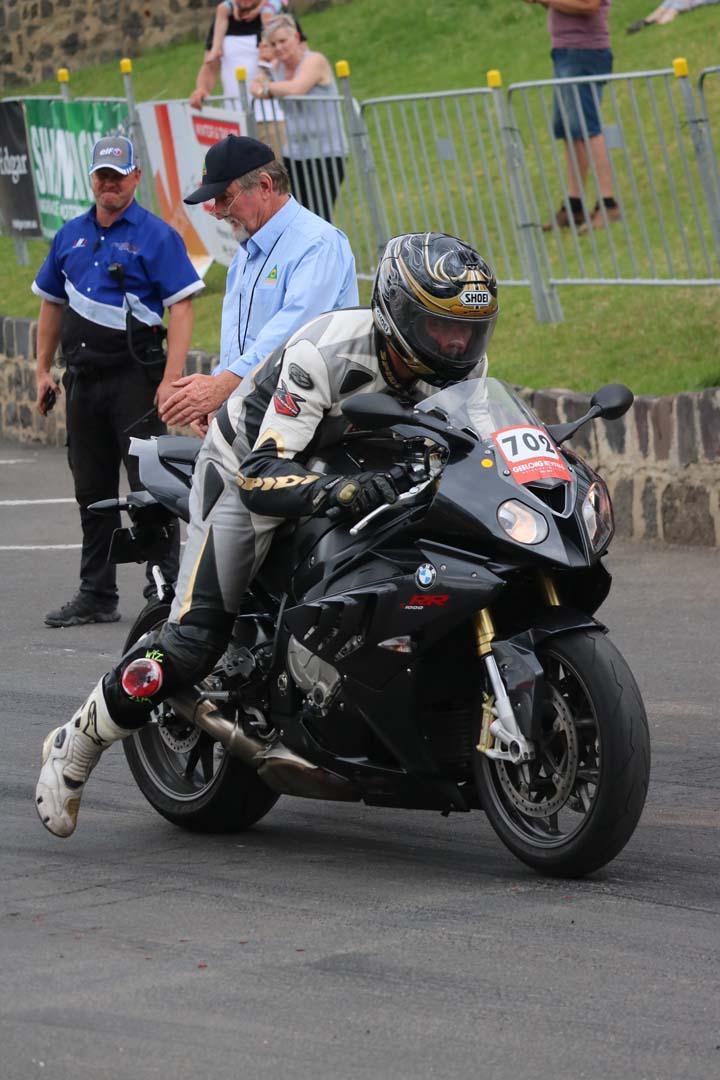 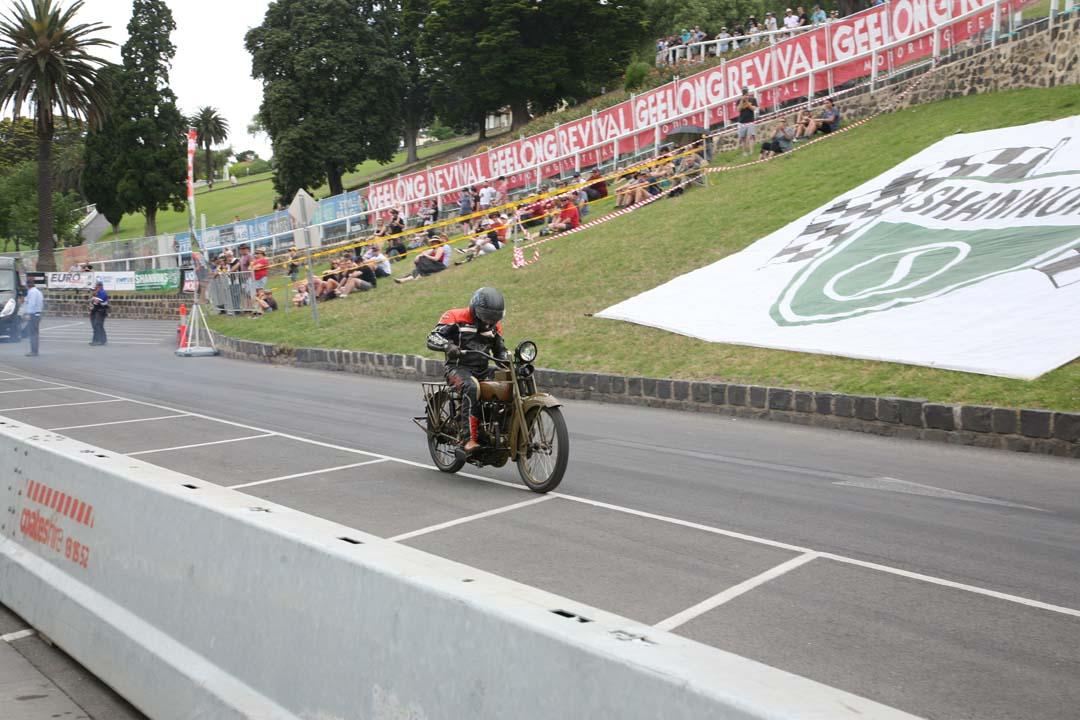 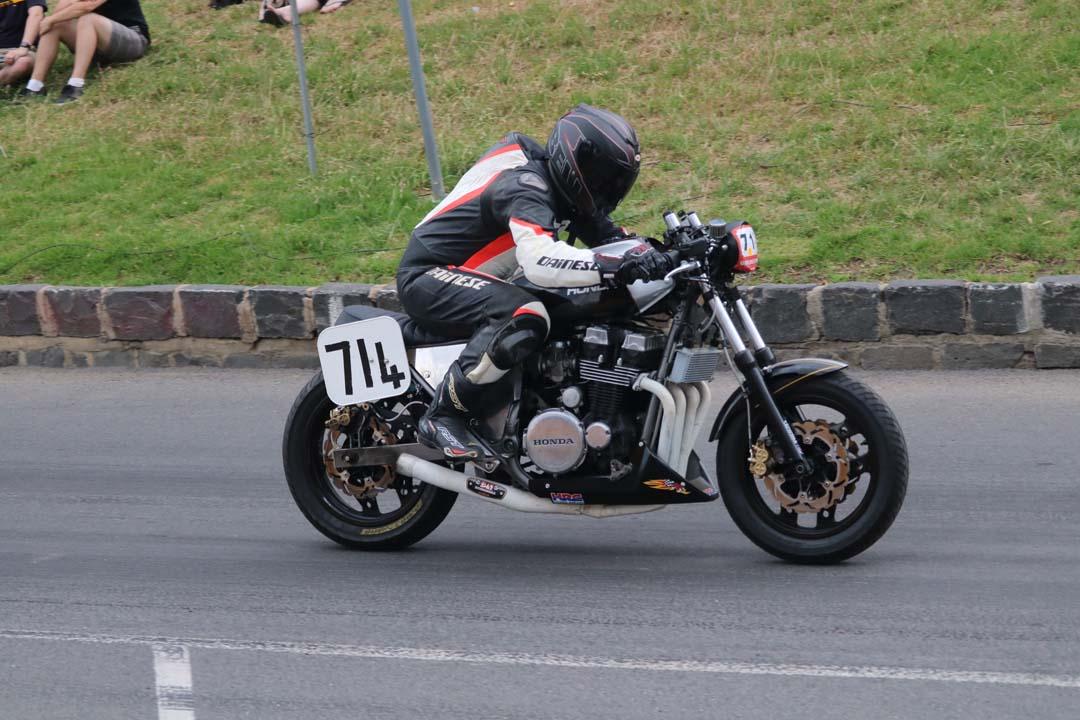 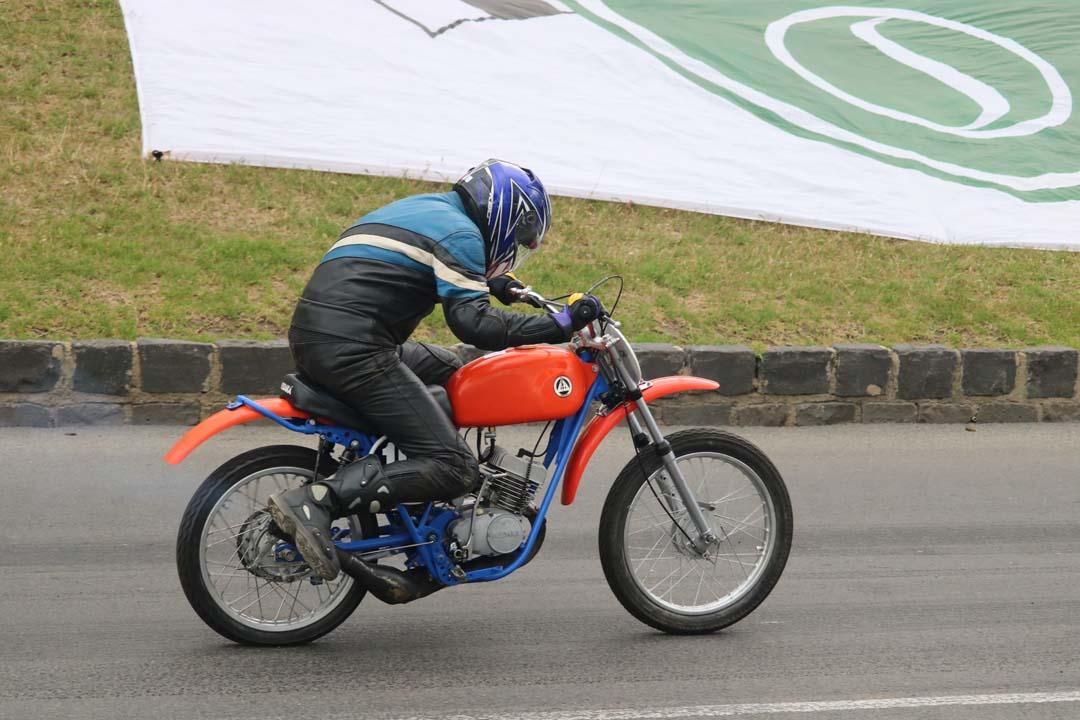 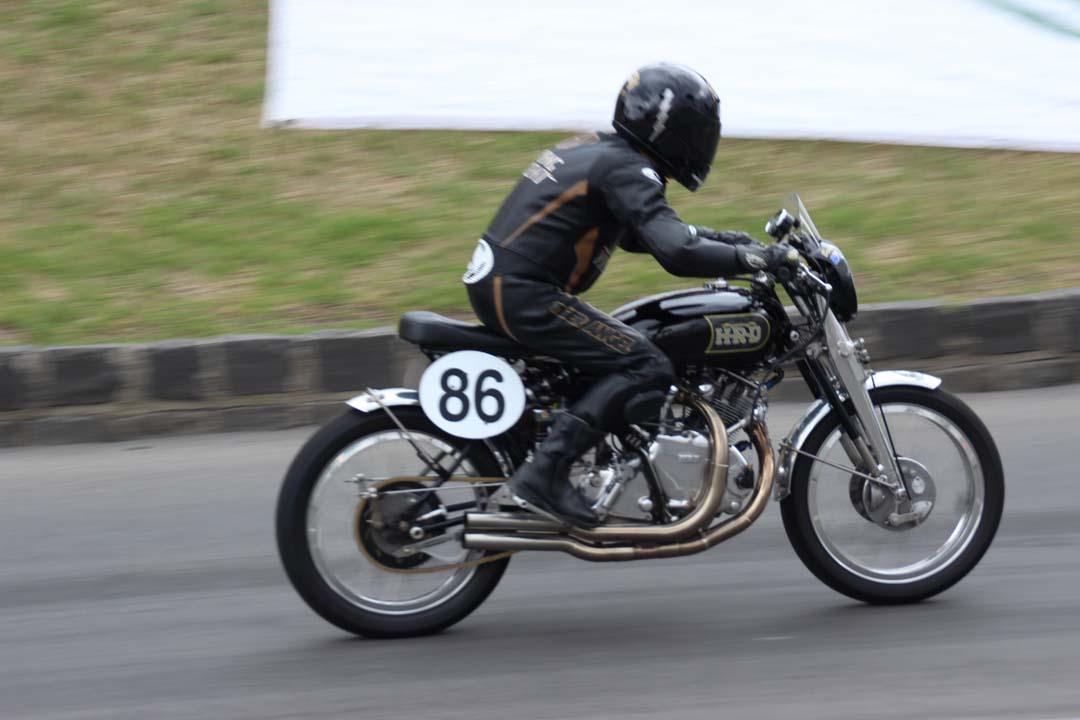 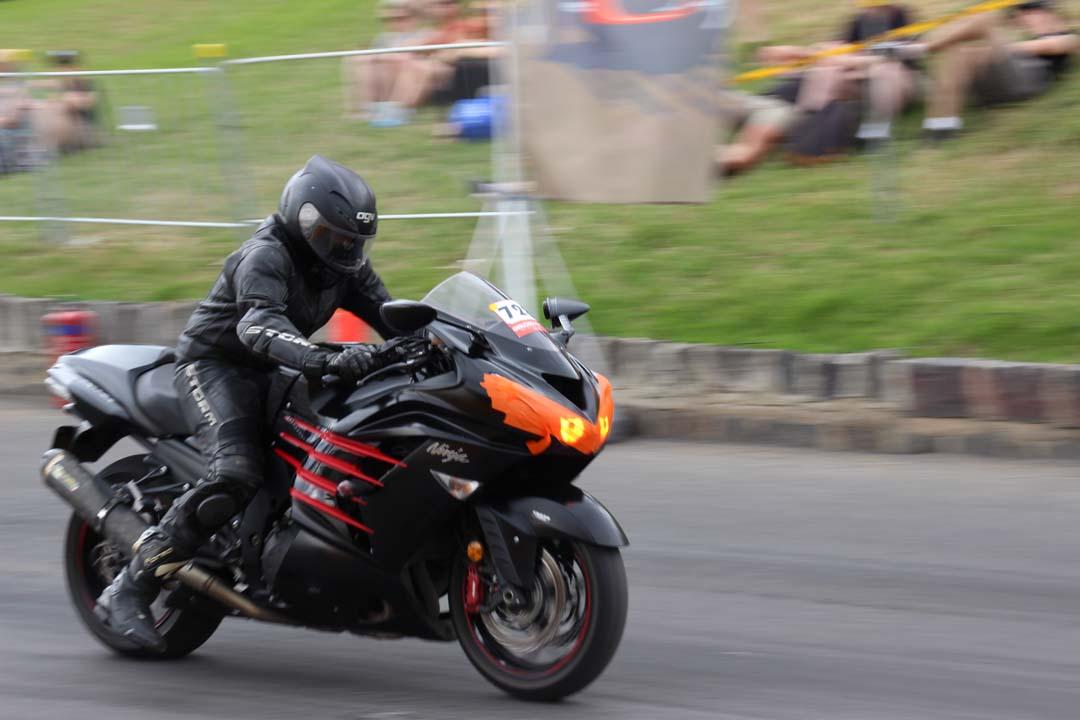 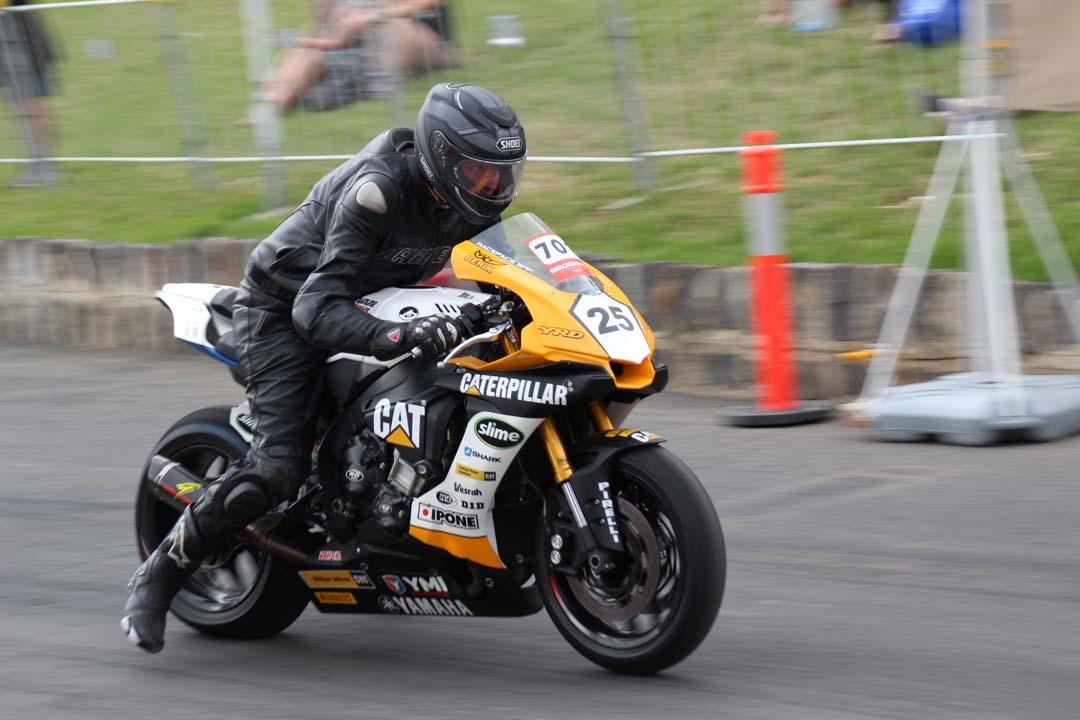