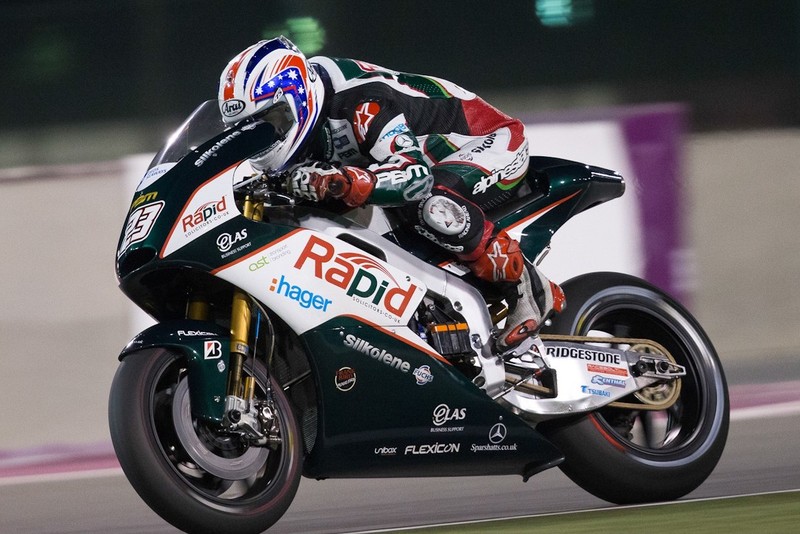 Both Parkes, and his team mate at Paul Bird Motorsport, Michael Laverty, endured their fair share of up and downs during the extended free practise sessions, struggling at various times with their Open-class Aprilia ART-powered machines.

However, eventually it started to all come together and they qualified with Parkes on row seven and Laverty a row further back.

Under the floodlights at Qatar, both riders made keen starts, but Laverty was adjudged to have jumped the start which resulted in a ride through penalty.

Both riders circulated in the top 20 for the opening laps before Parkes upped the pace and by lap nine, he was 17th with Laverty's penalty keeping him from progressing any higher than 20th.

Parkes eventually made his way up to 15th with Laverty following him up the order and that's how they crossed the line after 22 hectic laps to allow Parkes to score a vital point. Finishing 16th, Laverty just missed out.

"To get a point on my MotoGP debut was fantastic for both me and the team," Parkes said.

"I was having a good dice with a couple of the other Open class bikes and we got lucky with a couple dropping out, but I'll happily take the result.

"It was a shame Michael had his penalty otherwise he'd have been up there with us so roll on the next race in Texas where hopefully we continue where we left off this weekend."

Laverty commented, "That was a better race than I expected after a difficult weekend. My pace was good enough for 14th but the ride through penalty cost me dear. All in all it's been a positive start to the championship for us."