After returning a positive test for a prohibited substance at last year’s Malaysian Motorcycle Grand Prix, Aprilia Racing Team Gresini’s Andrea Iannone has been banned from competition by the FIM for 18 months.

Provisionally suspended by the FIM after the results of the A and B samples were released on 17 December, Iannone had his suspension formalised on 31 March, following a hearing by the FIM International Disciplinary Court in February.

Effective from 17 December, 2019, the 18-month ban will exclude Iannone from the entire 2020 MotoGP season (including testing) and a portion of the next season as well, as the ban ends on 16 June, 2021. Iannone’s results were also scrubbed from last year’s Sepang and Valencia rounds, even though he failed to finish both races.

Speaking after the suspension was announced, Iannone said he was surprised by the finding, claiming he had been tested several times in the past without an issue. Unwittingly ingesting meat contaminated with the banned substance has been suggested as a possible explanation for the positive result; an explanation that Iannone and Gresini Racing allege was supported by the FIM.

At time of writing, Iannone was expected to appeal the ban through the Court of Arbitration for Sport, with Gresini Racing stating they’ll back their rider should he do so.

Regardless of the outcome of the appeal, Iannone’s future in MotoGP is uncertain, as his current contract expires at the end of this year. If the appeal is rejected and Gresini Racing choose not to renew his contract, Iannone will be unavailable for any other team for approximately the first eight races of the 2021 season, potentially spelling the end of the 30-year-old’s premier class career. 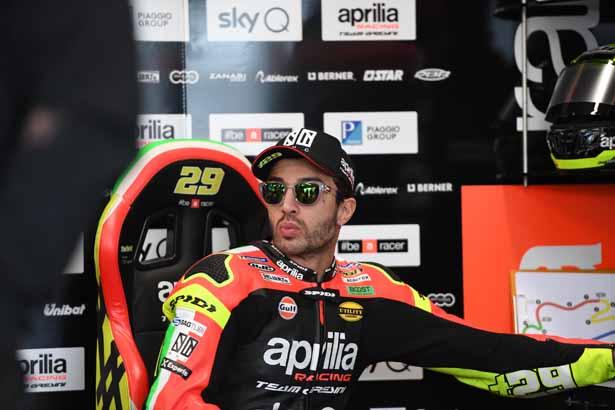