My riding often takes me places where there’s no mobile phone coverage. This has its pros and cons, but for safety’s sake, especially when riding alone, carrying a device that can broaden your mobile coverage via satellite is a smart – and potentially lifesaving - move. 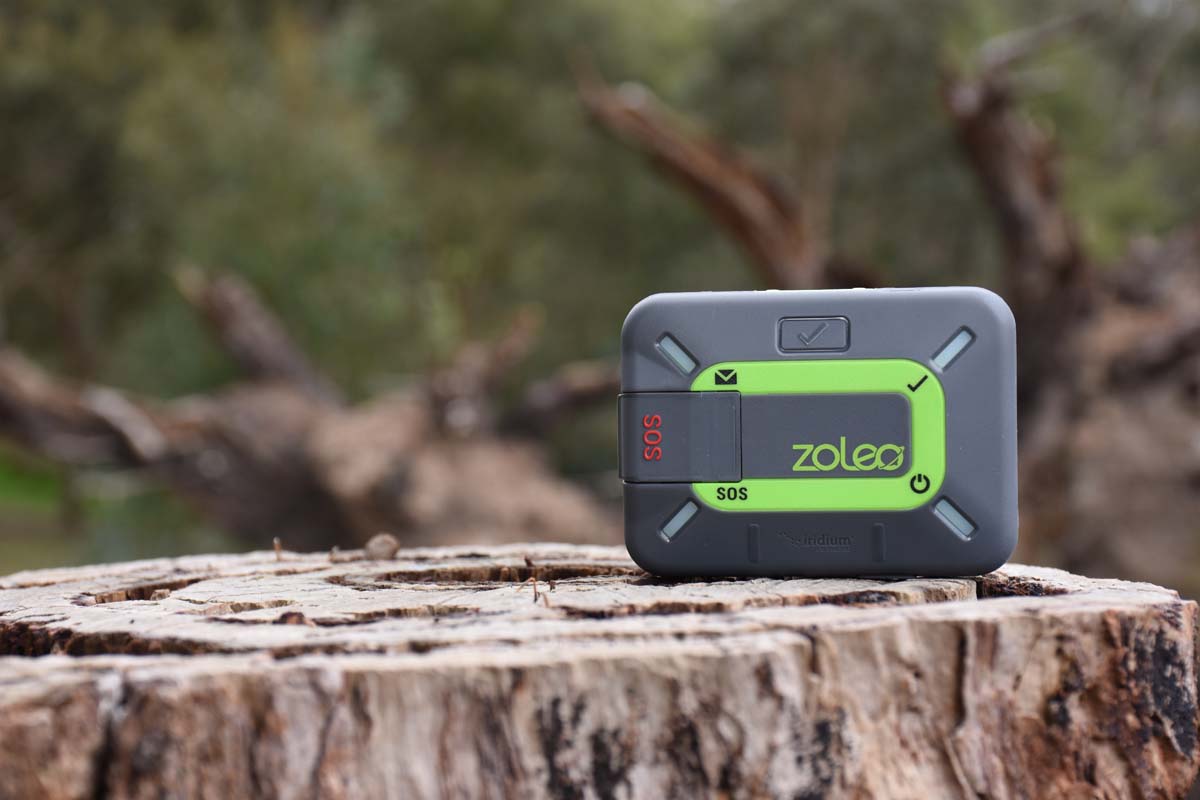 For the past four months, I’ve been using the ZOLEO, which is a global messaging device suitable for four-wheel driving, hunting and camping, as well as riding off the beaten track.

As it works via satellite, ZOLEO eliminates mobile coverage black spots in remote areas, allowing you to send text messages from literally anywhere on earth. It also has a built-in SOS emergency beacon.

About the size of a deck of cards and weighing just 150 grams, the ZOLEO is powered by a lithium-ion battery that runs for 200+ hours, so it will serve you on remote trails for at least a week. Recharging takes around 2 hours.

Based on my experience, the ZOLEO is extremely durable, too, with a dust-, shock- and water-resistant case, as well as the ability to survive temperatures from -20 to 55 degrees Celsius.

How I Use It

When riding solo, I have my ZOLEO set to send a message to my wife every 12 minutes advising of my location so she can see I’m on the move. If I stop for an extended period, I hit the ‘OK’ button and it will send a message letting her know that I am ok. These are all pre-programmed, so no need to muck around typing out messages.

If I need to communicate with other riders, friends, etc., I can by simply using the downloadable ZOLEO app. Friends and family don’t need to be subscribers to download the app, however, they would require a ZOLEO unit if they were also in an off-the-grid location.

The clever thing about the ZOLEO is that it’s smart enough to know when you’re within mobile coverage. When you are, it pushes messages through via your normal data plan. When you’re out of range, it seamlessly connects to a satellite to send messages. This means you won’t be charged for unnecessary satellite usage when you are in regular mobile coverage.

I initially carried the ZOLEO inside my jacket pocket, but discovered it works best by line of sight, so I now wear it externally, either on my backpack strap or attached to luggage on my bike. After using a cable tie to strap the device to my backpack, I also discovered ZOLEO have a ‘Cradle Kit’ with different attachments, including, a slide clip, camera mount and strap connector. I use the strap connector when fitting the ZOLEO to my backpack or my luggage.

I’m using my ZOLEO regularly, so a monthly subscription plan suits me. However, those who are adventure riding less regularly can suspend their account, signing on again when they want to use it – without losing their number and contact details. This ‘pay as you go’ style system is a real plus for occasional users.

One of the key aspects of the ZOLEO is its SOS function. This works like a personal emergency beacon and once activated, it identifies your location – latitude, longitude and a map link – notifies your pre-selected emergency contacts and passes location data on to local emergency services. It also puts you in SMS contact with them, so you can text updates.

Of course, this is all done via satellite, ensuring communication with emergency services isn’t dependent on mobile phone coverage.

Pressing the SOS button produces audible and visual alarms, so if you accidentally activate the beacon, you will be aware of it. If you do trip it by mistake, you can cancel the SOS by SMSing the emergency response team.

Fortunately, I’ve never had to hit the SOS button on my ZOLEO, but the crew at Cape York Motorcycle Adventures carry ZOLEO on their remote riding trips as a matter of course and recently put the SOS beacon to use.

On one of their regular tours along the Old Telegraph Track, a rider went down, suffering a shoulder injury that made riding out impossible.

With no mobile coverage in the section of the OTT they were on, the group activated the SOS button, which immediately notified Renae Kunda at Cape York M/C Adventures HQ.

“Within 10 mins of the first text, the rescue co-ordination team in Canberra called me to confirm that they had a helicopter on Horn Island preparing to depart and that Police had been alerted and would be driving to the location,” Renae explained.

“They’d received all the location and injury information and knew who, where and what injury they were dealing with before calling me. Because of the distance, it took 45 minutes for the helicopter to arrive, but they were able to arrive directly at the incident.”

That bang-on location pinpointing is impressive. Hopefully it’s a service you’ll never need, but it's great to know you have access to it with ZOLEO.

The ZOLEO satellite communicator is available from ZOLEO’s online store, as well as retailers around Australia, including Anaconda, AutoBarn and many more.

Find out more at: zoleo.com