A new player has arrived in the motorcycle apparel market, but this one has a different goal to others. Founded by Scott Wilson, ‘Full Tank Moto’ was launched in November as an Australian-registered charity that brings an altruistic twist to motorcycle apparel.

Unlike other apparel brands that donate a percentage of profits to charity or (none at all), Full Tank will donate ALL profits to charity, specifically The Movember Foundation that supports research into men’s health initiatives like prostate cancer, testicular cancer and suicide prevention.

The idea for what would became Full Tank had been in Wilson’s mind for some time, but was sparked into action when he met multiple Grand Prix World Champion and Isle of Man TT winner, Hugh Anderson MBE, in 2016. The pair bonded through common experience and understanding of men’s health issues, as well as a desire to do more to support men dealing with these issues.

“Initiatives such as Full Tank do a great deal to lift the standing of motorcycling in the community,” says Anderson. “The sense of unity provided by the ideal of giving to a well-promoted health issue unites us all.”

As an approved motorcycle apparel brand supporter for The Movember Foundation, Full Tank are offering a t-shirt range initially, with plans to expand the catalogue in the near future.

To find out more about Full Tank and the current range, go to: fulltankmoto.org 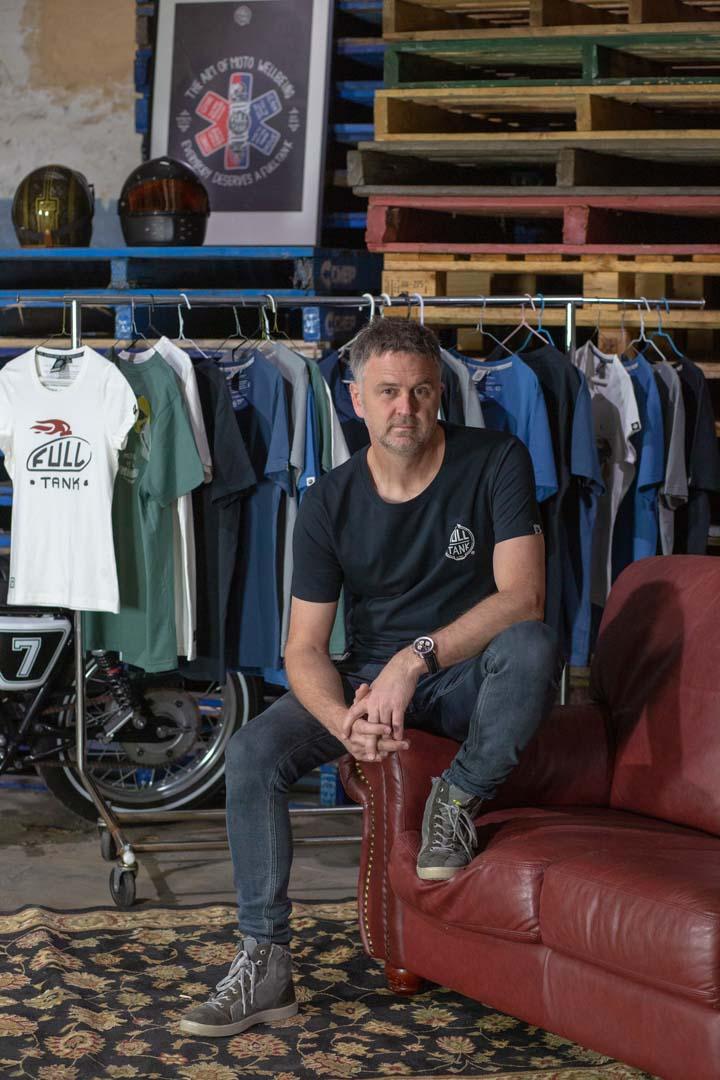