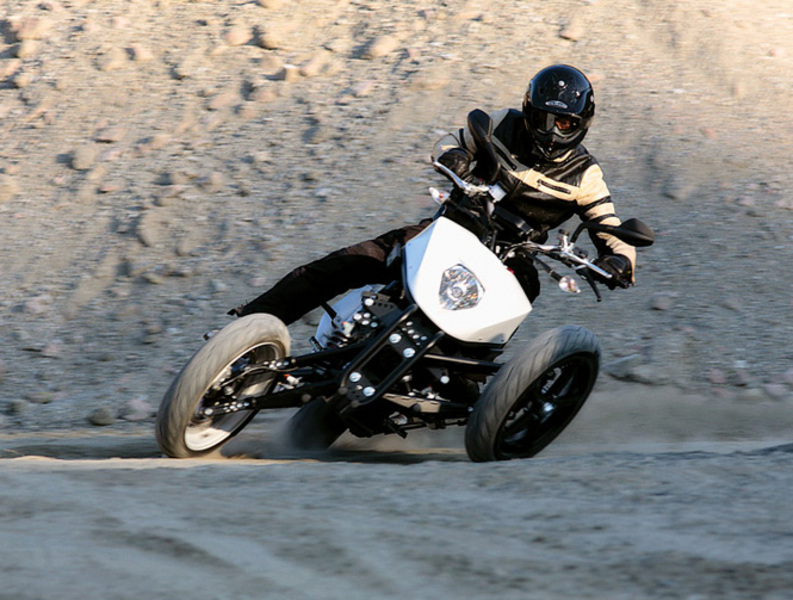 Among the more interesting creations at Cologne's recent Intermot show was the Brudeli 645L Leanster, a KTM-powered trike that, as the pictures show, is capable of some serious lean (45 max) on the sort of surfaces that would send other bikes tumbling!

Described as having the leaning ability of a motorcycle with the stability of a sport quad, the 645L is built in Norway, based largely on a KTM 690 Supermoto bike.
Brudeli announced at Intermot that a road-legal version of the 645L will go into limited production for sale throughout Europe in 2009. 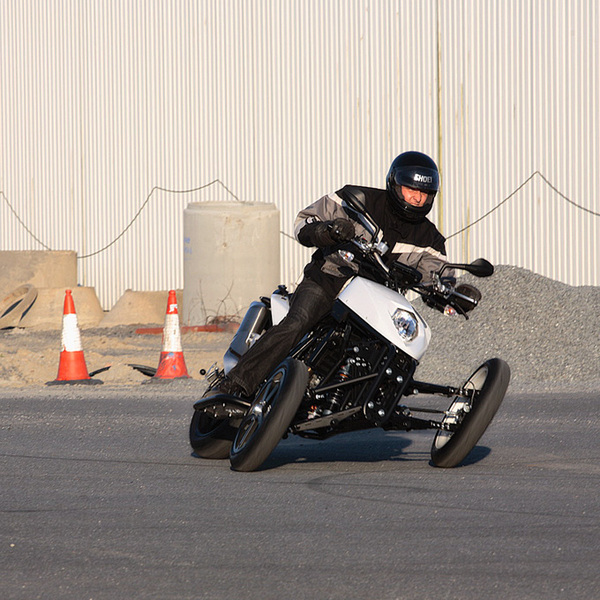