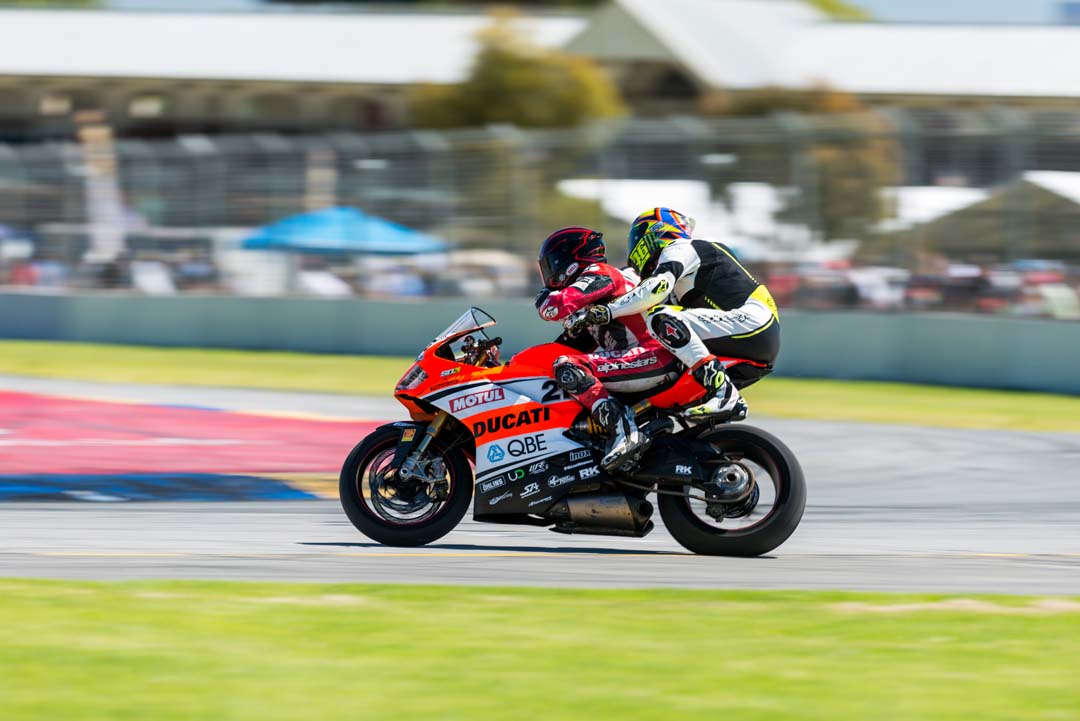 The annual Adelaide Motorsport Festival is already a pretty special event, but the 2017 festival was extra special for WAYNE LAY, who won the JUST CARS competition and scored a two-up ride with three-time World Superbike champion Troy Bayliss. Winners are grinners, they say, but speaking to Wayne a few days after the ride, we reckon he was still grinning!
The pillion rides with Bayliss were just one element of a packed program of on-track action at the 7-10 December event. The ‘Victoria Park Sprints’ on the former Adelaide F1 street circuit included heritage touring cars, classic Formula One cars and modern-day supercars, as well as classic bikes, but for Wayne, the 2-up ride on the back of Bayliss’s Ducati 1199S superbike couldn’t be topped.
“Troy went hell for leather!” Wayne laughed. “He didn’t take it easy! I reckon we did a mono nearly the whole length of the straight!”
Being a rider himself, albeit with a lot more time on dirt than tarmac, Wayne could appreciate Bayliss’s skills on the big Duc, but even he was surprised at how physical Troy had to be to get the bike through the corners: “I was blown away by how much effort he has to put in - after we were doing around 200kph down the straight - to brake and get around the corner. That was quite a shock.
“The cornering and the G-forces under braking made it reasonably hard for me to hold on. But it was a ball – probably the best thing I’ve done, I reckon.
“The whole event was very good. Everyone was friendly and helpful – it was really fantastic. It’s something I’d like to do again – it was that good!”
Congratulations to Wayne and our thanks to the Troy Bayliss Experience and Adelaide Motorsport Festival organisers.
For more details on this year’s Adelaide Motorsport Festival, go to: <a href="www.adelaidemotorsportfestival.com.au">adelaidemotorsportfestival.com.au</a> 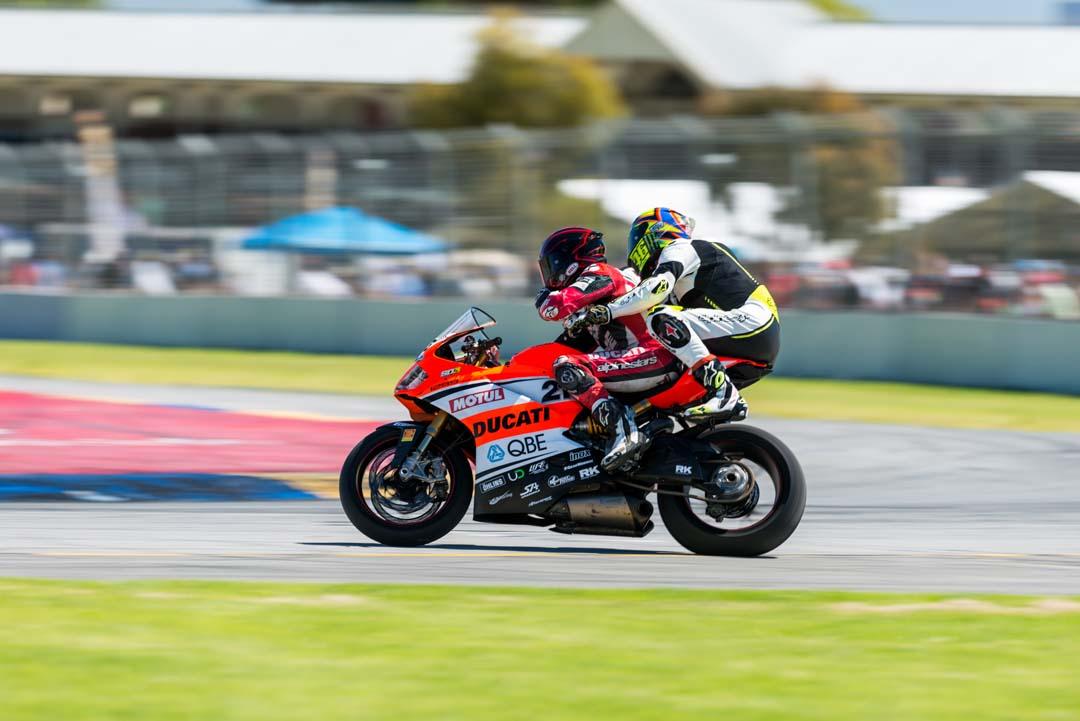 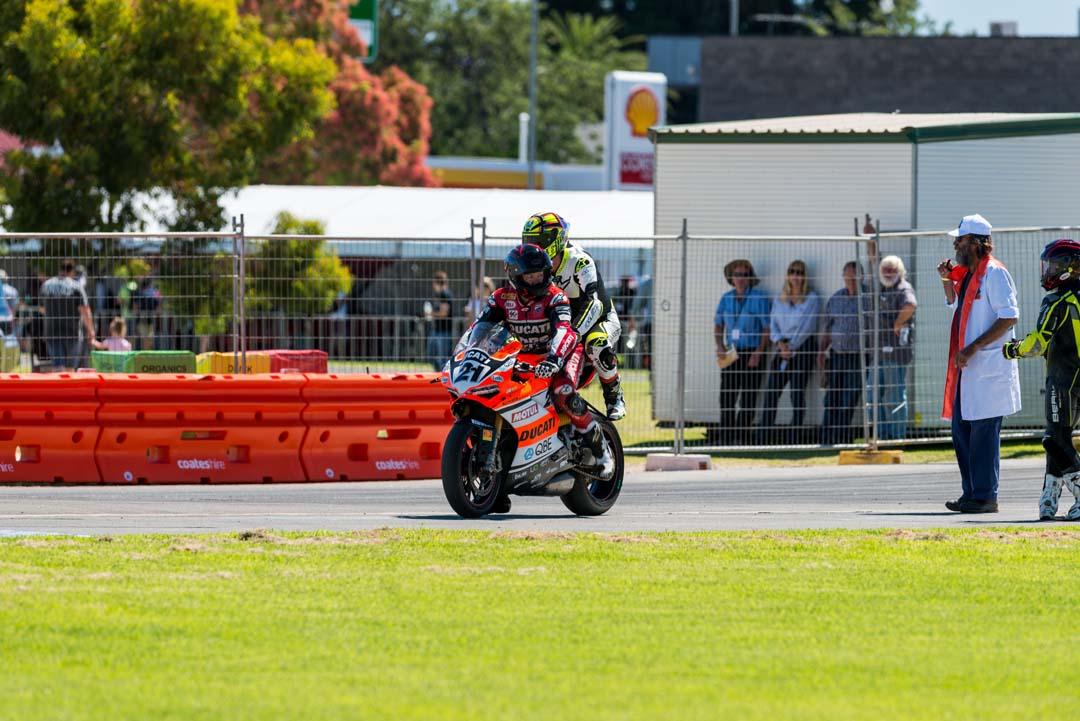 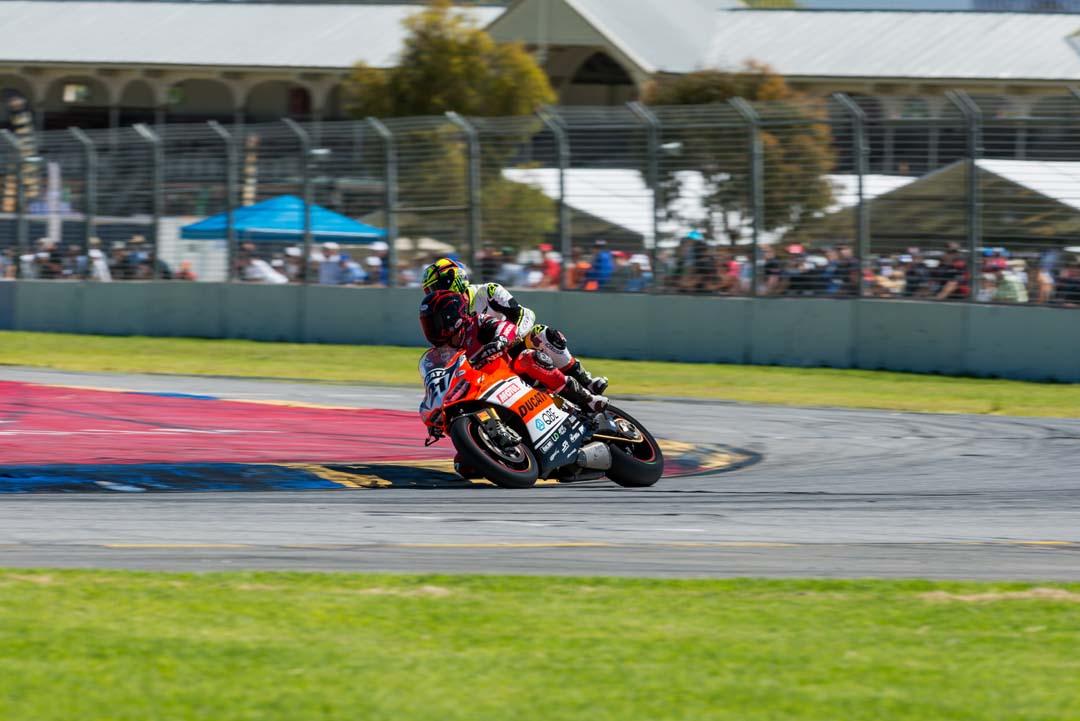