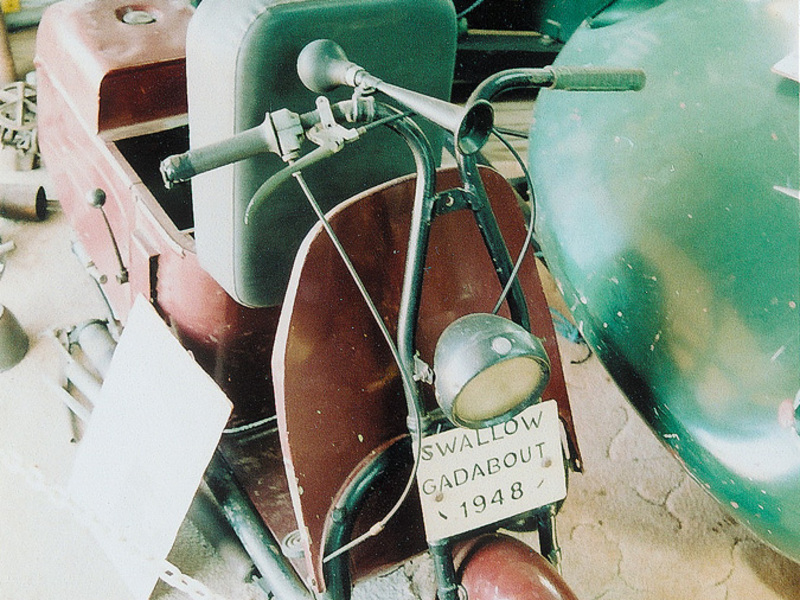 Company founder, William Lyons, sold off the sidecar operation in 1945 to concentrate on the Jaguar cars. Swallow continued to build sidecars, however, and, in 1946, debuted the company's first scooter - the 'Gadabout'. Using a 125cc Villiers '9D' single cylinder 2-stroke engine, the Gadabout offered good economy & reasonably good performance as well as innovative design features like an airdam that directed air from underneath the scooter to the engine (meaning no vents or louvres were required in the bodywork), and sturdy frame tubes that doubled as exhausts. The Gadabout lacked any form of suspension, relying on a well padded seat and balloon tyres for rider comfort.

The Gadabout proved to be quite popular here and overseas. Small numbers also saw service with the GPO and a number of UK police forces.

A Mark II Gadabout appeared in 1949, and featured a fan-cooled Villiers '10D' 2-stroke, as well as a 3 spd gearbox and rubber-block suspension. The last Gadabout scooter was built in 1951.

This rare, Mark I Gadabout was on display at the Lake Goldsmith Steam Rally in Victoria. 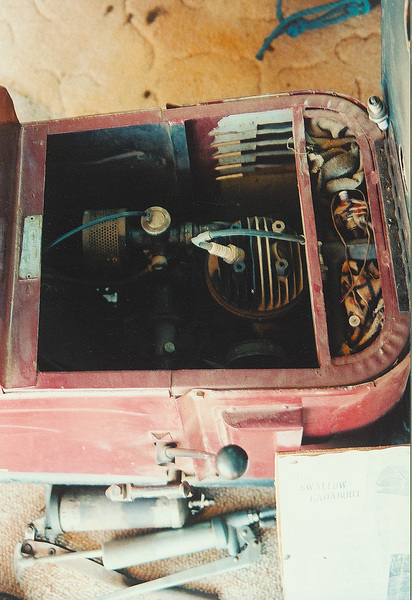