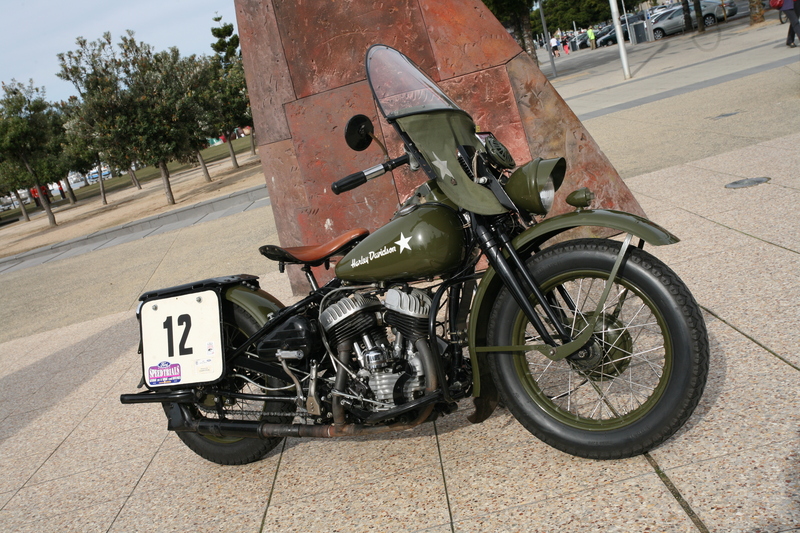 Rod has always had an interest in older bikes, especially pre-War stuff, so when this one became available through a friend of a friend in 1995, he decided to jump in and broaden his motorcycling horizons beyond the UK and Europe. However, it must be said that the bike Rod bought back then was a long way removed from what you see here.

"It was an absolute basket case," Rod laughed. "Dents all over it, painted with house paint! The motor was out of it, sitting on a grubby floor, (but) most of the bits and pieces were there. So that was a big bonus."

Before he even turned a spanner, Rod started with research, spending a good month reading through a Harley-Davidson restoration guide. This gave him the ability to identify parts and processes, and set out a plan for resurrecting the WLA.

Those that know their Harley history will also know that the WLA was one of the most iconic motorcycles of World War II. Along with the Canadian-spec 'WLC', an estimated 75,000 of the 45 cubic inch 'W' machines were produced during the war, with over 26,000 alone going to the USSR. While the Brits preferred their BSAs and Triumphs, along with a few Royal Enfields, Commonwealth forces, including Australia, received over 8,000 WLAs, with locally delivered examples reportedly remaining in service with the Australian Army until the early 1960s.

Harley-Davidson continued to produce WLAs after the war, too, despite thousands of decommissioned military models flooding the market, particularly in the US, where many were 'civilianised' by returning servicemen. Today, a military specification WLA is a popular model amongst Harley's back catalogue, with some restorers going the whole hog and kitting-out their bikes with panniers, ammo boxes, machine gun scabbards, windscreens, crash bars and more, all finished, of course, in that distinctive olive drab paint.

Rod's example has got a foot in both camps. Not truly authentic military spec, nor fully civilianised, either. Rod describes it as a "mild custom", which is pretty accurate, given its gloss paint and subtle selection of chromed and polished parts. To the untrained observer, however, it looks a machine that's rolled straight out of a World War II motor pool.

"The last time I took it out, a bloke come up to me and said 'Harley-Davidson should buy this back off you and stick it in a museum! Because they definitely didn't make 'em like that!'," Rod said.

The restoration took Rod about two years, with the project delayed here and there by family commitments and the like. While any project like this needs a level of mechanical knowledge, Rod said that you really need patience more than anything else. Armed with that patience, Rod found the restoration of the WLA pretty easy, despite having to rebuild the engine a couple of times. Somewhat surprisingly, he was able to source all the spares and parts he needed locally.

"Pacific HD, which advertise in the (Just Bikes) magazine, I used them for basically everything I needed," Rod explained. "They were very, very helpful with the restoration."

Paul Hallam (of Hunwick-Hallam) shaved the heads to make the 45 cubic inch v-twin a little more oil tight, but aside from that, the running gear is 100 percent authentic 1942 Harley-Davidson. The bike gets ridden, too. Rallies with the Classic Motorcycle Club of Victoria, combined with the rides he can make under Victorian club registration laws, means the WLA gets taken for a blat every couple of months or so.

The restoration was still fairly fresh when Rod decided to give the WLA blast in the 1998 Geelong Speed Trials. Now, running a heavy, detuned Harley with vintage brakes and average handling on a sprint course may sound like a recipe for disaster, but Rod entered the WLA anyway. It was all about having fun, really, and Rod was certainly realistic about his chances against the lighter and quicker British race machinery that usually featured in the Period 2 class for bikes from 1920 to 1945.

"I just went down there to have a fun day. Which it was, it was an absolute ball," Rod said.

In 2003, Rod had a bit more success, taking out the trophy for fastest in Period 2, but it wasn't a victory based on outright speed, as Rod explained.

"There was, I think, three bikes entered in the class in 2003. I was the only bike to run, so that's why I got the trophy!," Rod laughed. "I've got this cup sitting at home. It says 'Geelong Speed Trials' winner!," he added, with tongue firmly in cheek.

Rod still has the race numbers he wore back in 2003, to which he's added his class best time of 17.6 seconds. Rod recalls that there was no other WLA entered that year, so the chance of a true head-to-head battle wasn't going to happen anyway. But he was still pretty amused that his 'tortoise' beat a few of the British 'hares'!

As if further proof was needed of Rod's diverse interests when it comes to bikes, he also ran at the Speed Trials in 2002, this time on a '70s-era Suzuki X7. Suffice to say, the nimble 250cc two stroke twin was noticeably quicker up Ritchie Boulevard than the Harley!

When he wasn't competing, Rod was also a regular spectator at the Geelong waterfront event. Amongst the road and race machines across all eras that featured there over the years, Rod has distinct memories of the Britten from 2003, as well as another New Zealand-built 6-cylinder bike that featured a few years earlier (any readers out there remember that one?). Rod also recalls a couple of nice Vincent HRD outfits from around 2002, and another racing outfit with a hot Harley Panhead motor that rocketed up the Ritchie Boulevard course.

With the JUST CARS Geelong Revival approaching, Rod has already lodged his entry, and is hoping to once again have a crack at the sprints. Whether he wins or loses is irrelevant. For Rod, it's all about having fun and enjoying the atmosphere and camaraderie of the event, and checking out the bikes in action and on display.
"I'll definitely be down there!," Rod said. "I'd like to see any bikes down (on the Waterfront) to tell you the honest truth. It'll just be a great day to get 'em all out, I reckon."


Do you have a motorcycle that competed in past Geelong Speed Trials events?
If so, email information and high resolution images, along with your contact details, to [email protected] for the opportunity to be featured in these pages. 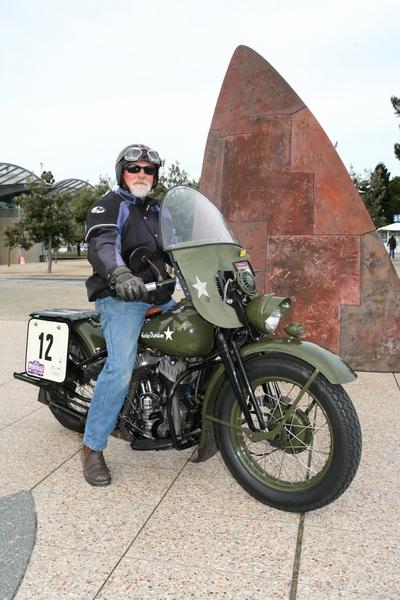 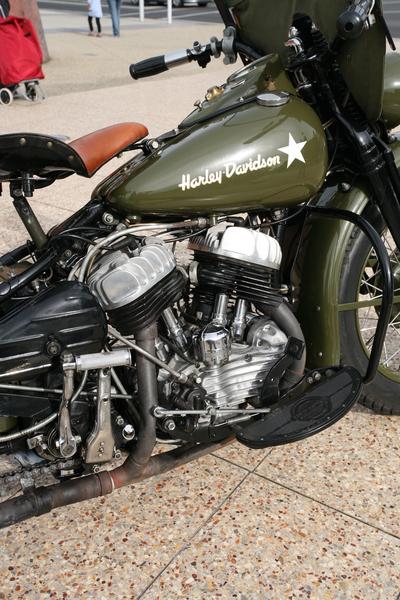 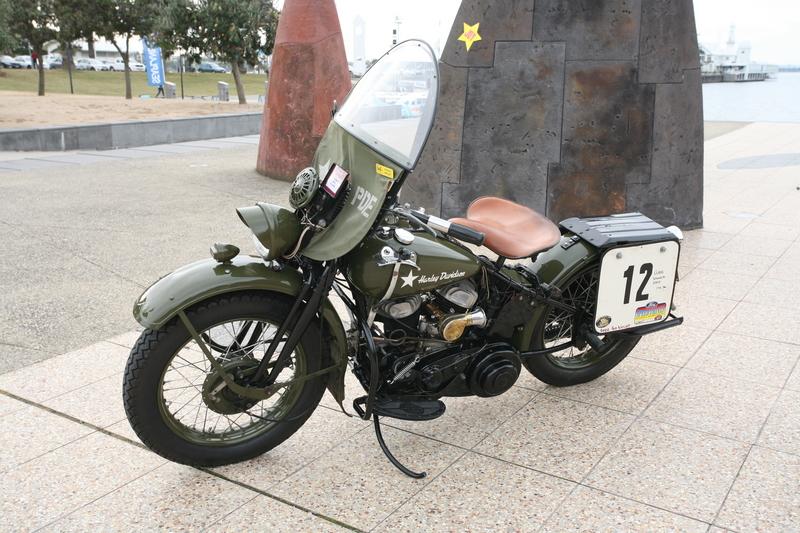 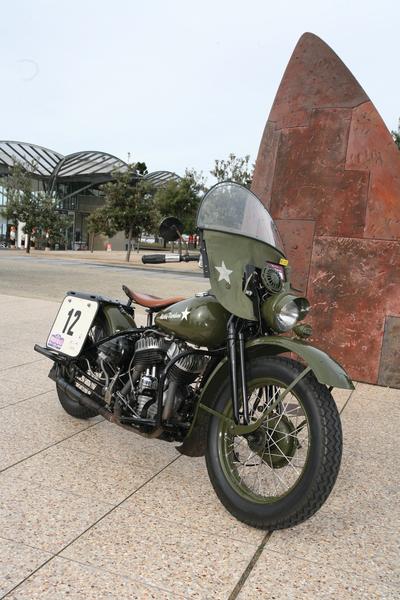 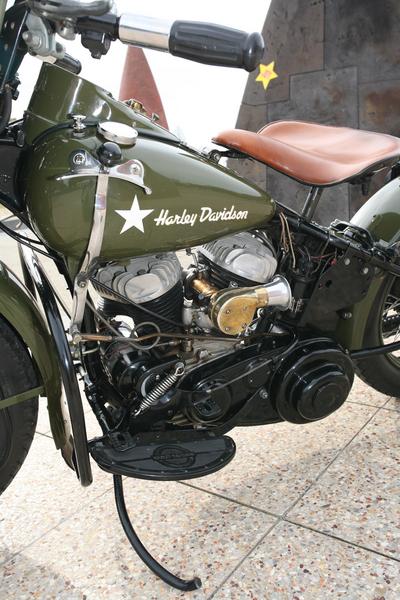